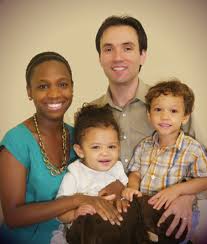 A Libertarian candidate in Virginia cost the Republicans a Senate seat and threw the election to Democrat Mark Warner. And this is only the beginning of what could be a long term trend of Libertarian spoilers as the GOP/GAP dependence on white voters inevitably increases.

And unlike many Libertarians themselves, Leahy and Goldman were willing to identify the obvious demographic where these Libertarian voters come from:

The Libertarian’s 53,000 voters mostly came from younger voters, particularly white males, unhappy with President Obama’s leadership. They generally leaned independent. Very few (almost none, in fact) were Democrats. But a good chunk did label themselves Republicans.

The NBC exit poll shows in stark detail that Sarvis drew from Republicans and independents, but not from Democrats. In fact, self-described Democrats gave Sarvis zero percent of their vote:

Again, WaPo’s Leahy and Goldman spell out the practical political consequences of the white Libertarian curse:

…[I]t is clear the Sarvis Republican voter wanted to protest President Obama’s leadership. If Gillespie had been the only option, they most likely would have backed the GOP nominee. But Sarvis gave them a second option.

Sarvis is a by-the-numbers dogmatic Beltway Libertarian, who thinks that the key to creating freedom at home is replacing Americans with foreigners from abroad:

Many years ago, my mother’s family immigrated, under extreme duress, from mainland China to Taiwan. [Official Robert Sarvis for Senate website]

Any immigration platform premised on such maudlin pap will end badly. Sarvis bragged on his site: “I am the only candidate running for U.S. Senate advocating for a substantial increase in legal immigration.” This conclusion is inevitable when the centerpiece of your politics is securing cheap labor.

This is not to say that the Republican candidate was ideal, or anything other than an empty suit. In fact, Sarvis was being unfair to Ed Gillespie—he is actually a Treason Lobbyist for Conservatism, Inc., a terrible candidate in many ways, but especially for immigration patriots.

However, compared with nearly anyone from the Evil Party, Gillespie would have been an improvement.

Gillespie’s defeat, in the midst of an overall Republican victory, highlights the toxic effect of Open-Borders Libertarianism, Inc. More immigration—both legal and illegal- will result in closer elections, as Leftists will have larger and larger sections of the electorate they will can take for granted—or use as a source for illegal votes. At the same time, we can continue to expect the well-funded Beltway Libertarian movement to chip away at the white voters upon whom the Republican Party must increasingly depend.

What’s worse, libertarians within Conservatism Inc. will continue to advance pro-immigration arguments that will make it harder for the American Right to solidify around a winning, anti-immigration and pro-worker National Conservative message.

Haugh is an avowed “open borders” advocate and a kind of walking caricature of Libertarian stereotypes. For example, he argued that immigration is good because many immigrants open restaurants, “which is awesome.” [This North Carolina candidate wants votes, taco trucks and beer money, By Maeve Reston , LA Times, July 15, 2014]

If it weren’t for the lousy Tom Tillis’s surprisingly strong showing, Haugh’s four percent could have devastating. [Why polls were wrong about NC Senate race, by Michael Cobb, WRAL News, Nov. 6, 2014]

Beltway Libertarians have long been the bane of patriots, promoting ludicrous and destructive ideas about Open Borders even as they ignore the statist consequences of their preferred policies.   While the beleaguered paleolibertarians like Hans Herman-Hoppe provide excellent Libertarian analysis of the disastrous consequences of immigration, a dogmatic Open Borders stance allows Beltway Libertarians to adopt a pose of faux rebellion while remaining safely Politically Correct.

The truth is that with a massive welfare state, Affirmative Action, and assistance from foreign governments, the current Third World immigration swamping the West is governmentpolicy—not laissez-faire in action.

This emergence of Libertarian spoilers is a problem that will only increase. Every Senate seat is critical, as not every Republican elected was sound on the National Question. The Senate is the source of many of our current difficulties including the Gang of Eight plan. Observers looking to the future recognize that whatever Republicans do over the next two years, 2016 will be difficult because of the large number of GOP Senators up for reelection in very tough states. [Even if GOP takes Senate, it will be hard to hold it in 2016, by Philip Klein, Washington Examiner, March 20, 2014; Sure, Republicans can win the Senate in 2014. But can they keep it in 2016?, by Chris Cillizza, Washington Post, March 21, 2014]

In elections where a few thousand votes can decide a critical seat in the upper chamber, Libertarians are playing with fire.

Objectively speaking, it is hard to see what Libertarian efforts are accomplishing besides advancing the cause of Big Government.

But Libertarians are being effective in preventing the American Right from taking a strong stand on the National Question and stopping immigration, both legal and illegal. As Establishment Libertarians have proven time and again, for them promoting immigration always comes before fighting for limited government.