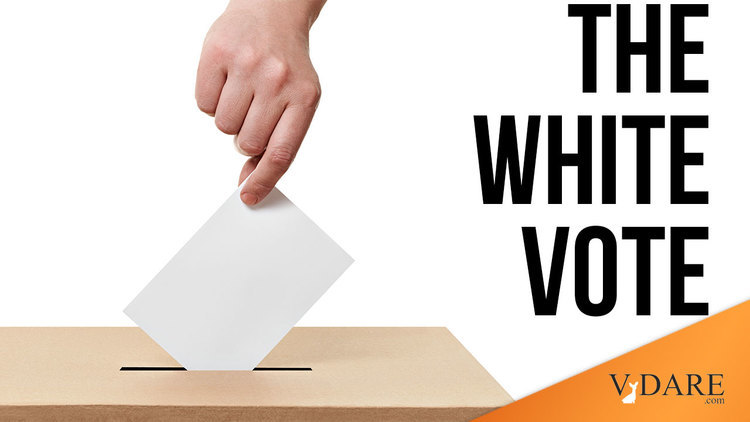 Thom Tillis, perhaps only second to Ed Gillespie in terms of serving as a GOP Establishment caricature, is still trailing his opponent Senator Kay Hagan by 3 points in the latest SurveyUSA poll.  [Results of SurveyUSA Election Poll #21831] (PDF)

According to this poll, Tillis is winning only 53% of the white vote compared to 36% which goes to Hagan.  Four percent of white voters are still undecided.

For comparison's sake, CNN exit polls showed Mitt Romney won 68% of the white vote in North Carolina in 2012 — a full 15 points higher than what Tillis is polling today.  Romney won the state by two points.

Interestingly, this poll also shows Tillis with a slight advantage in the Hispanic vote, though this may be twisted by a smaller sample size and pollsters' bad habit of only profiling English speaking Hispanics (who tend to have a higher socioeconomic status and lean more towards Republicans.)  Either way, it doesn't seem to be doing him much good.

Tillis is being hurt by Libertarian candidate Sean Haugh, who is taking more votes away from Tillis than his opponent and is winning 6% of the white vote.  Haugh's position on the National Question, by the way, is simple.  In his own words, "[He believes] in open borders."  However, it's not helping him win Hispanic voters (or black voters).

The problem for Tillis is that he's running an extremely conventional, insider, Establishment style campaign against an incumbent.  He's also not giving his base anything to be excited about, which is why this goofball Haugh can play spoiler.

Of course, if Haugh does cost Tillis the election, there's a deeper reason.  If you spend half a century obsessively defining the American Right as the defense of "limited government," eventually your base is going to start believing you.  And when you've never actually cut the size of government but keep repeating the same slogans decade after decade, some people are going to get frustrated and look for alternatives.

These Libertarian candidates who are picking off Republican voters in close elections are a huge problem for the GOP this year — but it is one they invited by closing the door to a more populist, National Conservative approach that focuses on stopping mass immigration, exploiting issues like Official English and racial preferences, and confronting outsourcing and other plutocratic policies.

But we know who doesn't want that.