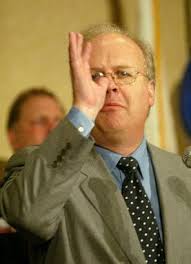 Down in North Carolina, Karl Rove’s nominee for Senate Thom Tillis is confirming the expectation I expressed back in May: After North Carolina: Q – Will Whites Vote For The AdelZuck Party? A – Not Enough. Not one poll has shown him ahead and most show him significantly behind in a state Romney carried in 2012.

Tillis’s immediate problem is that his well-funded opponent Kay Hagan has been able to focus the issue on his questionable activities as Speaker of the NC House rather than her equally questionable and far more relevant record of slavish Obama support in DC—including voting for Amnesty.

Tillis is silent on immigration—but he is in favor of war. The Daily Haymaker explains in #ncsen: ISIS, Khorosan? But what about OUR southern border? Sept 30 2014

DC has got candidates talking about ISIS... Thom Tillis is running ads about ISIS.

But we’re not hearing much about what is arguably our most pressing national security issue: our porous Southern border we share with Mexico.  We’ve had the unaccompanied minors flooding across.  The feds have been dumping some of them in North Carolina without even bothering to notify local authorities.  (Oh, and they are ALL eligible for ObamaCare. )

(This fine post deserves reading in full.) Being pro-war is completely stupid electorally as I discussed in the summer of 2012: Subservience To NeoCons Costing Romney White Blue Collar Women Vote. For every testosterone-poisoned young man or absurd Christian Zionist, there are probably two or three women who realize that it is the blood of their sons, brothers and husbands which will flow. And in this particular state, very likely quite a few veterans who have seen enough war.

Tillis pushed through the driver licenses and E-Verify watering-down here in North Carolina.  He also made some overtures to the Farm Bureau indicating he might be open to some of this amnesty stuff.

A check of FEC records finds that Carolina Rising, a PAC run by former AFP state boss Dallas Woodhouse, has been funneling significant chunks of cash into the coffers of Crossroads Media, LLC – a DC firm closely allied with American CrossRoads,   the DC based PAC directed by Karl Rove that supports Thom Tillis and other Rove- blessed candidates.

Some $3.3 Mm was coughed up last month which at traditional ad agency commission rates means almost $500,000 for the Rove interests.

(Carolina Rising has tried to dodge this accusation but I think The Daily Haymaker had the better of the exchange: #ncsen: Dallas says NO Rove tie. We beg to differ.

My guess is that the reason Tillis is running belligerent ads is because that is the only spending his former backers will finance. As I said in Slave Power Congresscritter Ellmers Losing NC-02? Where Are Her Rich Friends?

…between the candidates they succeeded in forcing on the GOP and the Democrats, the AdelZucks are quite indifferent….Both species of Pol can be allowed upon to obey orders on immigration, foreign policy and the social policies that the AdelZucks favor. So why spend money?