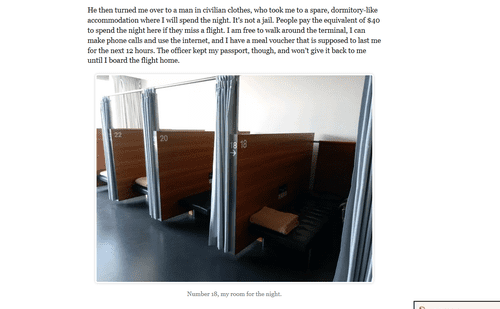 “The Lamps Are Going Out All Over Europe”—Jared Taylor, Martin Sellner Travel Bans Show The “Free World” Is Finished

“The lamps are going out all over Europe, we shall not see them lit again in our lifetime,” commented British Foreign Secretary Sir Edward Grey on the eve of his country’s entry in World War I. Something similar came to mind when I heard that American Renaissance Editor Jared Taylor has been banned from Europe until 2021.

Taylor was scheduled to speak at the Scandza Forum in Stockholm, a conference that was, in a bitter irony, set to focus on Anarcho-Tyranny. On trying to change planes in Switzerland, he was informed that he was banned from Europe’s Schengen Zone at the request of the supposedly conservative government of Poland. [Letter From Zurich Airport, by Jared Taylor, American Renaissance, March 29, 2019] Note that not only was Taylor not informed of this when he checked in at Washington D.C.’s Dulles airport but, in an act of bureaucratic spite, he was flown back to New Jersey’s Newark Airport, forcing him to make arrangements to get back to his Virginia home over 200 miles away.

Last September, I gave a few talks to nationalist groups in Warsaw. The talks went well, so when I was invited to Lithuania and Estonia in February to speak at conferences, I went back to Poland and spoke in Lublin and Warsaw. Attendance was by invitation only, but the Polish police learned about the meetings. They told the organizer that if I broke any Polish hate speech laws, he would be held responsible. They said I was “spreading a totalitarian ideology.”

This of course is complete nonsense. As even his enemies will concede, Taylor has never advocated a totalitarian system or state repression. He has only been the victim of such tactics.

It’s impossible to avoid the comparison to Hungary’s detention and expulsion of Richard Spencer in 2014, reportedly because of Obama Administration pressure. Of course, this did nothing to stop continuing the Main Stream Media campaign against that country. The U.S. State Department (even under President Trump) continues to fund media outlets campaigning for the overthrow of the Hungarian government.

Another incident also shows the spread of state repression. After the Christchurch NZ shooting, possession of certain guns and even of the shooter’s manifesto was criminalized. But even more outrageous is the campaign against Austrian Identitarian leader Martin Sellner. Sellner had his home raided by police because the shooter, unknown to Sellner, had donated to the group in 2018. This led the “conservative” government of Sebastian Kurz to propose dissolution of the group “if the law allows it” [Austria considers ban on Identitarian movement after Christchurch killer donation, by Chris Tomlinson, Breitbart, March 27, 2019].

In fact, thus far, an investigation has found no actual relationships between the killer and Sellner [Austrian Interior Minister: No personal relationship between Christchurch suspect and Martin Sellner, by Chris Tomlinson, Breitbart, March 31, 2019]. Yet these nonexistent “links” were enough for the U.S. government to ban Sellner from traveling to the United States where he was planning to marry American Brittany Pettibone [Austrian far-right extremist denied US travel permit after Christchurch link, DW, March 28, 2019]. (It’s amazing how quickly the U.S. government can control the borders when it really wants to.)

Main Stream Media enforcers cheered. They’ve also written countless stories of “links” between Sellner and the killer, even though no such links exist other than a random donation.

In another bitter irony, the New Zealand killer explicitly said in his manifesto [PDF](which of course New Zealanders and others are forbidden to read) that he wanted repression of moderate groups as part of his strategy to increase the likelihood of violent conflict. His donation was presumably part of the strategy. The Austrian government and the MSM are following the killer’s playbook.

If Vladimir Putin imposed restrictions on a political opponent on these same grounds, the cries from the likes of Bill Kristol would be deafening. Yet U.S.  journalists are eagerly joining in this effort at repression rather than opposing it.

Studies show journalists as a class are given to alcoholism, emotional instability, and simplistic thinking. [Journalists have emotional and alcoholic issues, study says, by Thomas Phippen, Daily Caller, May 19, 2017] So it’s possible they are simply stupid enough to think Martin Sellner is a terrorist.

Yet it’s more likely that they are dishonestly declaring existence of “links” between the New Zealand shooter and the Austrian Identitarians because they know most readers won’t look beyond clickbait headlines. This is another way in which the “guilt by non-association” tactic continues to spread in the American media.

For several years, I’ve thought Christopher Hitchens did the right thing for his reputation by dying when he did. Had he lived, he undoubtedly would be called an “Alt Right” figure today—because he both defended free speech and suggested unpopular speech deserves “extra protection.”

Since the 2016 election, journalists have been increasingly open about their political bias, dispensing with even the pretense of objectivity. [Trump Is Testing the Norms of Objectivity in Journalism, by Jim Rutenberg, NYT, August 7, 2016]Yet only the most naïve readers believed the media was “objective” anyway. What is now most telling is the open advocacy by MSM operattives to deplatform political opponents and shut down opposing media. Journalists are no longer the great defender of “free speech,” but its greatest enemies.

As free speech is criminalized all over Europe, one must ask whether the “free world” even exists in any real sense.

President Donald Trump bears heavily responsibility for all this. While the president continues to enjoy stalwart support from his voters, the White House has shown the most abject cowardice in defending its own personnel. Speechwriter Darren Beattie was thrown aside the minute CNN complained. Thus staffer Taylor Weyeneth was also purged, along with others, when JournoFa demanded it.

For all Trump’s bluster against the “fake news,” journalists have far more power over Trump Administration personnel than the president himself. This feeds the beast of Political Correctness and emboldens journalists to seek more scalps.

As Jared Taylor said in a powerful video taped before his trip, the president has done nothing to stop the deplatforming and censoring of his supporters:

Trump even seems to have abandoned his fight for the white working class, a group he no longer even mentions (unlike Andrew Yang.) Instead, he makes tiresome boasts about low black and Hispanic unemployment. [Stop bragging about black and Hispanic unemployment rates, by John Crisp, VC Star, February 24, 2019] Winning issues like Official English are simply ignored, as is the president’s immigration platform. Only the most self-interested shill or brain-dead Conservative Inc. huckster could be surprised that Bernie Sanders now holds a commanding lead over President Trump in Pennsylvania. [Poll: Biden, Sanders hold double-digit lead on Trump in Pennsylvania, by John Bowden, The Hill, March 29, 2019]

If Jared Taylor can be banned from traveling and Martin Sellner can face legal repercussions for receiving a donation, anyone can be targeted.

It’s at least possible to discuss racial and sex differences, human biodiversity, and serious history in China, Japan, and South Korea. It is not possible in most Western countries.

If I must be subjected to authoritarian rule of an unelected body, I might well rather submit to a Chinese Politburo of serious and intelligent men rather than government via JournoFa and Antifa.