National Data | The Contours (And Immigrant Status) of Crime

The economy, terrorism, immigration. All are hot button issues in this election cycle. But crime? Well, if you mean 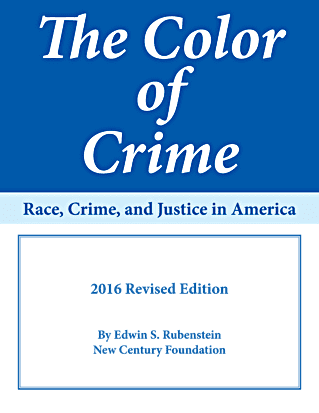 crime committed by criminals, the issue has faded. Violent crimes, a category that includes murder, rape, robbery, aggravated assault, and domestic violence, are down by about two-thirds from their 1994 highs. But unreported amid this good news: the black and Hispanic share of such crimes has risen. And some—how many?—are immigrants.

I document this development in my Color of Crime 2016, [PDF]recently published by the New Century Foundation. Data in this article is documented there. 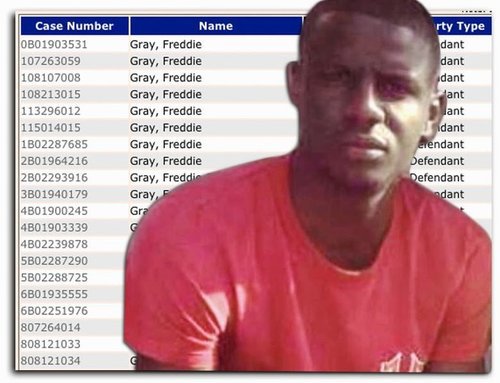 The past few years have seen an unprecedented concern about racial bias in law enforcement. Deaths of young black men at the hands of police in Ferguson, Missouri and Baltimore, Maryland led to serious rioting. These and other deaths—some captured on cell phone video—gave rise to the Black Lives Matter movement, which has carried out hundreds of demonstrations across the country. The crime “problem,” as understood by many Americans, is epitomized by a few such high-profile, much-publicized, cases.

As a result, the criminal justice system itself is on trial. And the alleged perpetrators—the police and the courts—are widely assumed to be biased against blacks for sure, and probably against Hispanics as well.

But the data simply do not bear this out. There were an estimated 11,300,000 arrests made in the United States in 2013. Data presented in COC 2016 suggest that police arrest violent criminals, and courts sentence them, in close proportion to the rates at which criminals of different races commit violent crimes.

Thus when we see a place where blacks are 31-times more likely than whites to be arrested for murder, and Hispanics 12.4-times more likely—as was the case in New York City in 2014, see table above—this is a reflection of black criminality, not evidence of a police department out of control.

Based on current patterns, if the Big Apple was all white, the murder rate would fall by 91% and non-fatal shootings would drop by 97%. You could lay off most of the NYPD.

Mistakes are made, of course—but not always in the way you might think. In 2015 police killings of blacks accounted for approximately 4% of homicides of blacks. Police killings of unarmed blacks accounted for about 0.6% of these homicides. (Homicide is the term for any deliberate killing, no matter how justifiable.) It turns out, however, that black officers are nearly twice as likely as white officers to shoot an unarmed black (11.4% of all shootings by black officers vs. 6.8% of all shootings by white officers.) The percentage of such shootings by Hispanic officers—16.7%—was even higher.

Government data is silent on the police shooting issue. The figures cited above are from an ongoing Washington Post analysis of fatal police shootings posted on their website. Data on interracial crime, readily available when the previous COC was published in 2005, have not been made public since 2009.

But what about immigrant crime? This was brought into focus on June 16, 2015 when Donald Trump famously said of Mexican immigrants: “They’re bringing drugs. They’re bringing crime. They’re rapists. And some, I assume, are good people.”

Disgracefully, as documented in devastating detail by Ann Coulter in chapter  Seven (“Immigrants and Crime: Why Do You Ask?”) of Adios America!, immigrant crime has always been a statistical black hole. While prisons can easily determine the race and ethnicity of inmates, determining immigration status is harder. Immigration status is generally based on self-reporting, and convicted felons are not eager to reveal their lack of citizenship because they could be deported after they are released. So-called “Sanctuary Cities” forbid local police departments from even asking prisoners about immigration status.

However, there are fragmentary data on immigrants and crime. One hint: the Department of Justice’s State Criminal Alien Assistance Program (SCAAP) reimburses prisons and jails for the costs of holding illegal aliens. Prison systems must document the immigration status of inmates to get SCAAP payments. (Sanctuary jurisdictions, of course, choose to forego the subsidy—something taxpayers might like to know).

In a 2011 report, Criminal Alien Statistics, the Government Accountability Office (known until 2004 as the General Accounting Office) studied the 249,000 illegal aliens for whom SCAAP funds were paid in 2009. It found that these aliens had been arrested a total of 1.7 million times, an average of roughly seven arrests per illegal alien inmate, and had been charged with 2.9 million separate offenses—roughly 12 offenses each.

GAO found that about 66 percent of the SCAAP criminal illegal aliens in state prisons were born in Mexico and another 17 percent were born in the Dominican Republic, Guatemala, Honduras, El Salvador, Cuba, or Jamaica. Overall, more than 90 percent of the non-citizen inmates in federal prisons are Hispanic.

Local jail inmates were even more heavily Mexican. Seventy percent were born in Mexico, while another 13 percent were from other Latin American countries.

These folks are supposed to be deported when their prison terms are up. But many stay here decades after getting deportation orders because federal, state, and local law enforcement officials are unwilling or unable to expedite their removal. Immigration and Customs Enforcement (ICE) estimates that 300,000 to 450,000 criminal aliens who are eligible for removal are detained each year in federal, state, and local correctional facilities.

The Trump Administration will have a lot to do. As a data journalist, I hope better crime data (including releasing those interracial crime figures, which certainly exist) will be addressed early on.