From runways to red carpets to Instagram and Snapchat, celebrity overexposure is inescapable. We're drowning in underboob. Bombarded with sideboob. Nip slips. Crotch slips. Bare-bottom flashes. All of the above, all at once.

It's one thing for the notorious Kim Kardashian, sex-tape celebrity-turned-sex-tape celebrity, to trounce into the Rome Opera House flashing her cartoon cleavage and industrial-strength Spanx for the cameras as she did last weekend.

The trouble is that the Kardashian deviancy is now the norm among female entertainers who consider themselves trailblazing feminists.

Top designers seem to be engaged in a bizarre competition to use the least amount of tenuously placed fabric to clothe (LOL) their A-list clients. Tragically, none of the sycophants who surround the young starlets—not their fully-clothed agents, parents, BFFs, husbands or boyfriends—has the guts to tell these double-sided duct-taped divas that they look utterly ridiculous.

Cowardice is the handmaiden of defining decency down.

Billboard Music Awards hostess Ciara scored headlines for challenging gravity in a sliver of silver silk that some called a "dress." (These get-ups should really be called un-dresses.) Fans cooed over the singer's "major sideboob" as she let her lady parts hang low, swinging to and fro.

Supermodel sisters Gigi and Bella Hadid each make a living un-wearing flimsy attire—maintaining perfect duck lips and icy stares while the public gawks at their gratuitously revealed flesh and perfect bone structure. Apparently, you haven't made it in the fashion world until you've displayed more on the catwalk than on a gynecological exam table. 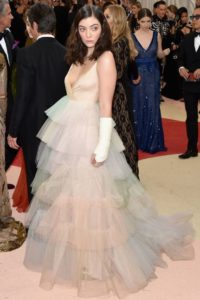 Nineteen-year-old pop star Lorde slouched up the steps at the Met Gala earlier this month in a ton of pink tulle from the waist down—but with practically nothing on top to contain her braless upper self.

Fifty-seven-year-old Madonna was there, too, trussed up in an atrocious goth cloth featuring breast cutouts and a geriatric thong she called a "political statement."

Nineteen-year-old actress Chloe Grace Moretz proudly displayed her own "gapboob" (it's a thing now, really) in a gauzy black slip at a movie premiere last week.

The 20-something pop star Rita Ora is a serial boob flasher, often favoring the trendy blazer-with-nothing-underneath ensemble (dis-ensemble?) or the long-sleeved piece of black sheer nonsense that passes for a "top" these days. 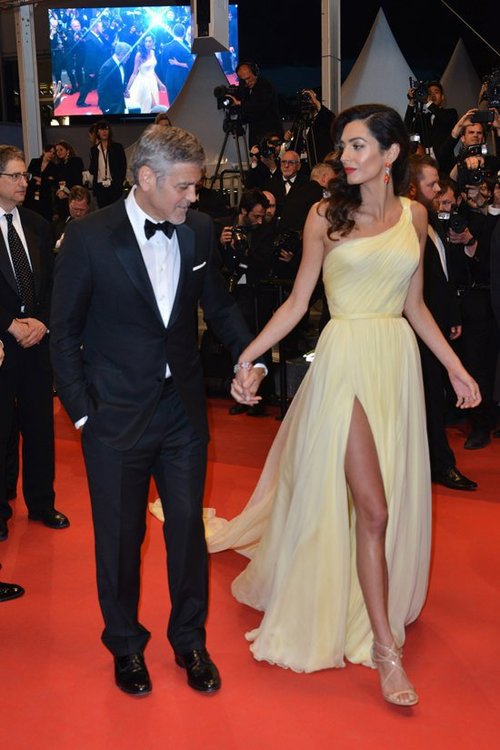 Then there's the glamorous 30-something Amal Clooney, who prides herself on her Oxford degree and law pedigree. She took to the Cannes Film Festival last week in a billowy, meringue Atelier Versace number that kept flying open like a cheap bathrobe. Poor Lemony Half-Nekkit spent the whole time nervously tugging on uncooperative strips of chiffon as her skinny thighs and netherparts quivered in the wind.

Her bemused husband, sensibly and safely covered in a full tuxedo, did nothing to wrap up his flailing arm candy with his jacket. Chivalry is dead, lying in rigor mortis on the sidelines of a red carpet clogged with leering paparazzi trampling over the corpse to get the next money shot.

Thanks, Mr. and Mrs. Clooney, for exhibiting how you can be both worldly sophisticates and complete and utter fools.

Lest you think this sartorial insanity can be contained in Hollywood, retailers are now marketing open-cup sideboob and underboob bralettes to ordinary women and teens at Nordstrom and ASOS.com.

Listen up, ladies, what's left of you: Extreme boobery is not a triumph of feminism. It's just plain old bad taste. When nothing is left to the imagination, imagination atrophies—and along with it disappear mystery, sensuality, restraint, humanity and virtue.

Letting it all hang out is for apes. Want to be a better role model for young girls? Try on this retro outfit of the day: