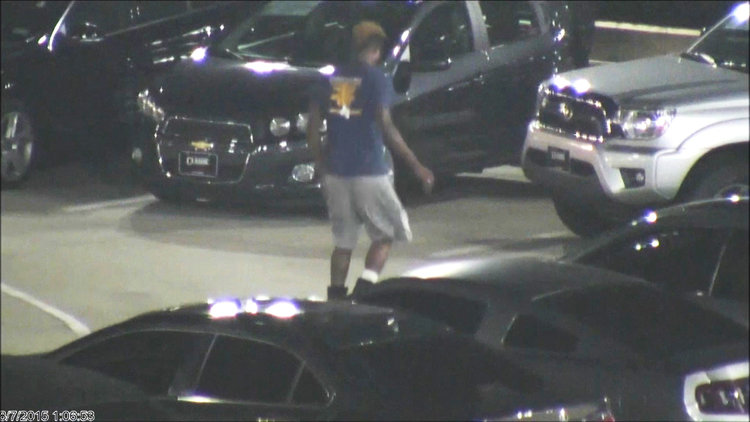 Mr. Taylor was a supporter of the #BlackLivesMatter movement and an avid user of social media, on which he repeatedly criticized the justice system and expressed fear of the police.

In August 2014, he posted on Twitter, “I don’t feel protected by the police.” In December 2014, he wrote, “Police taking black lives as easy as flippin a coin, with no consequences.” Last April, he wrote, “I don’t wanna die too young.”

His death immediately became part of the public debate, much of it online, over police use of deadly force in their dealings with African-Americans, especially black men. By Saturday night, Mr. Taylor’s name had been transformed into a hashtag, #ChristianTaylor, that was trending nationally on social media. The tennis star Serena Williams captured much of the grief and anger on Twitter, where she wrote, “Are we all sleeping and this is one gigantic bad nightmare? #ChristianTaylor, how many hashtags now?”

As the Surveillance Society evolves, crime ever increasingly Does Not Pay. A side effect of this could be that an increasing proportion of criminals that the police must deal with are even less rational than in the past.

For example, this video of a college football player driving up to a Texas car dealership in the middle of the night in a perfectly okay looking car, then trying to punch his way through a car’s side window, then breaking a windshield by jumping on it, then driving his car through the gate and, apparently, through the plate glass window of the showroom, where he was killed, apparently during a struggle with the cops who tried to arrest him. Well, the video doesn’t make much sense.

I mean, this isn’t 1965 and you can’t steal a car just by hotwiring the ignition. Maybe he was intending to steal a stereo (does anybody do that anymore — it was a real plague for a long time) or maybe he just wanted to vandalize, but why use your hand and foot? Why not bring the tire iron from your own car? And if you have a Wesley Snipes in Demolition Man-style dyed mohawk, is it really a good idea to figure that the numerous surveillance cameras at the dealership won’t be able to identify you?

If you are a cop and the whole crime scene doesn’t make sense and then you are confronted with a college football player who is stronger than you, well it’s not a good situation.

I’m wondering if any other countries have developed any technology for immobilizing dangerous-looking guys without shooting them or standing off and whomping them with their nightsticks Rodney King-style?

Cops usually carry electric tasers, but are there any other technologies that would help, like nets or glue guns? If you get two cops holding their real guns on the criminal, the second cop car can bring the polar bear dart gun or whatever that they could carry in the trunk.