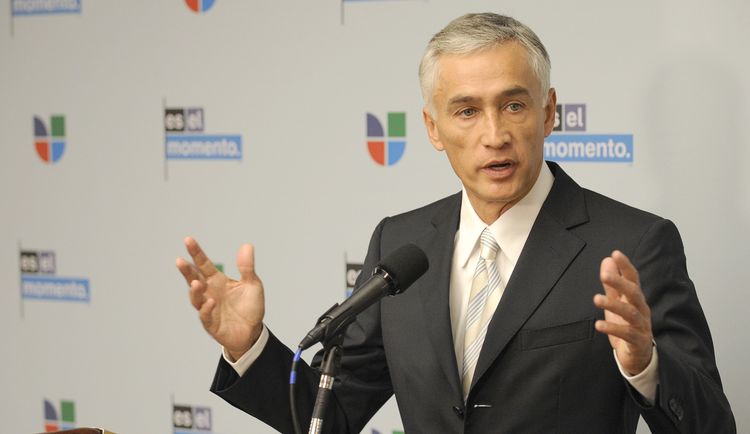 These are the rules of the militant open borders media:

If you are a self-declared Donald Trump-hating "activist journalist" who works for an ethnic separatist TV network that unapologetically elevates illegal immigrants over American citizens, you get to be a "moderator" at the next Democratic presidential candidates' debate.

But if you are an activist journalist who exposes immigration anarchy, investigates the global financiers behind it and unapologetically defends American sovereignty, you are dismissed as a "conspiracy theorist" and "racist" who will never be allowed to pose counterbalancing questions at any national political forum.

Case in point: yours truly.

If there is no mainstream media bias, why is it that the most buzz-worthy immigration questions asked by the media's phony arbiters of neutrality are all framed from the perspective of illegal immigrants—and never American citizens?

If Democrats "don't want 'open borders,'" as anointed fact-checker at the Fishwrap of Record (a.k.a. Linda Qiu of The New York Times) claims, why is it that every last Democratic candidate marches lockstep on the side of exponentially expanding government benefits, rights and privileges for illegal immigrants—driver's licenses, in-state tuition discounts, "Medicare for All"—and never limiting them?

And why has the fundamental concept of "sovereignty" never been deemed a worthy enough topic for a stand-alone national town hall—unlike guns or climate change?

Here is my top seven list of Democratic debate questions on immigration that Jorge Ramos (and the rest of the feckless Fourth Estate elites, for that matter) won't ask:

1) This debate is taking place on the day after the 18th anniversary of the 9/11 attacks by 19 foreign Muslim hijackers, five of whom had overstayed their temporary visas. A bipartisan commission urged our government to build a biometric entry-exit program to track and remove visa overstayers—who comprise an estimated 40% of the total illegal immigrant population. But thanks to Open Borders Inc. lobbyists from the travel industry, universities and big business, the system has never been finished. In 2018, nearly 670,000 foreigners broke the rules and overstayed their visas. Will you protect America by fulfilling the 9/11 commission's recommendation to implement a fully functioning entry-exit program?

This debate is taking place in Houston, long a "sanctuary city" for illegal immigrants. The deliberate failure to check the immigration status of criminal suspects and the willful decision not to cooperate with federal Immigration and Customs Enforcement agents has resulted in untold deaths, including the murder of Houston police officer Rodney Johnson in 2006. Johnson's killer had been previously deported to Mexico, re-entered illegally and was arrested at least three times for drunk driving and child molestation charges before shooting Johnson, an Army veteran and Houston PD gang unit leader, fatally during a traffic stop. Do you support the right of American citizens such as widow Joslyn Johnson, whose loved ones were murdered by repeat illegal alien criminal offenders, to sue sanctuary cities that prevent cops from communicating with ICE agents about detainees' immigration status?

3) This debate is taking place in Texas, where the notorious Mexican serial killer Angel Resendiz wantonly murdered more than 15 innocent men and women between 1986 and 1998 by exploiting our catch-and-release system. More recently, Kenyan serial killer suspect Billy Chemirmir was arrested in the gruesome smothering deaths of 12 elderly women and one grandfather across Texas. Those victims would still be alive today if Chemirmir had been deported after overstaying his visa, entering a fraudulent marriage to an American citizen and racking up multiple charges of assault and domestic violence. What is your plan—let's start with planner-in-chief Elizabeth Warren—to prevent senseless and deadly violence committed by criminal illegal immigrant deportation fugitives?

4) Teenager Joshua Wilkerson was tortured and beaten to death by an illegal immigrant from Belize near the sanctuary city of Houston. Wilkerson's mom, Laura, confronted Nancy Pelosi about the devastating impact sanctuary anarchy had and asked: "How do you reconcile in your head about allowing people to disavow the law?" Do you support the continued separation of American families by criminals in this country illegally protected by sanctuary policies? How do you reconcile Pelosi's glib rhetoric that illegal immigrants are "law-abiding" with the bloody reality suffered by Rodney Johnson, Wilkerson and the dozens of victims of Angel Resendiz and Billy Chemirmir?

5) ICE agents have been doxxed, harassed, shot at and demonized as racist terrorists while trying to stop child predators, arrest drunk drivers, apprehend serial killers and prevent the next 9/11 plotted by visa overstayers, border crossers, deportation evaders and ID thieves. Do you condemn the reckless incitements to violence by the "abolish ICE" and antifa movements?

6) Will you renounce anti-ICE hate speech and return campaign donations from individuals and organizations who disseminate it? Let's see a show of hands.

7) If you support every last gun control measure that might possibly "save just one life," why don't you support illegal immigrant crime control that could have averted the 100% preventable deaths of untold innocent Americans right here in Texas? Anyone? Anyone?