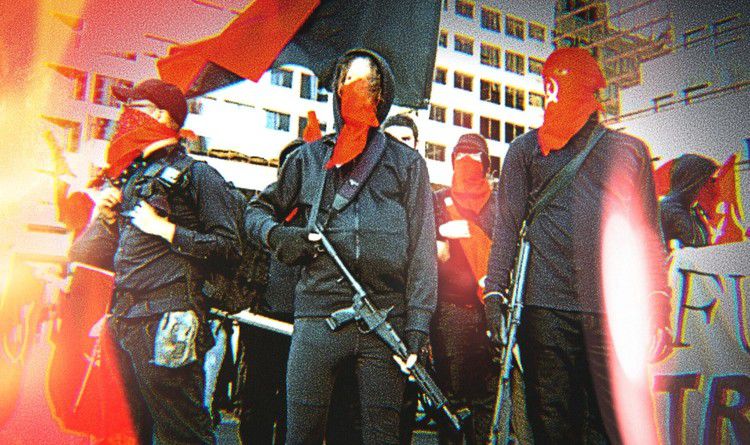 Attacks on government facilities are ramping up as many Democrats instigate with charged rhetoric regarding ICE officials. Two separate shootings directed at ICE officers this week were “Targeted attacks” according to the  FBI. These attacks come just weeks after Willem van Spronsen,  a self-proclaimed member of the left-wing terrorist group Antifa, firebombed an ICE detention center before being shot dead at the scene.

According to Anna Giaritelli (a reporter covering DHS), "The shooting at an @ICEgov office this morning is (at least) the 4th anti-ICE incident in about a month."

Here's a photo of one of the bullet holes from this morning. @USCIS stands with @ICE as they work to enforce our laws and keep Americans safe! pic.twitter.com/AUvgpGJco6

“All the shots that we have found are on the floors where ICE had offices,” FBI Special Agent in Charge Christopher Combs

“This attack at the U.S. Immigration and Customs Enforcement’s (ICE) Enforcement and Removal Operations (ERO) Field Office in San Antonio is completely without justification,” ERO San Antonio Field Office Director Daniel Bible said in a statement provided to Breitbart Texas. “Political rhetoric and misinformation that various politicians, media outlets and activist groups recklessly disseminate to the American people regarding the ICE mission only serve to further encourage these violent acts. ICE officers put their lives on the line each and every day to keep our communities safe. This disturbing public discourse shrouds our critical law enforcement function and unnecessarily puts our officers’ safety at risk.”

While Democrats continue their charge against ICE enforcement officers, Antifa are openly calling for more shootings on government officials while praising the recent attacks.

A popular left-wing message board called trueleft.boards.net has been shown to be encouraging and praising Antifa terrorist attacks.

A poster who appears to be an administrator on the website goes on to say:

“Thank you vigilante shooters for belatedly doing what should have been done on the very first day Trump unleashed ICE on America back in 2017.”

He continues by encouraging more violence and instructing readers how to inflict maximum damage to ICE officials:

“Unfortunately no kills this time. If there is more than one shooter, it is generally more effective to shoot from multiple angles (preferably roughly perpendicular), so that targets trying to hastily take cover from the line of fire of the first shooter can easily be hit by the second, and vice versa.”

“Also, please consider also targeting ICE agents doing their operations in the street. The street is where ICE agents need to feel most unsafe, in order that they be persuaded to stop all operations ASAP.

Let's hope subsequent attempts are more successful. Remember all the deaths, torture and other indescribable injustices inside the ICE/CBP concentration camps.”

The heated rhetoric equating detention facilities for illegal aliens as “concentration camps” is a direct quote from progressive left-wing Democrats. This type of charged rhetoric is resulting in the radicalization of Antifa terrorists and resulting in real world attacks.