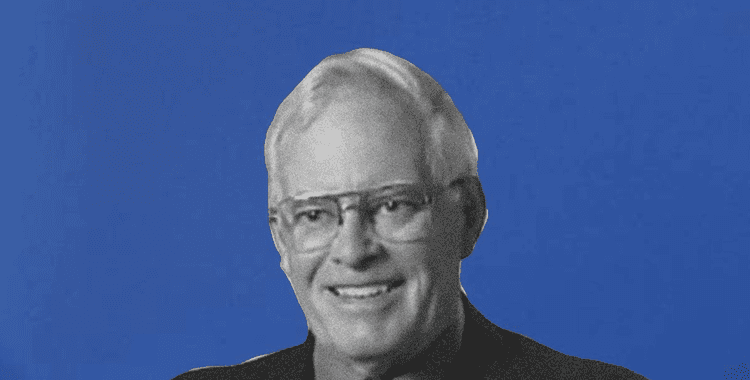 John Tanton, a Michigan ophthalmologist, was a pioneer of the current immigration restrictionist movement, and is a true example of what a committed and concerned American out in Flyover Country can do.

To the Open Borders crowd, of course, Tanton is an evil genius.

Univision, the Hispanicization propaganda network, has discovered John Tanton, so you can guess how they view him.

John Tanton created a network of immigration groups that influenced the agenda of the new president [Trump], but the organizations have distanced themselves from their founding father for his reputation as a racist. Experts in extremism believe that this repudiation is nothing more than a facade…..

Guess who these “experts in extremism” are?

The network of organizations that he created in the 70s, 80s and 90s would play a prominent role in the legislative agenda of immigration and would prepare the terrain for the rise of candidates who spoke negatively about immigrants.

The article discusses FAIR, CIS and Numbers USA, all three founded by Tanton, and their influence on the Trump administration. I hope they can continue to wield influence, and I hope VDARE.COM can as well. 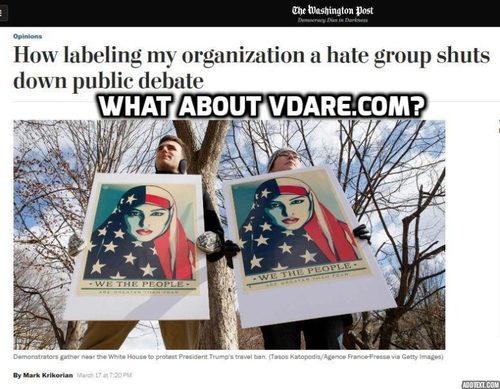 Univision interviewed Mark Krikorian of CIS, who says that Tanton’s influence on this network of organizations has been exaggerated. (VDARE.com frequently notes Krikorian's tendency to "triangulate"—see CIS’ Mark Krikorian Triangulates Against VDARE.com Without Naming Us.) Tanton’s role, says Krikorian, “is that of Johnny Appleseed, to suggest ideas and start them up before moving on to the next thing.”

FAIR continues being considered a hate group by the Southern Poverty Law Center (SPLC), an organization that monitors extremism in the United States.

The article reports on the life of Tanton, his activism, and “his hatred toward Latinos”, which was demonstrated when he asked the question “Do Hispanics bring here with them the tradition of the mordida (bribe)?” Well, isn’t that a legitimate question to ask?

It mentions the Pioneer Fund, Tanton’s resignation from FAIR’s board in 2011, and the publication by Tanton’s Social Contract Press of The Camp of the Saints, which the article points out is one of Steve Bannon’s reference works.

Then there’s this paragraph:

In 2008, Heidi Beirich, SPLC investigator, discovered in a Michigan library the letters that he interchanged through years’ long correspondence with some of the most well-known white supremacists and nationalists, such as Jared Taylor and Peter Brimelow.

Wow, a secret treasure trove of letters written to VDARE.com editor Peter Brimelow i! What a scoop!

By the way, those letters are there because Tanton himself donated 17 boxes of archives (!) to the University of Michigan’s Bentley Historical Library—see John Tanton vs. SPLC: Let's See Some Treason Lobby Letters.

The experts on hate crimes think that Tanton’s network continues sharing his philosophy but in contrast to him, they try to guard appearances. The directors of these groups, such as Roy Beck (Numbers USA) or Dan Stein (FAIR), are friends of Tanton …

Don’t worry, the SPLC is right on top of this….

The SPLC has deeply investigated these relationships and has found that [Roy] Beck spoke before white supremacist groups and helped to edit books and articles of white supremacists. The proofs found by the SPLC, which were seen by Univision, show that he also vacationed together with Tanton, who wound up calling him his “heir apparent”. ]

Heidi Beirich, SPLC investigator, says to Univision Noticias that the current leaders of FAIR continue being linked to Tanton through the magazine that he still directs, the Social Contract, that frequently publishes racist articles by white nationalists.

I’ve had the privilege of having three articles published on The Social Contract:

I don’t consider them to white nationalist articles.

Univision ends its article by quoting Brian Tashman, investigator of hate groups for the progressive People for the American Way, who says that the groups in the network distance themselves from Tanton, because “They don’t want him to be the face of the movement and they prefer to keep him backstage.”