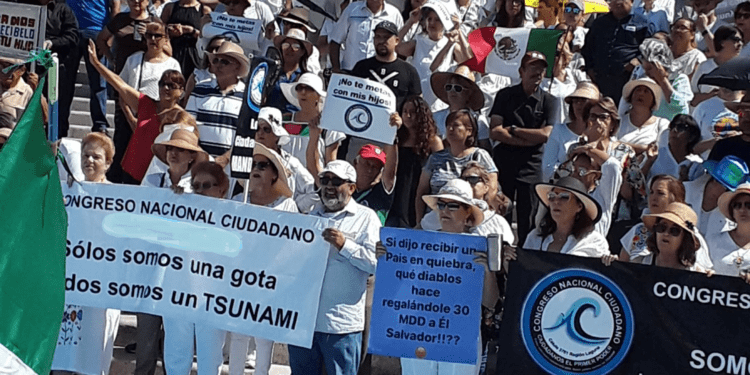 MEMO ON LEAVING MEXICO: Mexicans Have Better Voter Fraud Protection—And They Don’t Like “Migrants” Either

My family and I recently returned from our annual summer visit to Mexico, which coincided with Mexico’s crackdown, inspired by President Trump’s threat of escalating tariffs, on Central American illegal aliens passing through to jump the U.S. border. But before getting to that—and a welcome poll that shows why Mexicans likely approve—I’ll detail two observations from our sojourn south of the border: how Mexico handles voter registration, and what protesting Mexicans said during a demonstration against President Andres Manuel Lopez Obrador (AMLO).

Our family visit lasted less than a month. Our 16-year-old son drove most of the way there and back. The driver chooses the music, but that was fine because my son likes the same kind of music as his old man. Our elder son wasn’t with us. He stayed home to work on an internship related to his college major.

My wife and I stayed with some friends, a couple we attended church with, in an urban area where we used to live. The husband of the couple is an engineer retired from Telmex, the Mexican telephone company. They live comfortably, so Carlos Slim must have given him a good pension. Our younger boy stayed with his maternal grandparents.

We had a good stay in Mexico, visiting with friends and family, and eating out and going to the movies a few times. Mexico has nice movie theaters. We also took a few drives in the country and visited tourist attractions. In other words, we do in Mexico what most Americans do when they vacation.

My wife, a Mexican citizen (and legal resident in the U.S.), had to get a new Mexican voter ID card, a process we Americans could profitably and constructively emulate given that American voter registration is a joke.

In Mexico, you can’t vote without a valid photo voter ID, provided by the Mexican government,  which includes a photograph, fingerprint, and a holographic image to prevent counterfeiting. Getting one requires a voter to prove his identity and citizenship. Every Mexican polling station has a book that contains the photograph of every voter in the precinct. In other words, poll workers and observers from various parties can check the name and photograph on the card against the name and photograph in their registry.

Anyway, my wife had to get her birth certificate from a civil registry and then go to the local office of the Instituto Nacional Electoral (National Electoral Institute), the Mexican agency that organizes federal elections. But that wasn’t all. Mexico has added yet another means of stopping voter fraud: a complete set of fingerprints. She had to insert her fingers and thumbs into a new gizmo that records all ten. 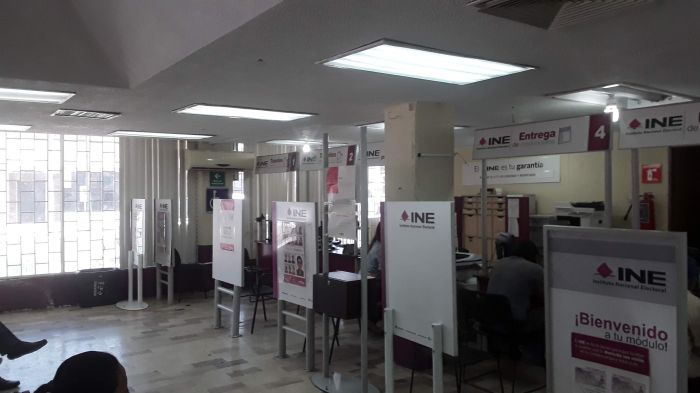 Can you imagine the outcry if some U.S. state required that? The $PLC and ACLU would file lawsuits. Anytime anyone suggests secure voter ID in the United States, the Democrats and their Leftist auxiliaries in the Main Stream Media screech about voter “suppression.” As I was waiting at the INE office for my wife, another Mexican applicant approached me and asked if I could be a witness to verify his identity. Sorry, I told him, I couldn’t. After all, I’m an American.

While visiting Mexico, my son and I went  to a political rally to hear Mexican President AMLO speak.  Interestingly, the Presidente didn’t mention Trump, migration, or the deal to stop Trump’s threatened tariffs.  But there were other topics to discuss.

Some condemned him and likened his government to Venezuela’s. Two signs called him a traitor, while another declared, “We don’t want a socialist Mexico!” Agreed a fourth, “AMLO, Mexicans Don’t Want Another Venezuela, Where They Die Of Hunger, in Mexico.” 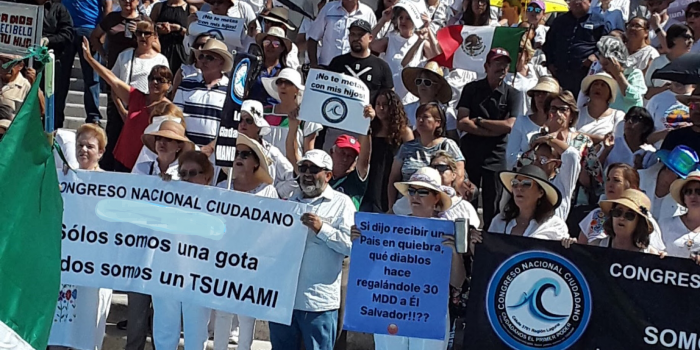 Pro-lifers were there (“No to Abortion. Yes to Life”), as were parents who oppose state indoctrination of their children.

Which brings us to the subject of borders and that poll.

A survey by The Washington Post and Reforma, a newspaper in Mexico City, revealed that a majority of Mexicans don’t want Central Americans to overrun their country.

More than 6 in 10 Mexicans say migrants are a burden on their country because they take jobs and benefits that should belong to Mexicans. A 55 percent majority supports deporting migrants who travel through Mexico to reach the United States.

Those findings defy the perception that Mexico—a country that has sent millions of its own migrants to the United States, sending billions of dollars in remittances—is sympathetic to the surge of Central Americans. Instead, the data suggests Mexicans have turned against the migrants transiting through their own country, expressing antipathy that would be familiar to many supporters of President Trump north of the border.

So those data, which comport with another poll by El Financiero, Mexico’s Wall Street Journal, “defy the perception that Mexico…is sympathetic to the surge of Central Americans.”

But whose “perception” might that be? Open-borders Leftists? Did WaPo really believe Mexicans favor mass migration through their country, plus the permanent settlement of  “migrants” who decide to stay there?

This poll, which gave AMLO a 70 percent approval rating, shows that Trump isn’t AMLO’s only worry where it comes to stopping the flow of “migrants”—his own people want it stopped too.

That’s still way too many, but it suggests that Trump’s threat of escalating tariffs of up to 25 percent, which pushed Mexico to move against the Central American tsunami, might turn out to be one of his more successful policies.

Stopping illegal aliens, Mexican leaders must have thought, is better than facing tariff increases. After all, the United States is the biggest destination for Mexican exports, including cars manufactured by the Mexican auto industry. [Mexican-made autos stream across border at record rate in first half of 2019, by Phil LeBeau, CNBC, July 9, 2019]

Illegal aliens aren’t hard to find in Mexico.  I spoke with some Hondurans, who, curiously, take a different route through Mexico than Guatemalans.

So Trump still needs to watch the figures closely. If illegals keep surging through, or, even worse, increase their numbers, he must slap on those tariffs—and build the wall.