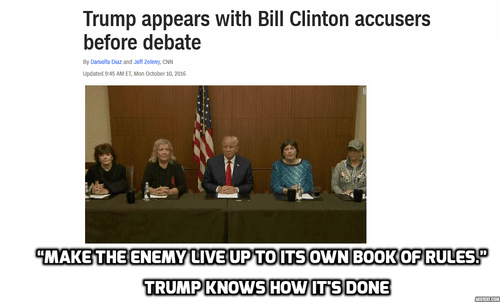 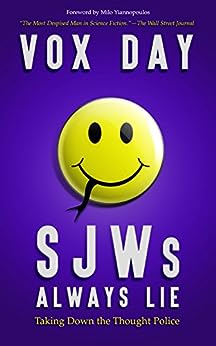 It’s not just a moral truth, but a political one—cucking gets you nowhere. (Looking at you, Laura Ingraham). Brett Kavanaugh’s courageous testimony in his Supreme Court confirmation hearing emboldened many Republican senators, including Lindsey Graham (!), to rally to him, and of course President Trump had his back. [Watch: Donald Trump Hosts Rally In Wheeling, WV, Breitbart, September 29, 2018] In contrast, Jeff Flake, with his desire to find “common ground,” just got called a “rape apologist” by the hard Left. [Women’s March thanks Sen. Jeff Flake by calling him a ‘rape apologist,’ Twitchy, September 28, 2018] In this new age of confrontational politics, only those who are willing to “wheel and fight” are going to survive. But far too many GOP politicians—and ordinary Americans caught by a Cultural Marxist media lynch mob—don’t know how to do it.

Luckily, the Dissident Right has been talking about this for years. Vox Day provided an invaluable guide with his 2015 book SJWs Always Lie. He listed of several steps that anyone caught in a media feeding frenzy should follow. Two of the most important: “Never Apologize” and “Do Not Resign.” Caving to a demand for an apology or a resignation simply leads to Leftists moving the goalposts and making even more extensive demands. Which was exactly what happened with Kavanaugh. [Get ready for Democrats to say a week isn’t long enough for the FBI to investigate Brett Kavanaugh, by Philip Wegmann, Washington Examiner, September 28, 2018]

Yet what about going on the attack? Here, one of the most important commands to follow would be Saul Alinsky’s dictum from his Rules for Radicals—“Make The Enemy Live Up To Its Own Book Of Rules.”

The sheer weight of corporate media bias may make this seem impossible: MSM journalists see no problem in upholding and defending double standards. While Leftist journalists can create a “controversy” out of whole cloth, patriot journalists do not yet have that capability—especially with the current Silicon Valley SJW suppression of independent internet-based voices.

However, as President Trump’s 2016 showed, a courageous Republican politician can force the media to cover issues journalists would rather ignore. For example, before the October 10, 2016 second Presidential debate, Donald Trump held a news conference with women who had accused Bill Clinton of sexual misconduct, thus making it more difficult (somewhat) for the pro-Hillary media to credibly call Hillary Clinton a champion for victimized women. [Trump appears with Bill Clinton accusers before debate, by Daniella Diaz and Jeff Zeleny, CNN, October 10, 2016]

As a example of how not to do it, look at Florida gubernatorial candidate Ron DeSantis, who has meekly acquiesced to Andrew Gillum’s suggestions that he is running a racist campaign. DeSantis could flip the script on Gillum by asking him to disavow specific far-left planks that appeal to many of his supporters, such as reparations.

Still, DeSantis has forced the Democrats to confront the increasing anti-Israel sentiment among their Third World base:

Good God! DeSantis takes our advice, strikes back by pointing out that Dems, MSM haven't repudiated their anti-Israel supporters https://t.co/2LW9NjJCYP

As Steve Sailer has observed, the diverse Democratic coalition depends on a never-ending stream of moral panic about white racists, Nazis, and Klansmen emerging out of the most unlikely places, such as college campuses. The current hysteria about the supposed epidemic of white male rapists, brought to us by the same journalists that contemptuously ignored the mass sexual assaults in places like Rotherham or Cologne, is another attempt to keep the Left coalition together.

So patriots could attack the cohesiveness of the Democrats by bringing up the disparate interests of the various communities. After all, what confronts the GOP is not so much a monolithic “Left” but a coalition of a lot of different mini-ethnocentric “Rights.” Luis Gutierrez, for example, is less a progressive and more of a xenophobic champion of his own people, i.e. Hispanics who do not identify with the US. The growing division over support for Israel within the Democratic Party is also ripe for exploitation. [Ocasio-Cortez, the Left, and the Future of Palestine, by Corey Robin, Jacobin, July 16, 2018]

Similarly, Keith Ellison, second-in-command of the entire Democratic Party, is on record as having advocated a black ethnostate, something disavowed by exactly zero black Congressmen.

Yet Republicans intimidated by charges of racism seem curiously unwilling to bring this up and force Democrats to confront their own radical base. And why, aren’t Republicans pressing Democrats to support Keith Ellison’s alleged domestic violence victim? After all, we are told we need to “believe women,” and there is far more evidence to suggest Ellison is an abuser of women than there was for Kavanaugh. [Keith Ellison domestic violence accuser says Democratic party doesn’t believe her story, by Lukas Mikelionis, Fox News, September 18, 2018]

The fact the entire GOP isn’t pinning Keith Ellison on every Democrat running for office is astonishing…or maybe not.

While the Left has almost unlimited institutional power, the very fanaticism required to keep its coalition together also contains within it the seeds of its destruction. 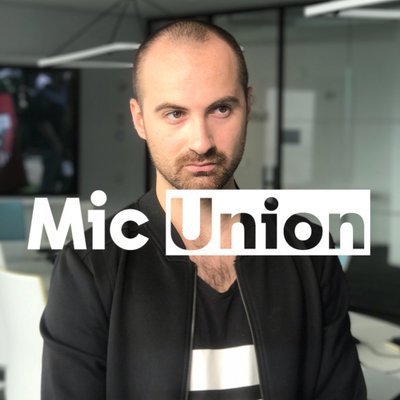 Consider the case of Leftist journofa Jack Smith IV, a journofa who recently lost his job because of “emotional abuse and sexual coercion” against women. [Mic.com fires Jack Smith IV Over ‘Disturbing Allegations’ In Jezebel Article, by Justin Caruso, Breitbart, September 25, 2018] There’s no accusation of outright violence and some of the charges seem, well, just weird. For example, he is accused of not wanting to have sex with one woman unless she wore eye makeup (Wait—what?) Nonetheless, because the Left requires a constant flood of enemies and victims, some of Smith’s former friends and colleagues gleefully piled on to destroy him. [Jack Smith IV Out At Mic After Jezebel Report Detailing Abuse Allegations, by Jenna Amatulll, Huffington Post, September 25, 2018]

The fact is that as #MeToo continues to progress into what Jezebel calls the “grey areas,” every white heterosexual male involved in progressive politics is likely on borrowed time.

Because the Left’s coalition really is vulnerable, there are three key rules patriots (or anyone else under Cultural Marxist attack) should follow.

These CultMarx lynchings are now so common that only those deep into the SJW cult can take them solely at face value. Just as Brett Kavanaugh did, the accused should always point out that these charges are being raised for political purposes, not moral reasons. Simply dismissing attacks as “Political Correctness” works, as President Trump’s dismissal of Megyn Kelly in the first Republican debate showed.

If a push for Voter ID laws draws accusations of racism, simply bring up what Mexico already does. If a border wall is “racist” or “unworkable,” point out America is already funding the border walls of other countries. No one, including progressives themselves, favors Leftist policies for the peoples or communities they actually care about. This isn’t the silly “Democrats Are The Real Racists” Conservatism Inc. cliché—it’s simply an illustration that everyone is a nationalist for someone.

A final point: always seek to exploit the natural cleavages in the Leftist coalition.

Since the rise of Trump, patriots have become more inured to Leftist rhetorical attacks. But Leftist control of the media, Internet platforms and fundraising capabilities means they can still impose fearsome economic costs.

Nevertheless, morally and socially, the costs seem less terrifying than they used to. Many Republicans simply don’t believe anything the MSM says anymore and so even the most outrageous charges are dismissed. Therefore, any patriot under attack should not disavow anyone, no matter how extreme, without demanding a countervailing disavowal from progressives.

Remember, while patriots will shrug off a disavowal as “doing what you have to do,” But Leftists will be enraged and start attacking each other and making wild charges.

Even the most milquetoast Republicans must understand after the Kavanaugh Konfrontation that politics is war by other means. There is no longer any “common ground” that patriots share with the journalists and Cultural Marxists, who openly declaring their intention to destroy them.

But by following these three rules, patriots will finally be able to get back on the attack—and stop losing their country in slow motion.