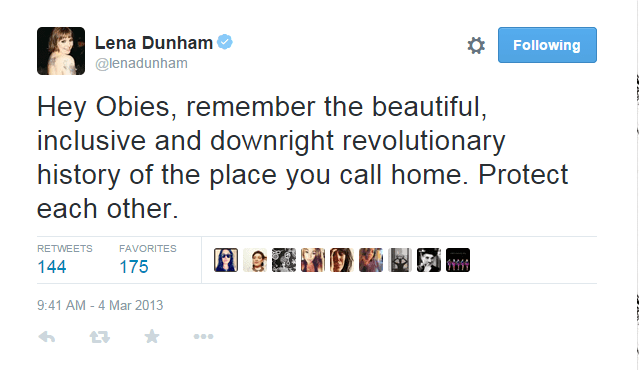 The Coddling Of College Hate Crime Hoaxers: Case Of The Oberlin Blanket Klan

American college campuses are the most fertile grounds for fake hate. They're marinated in identity politics and packed with self-indulgent, tenured radicals suspended in the 1960s. In the name of enlightenment and tolerance, these institutions of higher learning breed a corrosive culture of left-wing self-victimization. Take my alma mater, Oberlin College. Please.

This week, the famously "progressive" college in Ohio made international headlines when it shut down classes after a series of purported hate crimes. According to the Oberlin Review (a student newspaper I once wrote for), anti-black and anti-gay vandalism/"hate speech" have plagued the campus since Feb. 9.

"'Whites Only' was written above a water fountain, 'N*gger Oven' was written inside the elevator, and 'No N*ggers' was written on a bathroom door" at one dormitory, according to the publication.

Swastikas and epithets were drawn on posters around the school. Activists implied the incidents were tied to Black History Month. The final straw? A menacing presence on campus who allegedly donned a "KKK hood" and robe near the segregated black dormitory known as "Afrikan Heritage House."

Oberlin President Marvin Krislov and three college deans ostentatiously published an "open letter" announcing the administration's decision to "suspend formal classes and non-essential activities." The campus body immediately jumped to conclusions and indulged in collective grievance-mongering. TheNew York Times, Black Entertainment Television and The Associated Press all piled on with angst-ridden coverage of the puzzling crimes at one of the first U.S. colleges to admit blacks and women.

Oberlin alumna Lena Dunham, a cable TV celebrity who starred in a pro-Obama ad likening her vote for him to losing her virginity, took to Twitter to rally her fellow "Obies." The Associated Press dutifully reported Dunham's plea as news: "Hey, Obies, remember the beautiful, inclusive and downright revolutionary history of the place you call home. Protect each other."

But what the AP public relations team for Dunham and the Oberlin mau-mau-ers didn't report is the rest of the story. While Blame Righty propagandists bemoaned the frightening persistence of white supremacy in the tiny town of Oberlin, city police told a local reporter that eyewitnesses saw no one in KKK garb—but instead saw a pedestrian wearing a blanket. Yes, the dreaded Assault Blanket of Phantom Bias.

Moreover, after arresting two students involved in the spate of hate messages left around campus, police say "it is unclear if they were motivated by racial hatred or—as has been suggested—were attempting a commentary on free speech."

Color me unsurprised. The truth is that Oberlin has been a hotbed of dubious hate crime claims, dating back to the late 1980s and 1990s, when I was a student on campus. In 1988, giant signs reading "White Supremacy Rules (Kill All N*ggers)" and "White Supremacy Rules, (Fuck (slashed out and replaced with 'Kill') All Minorities)" were hung anonymously at the Student Union building. It has long been suspected that minority students themselves were responsible.

In 1993, a memorial arch on campus dedicated to Oberlin missionaries who died in the Boxer Rebellion was defaced with anti-Asian graffiti. The venomous messages—"Death to Chinks Memorial" and "Dead chinks, good chinks"—led to a paroxysm of protests, administration self-flagellation and sanctimonious resolutions condemning bigotry. But the hate crime was concocted by an Asian-American Oberlin student engaged in the twisted pursuit of raising awareness about hate by faking it, Tawana Brawley-style.

Segregated dorms, segregated graduations and segregated academic departments foster paranoid and selective race-consciousness. While I was on campus, one Asian-American student accused a library worker of racism after the poor staffer asked the grievance-mongering student to lower the blinds where she was studying. Call the Department of Justice!

A black student accused an ice cream shop owner of racism after he told the student she was not allowed to sit at an outside table because she hadn't purchased any items from his store. Alert the U.N. Commission on Human Rights!

In 2006, I went back to Oberlin to confront the campus with the hate crime hoax phenomenon. As I told students back then, liberals see racism where it doesn't exist, fabricate it when they can't find it and ignore it within their own ranks. I documented case after case of phony racism by students and faculty, from Ole Miss to Arizona State to Claremont McKenna, and contrasted it with the vitriolic prejudice that tolerant lefties have for minorities who stray from the political plantation.

The response from "students of color"? They took offense, of course, and characterized my speech as self-hating hate. Just as their coddling faculty and college elders have taught them to do.

I repeat: Mix identity politics, multicultural studies, cowardly administrators and biased media—and you've got a toxic recipe for opportunistic hate crime hoaxes. Welcome to high-priced, higher mis-education, made and manufactured in the U.S.A.