The despicable smear offensive against prospective Supreme Court Justice Brett Kavanaugh is having at least one postive side effect; it's leading to more attention on the accusations against Democratic congressman and Deputy Chair Keith Ellison. Ellison has been accused of brutally assaulting his ex-girlfriend, not 35 years ago but relatively recently. More importantly, his accuser actually has some evidence.

A 2017 medical document released Wednesday by Karen Monahan said she feared “retribution” if she revealed her allegations of abuse against her former boyfriend, Democratic Rep. Keith Ellison.

Ms. Monahan posted the Minnesota clinic’s write-up from her visit to corroborate her accusations of physical and emotional abuse made public in August, which Mr. Ellison has denied.

“When I post this, it gets deleted every time,” she tweeted.

When I post this, it gets deleted every time pic.twitter.com/uAJNx8AgF5

The document from the Park Nicollet clinic dated Nov. 28, 2017, said she was being treated for anemia and that she attributed it to the stress from her relationship with Mr. Ellison, which he has said ended in 2016.

In fairness to Ellison, there is also the allegation of a video which shows Ellison screaming at his victim, which for some reason the victim refuses to release. Again, this is simply an allegation and when alleged victims refuse to release evidence because it's too "painful," that's a red flag. [Keith Ellison's ex-girlfriend won't release alleged video of physical altercation, by Jessie Van Berkel, Star Tribune, August 13, 2018]
However, it's an allegation that is far more recent than that against Kavanaugh, is far more serious, and his far more evidence and witnesses. There's also more than one alleged victim. [911 call records uncovered from Keith Ellison's second alleged victim of domestic abuse, BizPacReview, August 14, 2018]
Where is the interest from the System media? Why don't all the feminists, celebrities, and journalists care? To ask the question is to answer it.
Yet assume Ellison didn't do anything and is being smeared. He's still on record as being a black nationalist who, well into his adult life as an activist in law school, advocated breaking up the Union and forming a black ethnostate. [Keith Ellison once proposed making a separate country for blacks, by Justin Caruso, Daily Caller, November 26, 2016]
The same journalists on an endless quest for "white nationalists" and who apply the label to those who aren't actually white nationalists (like Steve Bannon, Stephen Miller, and President Trump himself) seem utterly uninterested in this. The same Conservatism Inc. establishments that gleefully purge their own employees for tenuous links to "white nationalism" are also mostly silent about overt black nationalism at the highest levels of the Democratic Party.
However, other observers have taken notice. Author Chuck Palahniuk's remarkable new book Adjustment Day centers on a plot by various young men to destroy the System by targeting politicans, journalists, academics and other pillars of the established order after being inspired by a mysterious book. After the massacre, America is divided into a white ethnostate, a black ethnostate, and a homosexual state. 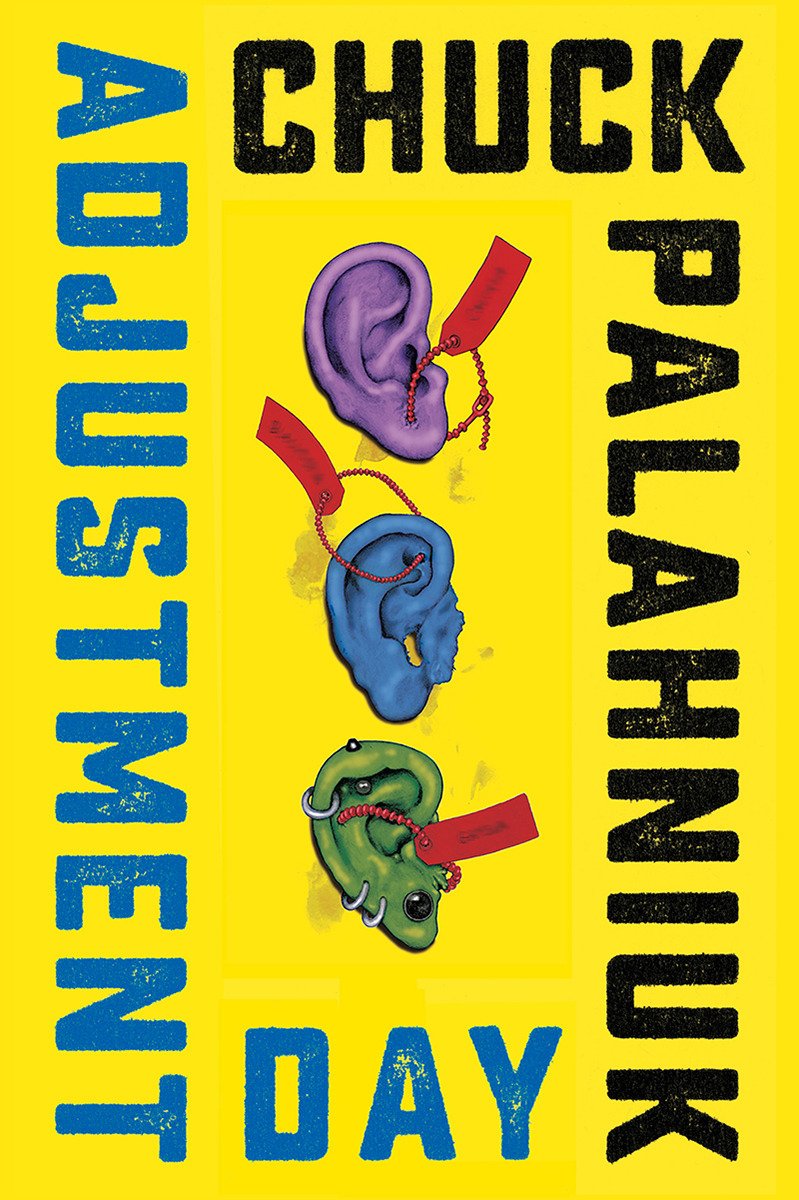 While obviously containing large (ok, very large) elements of farce and satire, Palahniuk gives the scenario an air of plausibility of invoking how such proposals were already being discussed in the former United States. And the example he gives is that of Keith Ellison.

What the Talbott book referred to wasn't a wholly new concept. Leading political figures like Keith Ellison had long before called for separate homelands. In fact, Talbott's plan mimicked Ellison's by requiring Southern states to be united as a single nation, to be occupied exclusively by people of African descent. The remaining states would be reserved exclusively for citizens of European ancestry. With the exception of California—the Sunshine State would be set aside for a special purpose. (p.119-120)

At least some people are paying attention to the background of those who claim to lead us.
(As an aside, Palahniuk also makes a reference to our own Paul Kersey in the graphic novel Fight Club 2, citing Kersey's manner of remembering white victims of black crime  using the "His name is Robert Paulson" formula.)