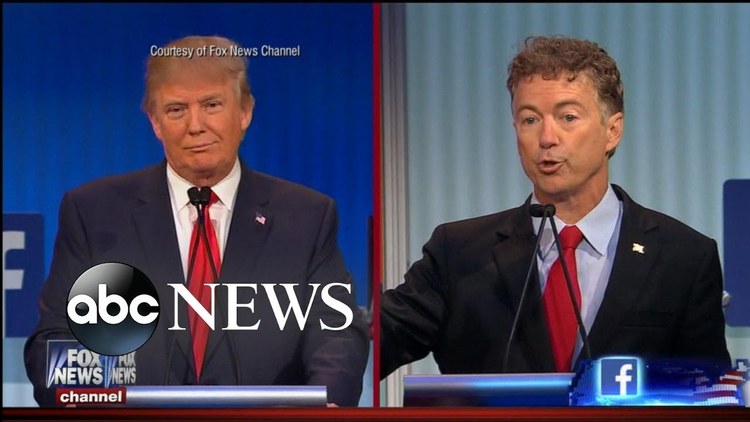 The National Question didn't get as much of an airing as I'd hoped in Thursday night's GOP presidential hopefuls’ debates. (Although Ann Coulter and NumbersUSA’s ever-cheerful Roy Beck are modestly pleased). Unless I missed something, Birthright Citizenship, Chain Migration, Affirmative Action for immigrants, an immigration moratorium, and the status of Puerto Rico all went unmentioned.

I conclude that the National Question is still radioactive. Legal immigration went almost completely unmentioned. The exception here was Rick Santorum, who said he'd reduce legal immigration by 25 percent. That counts as sensationally bold in the milk-and-water apologetics that passes for public conversation about immigration, but it's actually rather feeble. What's really needed is a moratorium. Still, credit to Santorum for even venturing that close to the plutonium. (Scott Walker also said he wanted a “legal immigration system that gives priority to American working families and wages”—which he said later on Hannity meant lower numbers).

Here's a question nobody was asked in these debates, and that I guarantee nobody will be asked in future debates:

Suppose Congressional leaders agreed to a moratorium on all immigration for settlement and all guest-worker visas like H-1Bs, with sensible tightly-defined necessary exceptions, in return for a blanket amnesty on persons currently here illegally. Would you approve that deal?

Now that's a real immigration question, a real meaty bit of political decision-making to confront a candidate with. I can think of half a dozen similar.

Another example: Puerto Rico is, in all but name, a colony of the U.S.A. Should we really be in the colonialism business? Why shouldn't Puerto Rico be independent?

Questions like these—frank, reasonable questions about our nation, about its very nature, about what it'll be like for our grandchildren to live in—can't be raised. The acceptable zone of public discourse is too narrow, too constrained, too constipated.

Instead, watching these debates, you hear college-radical gibberish from the questioners about a "War on Women," and empty assurances from the candidates that they will "secure the border."

Scott Walker actually said that on Thursday, quote: "I believe we need to secure the border," end quote. Sure you do, Governor, sure, sure. Not even Donald Trump mentioned legal immigration.

The reason for this narrowness isn't hard to find. Both the ideological Left and the major business lobbies have harnessed the earnest, moralistic tendencies in American culture to their own purposes. Denying settlement rights to persons who want to settle here would be unkind. If you want to do that you are a bad person. Behind all the moralistic flimflam you can, if you listen carefully, hear the ker-ching of cash registers and the low murmur of Trotskyite study groups; but most people don't listen that carefully.

So, not much here for immigration patriots.

But the thing we all wanted to know from last night’s GOP debate was: would Donald Trump self-destruct?

It was on the cards. This was a new format for Trump, and he's been showing signs of nervousness.

He's also got a fine line to walk. His success so far has been as the candidate who isn't a politician, the anti-politics candidate. That's gotten him great poll numbers from people who think politicians are out of touch. Trump's polling numbers are especially good among non-college graduates, people in industries like construction who've seen their jobs swallowed up by mass immigration. [Why Donald Trump is winning, By Jim Tankersley, Scott Clement and Peyton Craighill WonkBlog, August 5, 2015]

There's a ceiling on that appeal though, and it's not a high enough ceiling to get Trump elected President. The paradox of his position is that to break through that ceiling, he needs to come across as more of a politician.

As fed up as we all are with professional pols, we have certain deep expectations of the people we hire to do work for us. If I hire in a roofer to fix the leak in my garage, I'm not pleased if he shows up in a leopardskin jumpsuit with his hair dyed turquoise.

The generality of voters, especially middle-class, college-educated voters, expect a certain demeanor from people running for office. They expect some gravitas. Let's face it, Trump has a gravitas deficit.

That's the fork he's in. If he ramps up the gravitas, the voters currently cheering him on might start thinking: "Oh, he's just like the other damn pols after all," and fall away. If he stays the bad-boy candidate, he's stuck under that ceiling.

And that's where he's still stuck after Thursday night's debate.

Trump fortified the credentials he's already got. He owned up frankly to his willingness to run Third Party—no shucking and jiving there. He unashamedly admitted strategic use of the bankruptcy laws; ditto about making political contributions all over. He jeered at Megyn Kelly's blathering about some absurd "War on Women," where a professional pol would have run for cover.

All good stuff, and I love Trump for it.

He has to find a way through that ceiling, though.

My advice to Trump: work gradually, cautiously towards the expectations of gravitas over the next few months, but avoid sudden changes. In future debates he should continue to be the spoiler and mocker, but tone down the bumptiousness just a tick or two more each time.

But the point is that there will be a next time.