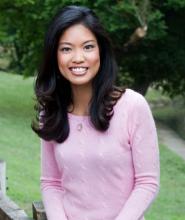 The H-1B foreign guest worker program, they claim, requires American employers to first show that they searched for and tried to recruit American workers before tapping an ever-growing government-rigged pipeline of cheap foreign workers.

The foot soldiers of the open-borders brigade are lying, deluded, ignorant or bought-off.

Miano's testimony was particularly important because he explained how the little known "OPT" (Optional Training Program) for foreign students is being used to circumvent H-1B and supply large corporations with cheap foreign labor. President Obama has expanded this regulatory program by unfettered administrative fiat. As Miano noted: "OPT has no labor protections of any kind. Aliens on OPT do not even have to be paid at all. While DHS requires aliens to work in an area related to their major area of study, DHS has no ability to ensure that this happens. Under OPT, over 125,000 foreign workers a year are simply turned loose in America with no supervision or restrictions."[Testimony of John M. Miano, J.D. before the Senate Committee on the Judiciary March 17, 2015]

Also on hand at the hearing: a few Big Tech shills toeing the Zuckerberg/Gates/Chamber of Commerce line that there's a catastrophic American tech worker shortage, even as thousands upon thousands of American workers are being laid off in favor of underpaid, easily exploited H-1Bs. (Just use H-1B-promoter Google's search engine and type in "Southern California Edison" and "layoffs.")

Grassley put it plainly: "Most people believe that employers are supposed to recruit Americans before they petition for an H-1B worker. Yet, under the law, most employers are not required to prove to the Department of Labor that they tried to find an American to fill the job first."

He added, "And, if there is an equally or even better qualified U.S. worker available, the company does not have to offer him or her the job. Over the years, the program has become a government-assisted way for employers to bring in cheaper foreign labor, and now it appears these foreign workers take over — rather than complement — the U.S. workforce."

Hira affirmed: "It's absolutely not true" that employers seeking H-1Bs must put American workers first, either by "law or regulations."

How did this myth gain such traction? Many commentators and journalists confuse the labor certification process required for companies applying to obtain green cards (lawful permanent residency status) for H-1B workers with the Labor Condition Application (LCA) process for H-1Bs. Labor certification in the green card process "exists to protect U.S. workers and the U.S. labor market by ensuring that foreign workers seeking immigrant visa classifications are not displacing equally qualified U.S. workers." Only in extremely narrow and exceptional circumstances do these nominal protections exist in the H-1B LCA process. (Companies must be classified as "H-1B dependent" for the requirements to apply. Big Tech giants like Facebook have been lobbying mightily to avoid the classification.) And even those narrow exceptions are easily and often circumvented by H-1B foreign worker traffickers.

Conservative journalist W. James Antle gets to the heart of the matter: "If the government has discretion in how it exercises its legitimate authority over who comes and who goes, a prerequisite for national sovereignty, then shouldn't it exercise such discretion in a way that minimizes the impoverishment of Americans?"[ H-1B Ware, American Spectator, January-February 2014]

For a very brief window, thanks to Grassley and, yes, Sen. Bernie Sanders, I-Vt., a small group of H-1B-employing banks and other financial institutions that accepted federal bailout money from the Troubled Asset Relief Program (TARP) did have to demonstrate that they had taken "good-faith steps to recruit U.S. workers" and offer them wages "at least as high" as those offered to H-1B workers. In addition, the targeted employers had to show that they "must not have laid off, and will not lay off, any U.S. worker in a job essentially equivalent to the H-1B position in the area of intended employment of the H-1B worker" within a narrow time frame.

But this American worker-first provision, vociferously opposed by Big Business and Big Government, expired in 2011. The refusal of the vast majority of politicians and the White House to embrace these protections for all U.S. workers tells you everything you need to know about H-1B's big, fat lies.