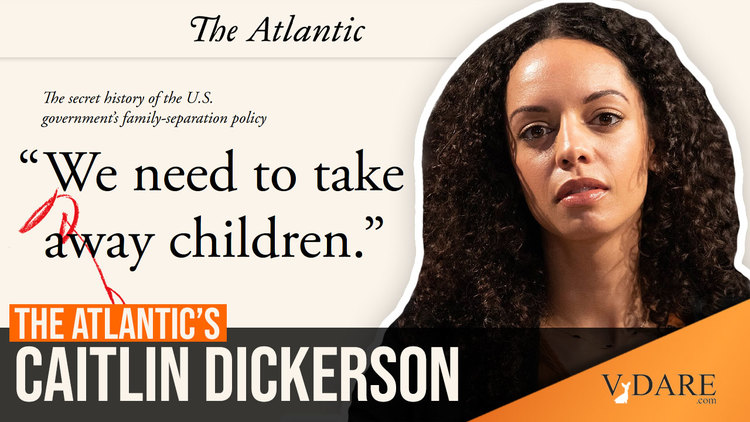 I no longer subscribe to the Atlantic because it went totally Woke, but recently I thought I might find something about the FBI raid at POTUS 45 Trump’s Mar-a-Lago and took a look. Instead, I stumbled upon a seven-”chapter,” novella-length piece on “family separation” at the border [The Secret History of Family Separation, by Caitlin Dickerson, August 7, 2022]. It’s a flagrant piece of Open Borders propaganda; the headline alone suggests something scary, as do the scare quotes: “They ripped her out of my arms while she clung to me.” “I didn’t know if he was alive, dead, anything.” “CBP Officers told me that I was never going to see my child again.” Yeah, sure. More interesting than what’s in the article, though, is what isn’t—important facts Dickerson didn’t include, which means she lied by omission.

I’ll spare you a long recapitulation and summarize it this way:

Dickerson’s gist: Trump officials who tried to enforce the law are deeply evil, while Open Borders Lobbyists are heroes.

Dickerson [Tweet her] does admit that Operation Streamline—the detention and punishment of illegals—began in 2005 during Bush II’s administration in the Del Rio Border Sector. Most illegal aliens at the time were Mexicans, and they were usually offered a Voluntary Return to Mexico, which they took. For the illegal, the advantage of a VR is that it considers his violation administrative, not criminal, which means he can return to the country without having a criminal violation on his record. The advantage for the government: illegals don’t overwhelm the court system.

But with Operation Streamline, illegal aliens were charged criminally. That meant jail time instead of a VR and trip back to Mexico. Proceedings usually took a few days; illegals might sit in jail before going to court. They were often sentenced to time served and then deported. But if they crossed and were caught again, they might land a longer sentence. It wasn’t much in the way of punishment, but it did deter illegal crossings.

Crossings in the Del Rio Sector fell dramatically. Being a mulish bunch, however, illegals began crossing elsewhere, and so Operation Streamline expanded to include more sectors.

Bush II was no great defender of the Border Patrol and often sought to undermine border security. The only reason he did anything at all, as with Operation Streamline, was to help pass an Amnesty. A main complaint about the Amnesty proposals was that they did not increase enforcement sufficiently, and so Bush was sort of forced to do something about illegal crossings. Thanks to immigration hardliners like Jeff Sessions, then in the U.S. Senate, Bush’s Amnesty attempt failed, but each time it was discussed, illegal border crossings rose.

Then there were Deferred Action for Childhood Arrivals and Deferred Action for Parents of Americans. The first was effectively an Amnesty for illegal children of illegal parents; the second was effectively an Amnesty for the parents of Anchor Babies. With more talk of another Amnesty, illegal aliens began crossing in droves, with their children. Crossings were so high that even the Obama Administration became alarmed.

So Obama did, in fact, separate children from illegal-alien parents who were charged with crimes and incarcerated, as did Trump after him [Did the Obama Administration Separate Families?, by Lori Robertson, FactCheck.org, June 20, 2018]. In her book Open Borders Inc.: Who’s Funding America’s Destruction?, Michelle Malkin reported that whistleblowers told her that, under Obama, children were flown from the southwest border to New Jersey.

But Dickerson ignores Uniparty policies that invited the millions of illegals who trudged to the border, children in tow, or on the top of trains, or packed into tractor-trailers.

(Dickerson does recount the reason Thomas Homan, the career immigration official who became Trump’s acting director of Immigration and Customs Enforcement, advocated zero tolerance and family separation. In 2003, during Bush II’s first term, while investigating a crime scene at the border he found a dead 5-year-old boy in one of those tractor-trailers. The shock was so great that he landed in therapy. He believed a tough policy was necessary to discourage illegals from risking the lives of their children.)

Dickerson also ignores the subversive role of Pueblo Sin Fronteras—”People Without Borders.” Would you travel from Guatemala to the United States if you knew you would be separated from your child and likely deported? Probably not. So, why did the illegals keep coming? Because People Without Borders encouraged parents to bring their children.

The objective: a photo op. Irineo Mujica, PSF’s leader at the time, wanted kids separated because it makes a good photo op [Migrants and Others Blame Pueblo Sin Fronteras for Encouraging Risky Trek to U.S., by Nicole Darrah, LifeZette, December 24, 2018]. He correctly figured such images would tug at the heartstrings of Americans, particularly women, and that would open the border. 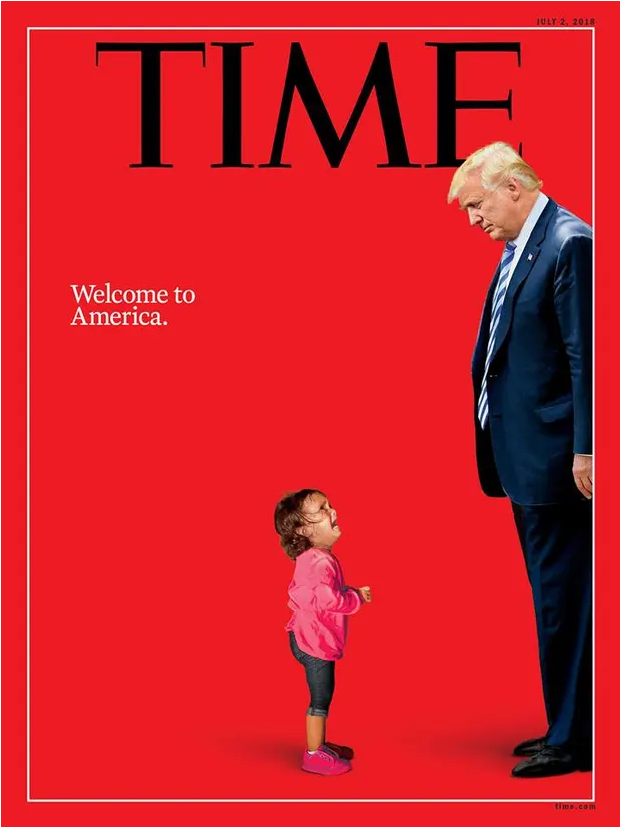 But again, Dickerson doesn’t mention all that.

Nor does she dwell much on 1997’s Flores Settlement, back in the Clinton Era, which required illegal-alien kids to be released without unnecessary delay. In 2016, Leftist kritarchs expanded it to include not only “unaccompanied children” but also “accompanied children.” Once that happened, the Obama Administration began releasing families into the United States. Of course, Congress could override Flores legislatively, something a Republican Congress should make a top priority [The “Flores Settlement” and Alien Families Apprehended at the U.S. Border: Frequently Asked Questions, by Sarah Herman Peck and Ben Harrington, Congressional Research Service, September 17, 2018].

Dickerson should also have reported stories from border agents to describe what illegals do with kids once they’re in the country. While I was on the northern border, we encountered illegals at construction sites who had recently entered. One of them had ditched his 12-year-old daughter in Florida to go on the road to work for a traveling drywall company. Strangely, he didn’t seem overly concerned about leaving his daughter and being gone for months at a time. These kids are used as an excuse to get into the country, nothing more.

That’s why illegals rent children from parents to get across the border, then send them back, where others can rent them, too.

And, of course, Dickerson does not include the ultimate reason kids are separated at the border: Their parents took them on a dangerous march of several weeks, often in the hands of highly paid coyotes who exploit them and rape mother and daughter alike. But Dickerson absolves illegal parents of any responsibility in this atrocity, just as their inhabitants in general are absolved of making Mexico and Central America such awful places to live.

Instead, Dickerson assumes, Americans must open their southwest border, take on this burden of penniless “migrants.” And if they don’t, well, then something is wrong with Americans.

It’s one thing for Dickerson to complain about what she believes to be an injustice. It’s another to omit salient facts that more fully explain the injustice about which she complains.

But that’s what Treason Lobby journalists are paid to do.

The author [Email him] is retired from the Border Patrol.