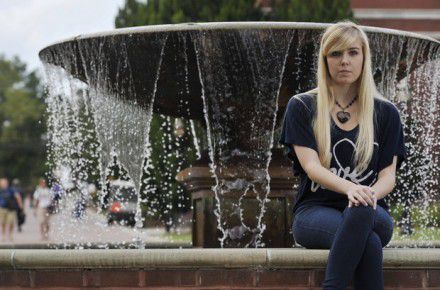 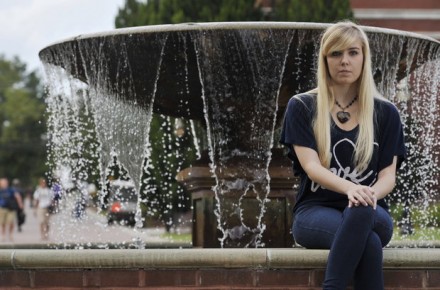 Lauren was brought to the U.S. nine years ago by her parents. She has resided in Madison since 2003. She has graduated from high school and is now a junior in college.

Wait a minute—isn’t Lauren covered by President Obama’s unilaterally-declared, unconstitutional, Deferred Action of Childhood Arrivals (DACA)? After all, DACA was designed for young people who

So what’s the problem? Why isn’t Lauren Bell covered by DACA?

Well, here’s the ridiculous reason: DACA is for young people who

In plain English, that means they must be illegal aliens. Lauren’s “problem”: her father immigrated legally to the U.S. under a legal visa. In fact, her whole family migrated to the U.S. legally. As Lauren’s father put it:

Had she been brought over here illegally under the new legislation [DACA, actually an executive order] that has just been put in place, she would have been fine.

Contrast Lauren’s plight to the millions of illegal aliens and their families—lionized by the Main Stream Media, pandered to by our politicians.

More details: The Bell family consists of four members:  father Kevin Bell, his wife Karen, their two daughters Lauren and Emily, now 17.  They immigrated from Britain to Georgia in 2003 after Kevin had acquired a research and development job with SGD North America in Sparta. The company manufactures glass bottles used as containers for perfume and medicines.

Kevin Bell entered under an H-1B visa. Under its terms, Mr. Bell’s family dependents are not permitted to acquire Social Security numbers or be employed. Lauren herself has an H4 visa, for the wives and children of H-1B visa holders.

The family settled in Madison, Georgia, bought a house and paid taxes. Lauren graduated from high school and is now a junior at Georgia College and State University.

In 2004, her father’s employer SGD North America started an application process for permanent residence (“green cards”) for Mr. Bell’s wife and daughters. But after five years in the system, the applications were rejected in 2009 by USCIS [the U.S. Citizenship and Immigration Services] on a technicality.

The technicality, according to Lauren: “There was a mistake in the wording on the advertisement for the position my dad accepted with SGD North America.” SGD North America appealed in 2010, but was unsuccessful. If Lauren just stays despite the deportation order, she could be banned from ever receiving a green card and from re-entering the U.S. for ten years. And she could put her parents’ status in jeopardy.

So could Lauren just re-apply for an F-1 (international student) visa, as has been suggested? Maybe. But note that, even if she could get that visa, she’d have to pay out-of-state tuition—unlike illegal aliens in many states.

As Lauren expresses it:

How on Earth there could have been that much of an oversight in the legislation is just beyond me…It’s extremely unfair and unjust to punish those that were brought here legally as children by their parents and then deny them the right to stay simply because they turn the age of 21, yet give the green light, so to speak, to those that were brought here illegally. Georgia College student faces deportation to England on 21st birthday, leaving family behind, by Rodney Manley, Macon Telegraph, September 30, 2012

As VDARE.com Editor Peter Brimelow noted nearly eighteen years ago in his book Alien Nation: Common Sense About America’s Immigration Disaster, US immigration law is "enforced against those who obey the law". For more articles on Lauren Bell, see:

The Lauren Bell story sounds made to order for our Main Stream Media, doesn’t it?

Well, apparently not. The articles linked to above are merely local. They don’t compare to the nonstop national sob-story propaganda about the illegal alien “Dreamers.”

Just a thought experiment: If Lauren Bell were Mexican and not English, would she not get a lot more sympathy from the MSM?

Here’s another hypothetical question. What if Anglo-Americans rallied to her cause based on shared ethnicity? (I speak here as an Anglo-American whose family traces back to Virginia in the 1600s—married to a Mexican). Wouldn’t they be called “racists”? So why aren’t Hispanic activists called racists when they agitate for amnesty and more Mexican immigration?

And, since we’re talking about taboo subjects: how about comparing Mexican immigration with British immigration? I mean—since the topic came up….

Breaking that into specific forms of welfare:

[Source: Immigrants in the United States:  A Profile of America's Foreign-Born Population Center For Immigration Studies] If we absolutely have to have immigrants (I don’t believe we do, but our rulers think we do) then shouldn’t we be selecting immigrants who already speak the language?

And who will be less of a drain on our government budget? Why is the Obama Administration kicking Lauren Bell out—and allowing millions of illegal aliens to remain?