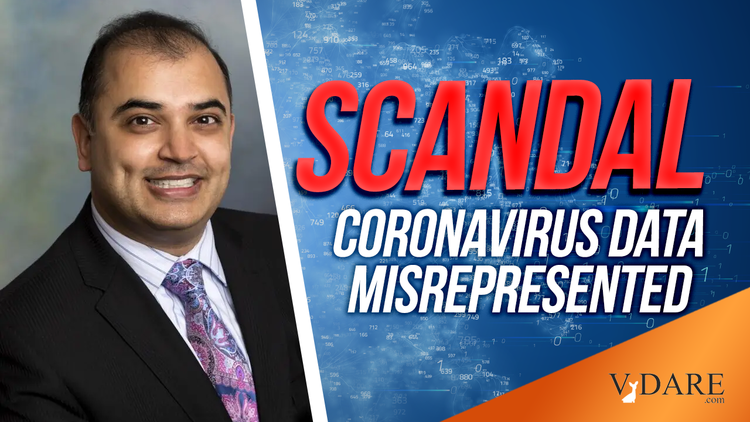 Dr. Sapan Desai is in the NYT with this story.

#medicine & #publichealth need to root out these individuals...“many who have known Dr. Desai, 41, described him as a man in a hurry, a former whiz kid willing to cut corners, misrepresent information or embellish his credentials as he pursued ambitions” https://t.co/m5ceBf7HRp

When I see a headline like The Doctor Behind the Disputed Covid Data, my policy is always to ask "What kind of doctor?"

The answer in this case is an Indian doctor, but that's not the whole story: Whatever kind of trouble Dr. Desai gets into because of his medical misdeeds, he can't be deported—he was born in Evanston, Illinois.

That is, he's "not an Indian" in the sense that Judge Curiel was "not a Mexican," and Omar Mateen was "not an Afghan," and the disloyal (to her State and Party) Governor Nikki Haley was "Not an immigrant." Indeed, Wikipedia describes him as an "American physician."

But he acted like an Indian doctor—Indian doctors have a horrible record in the US for just this kind of behavior.

For reports of them placing profits or career ahead of patient welfare, see:

This is not the only problem with importing doctors from the Indian subcontinent: