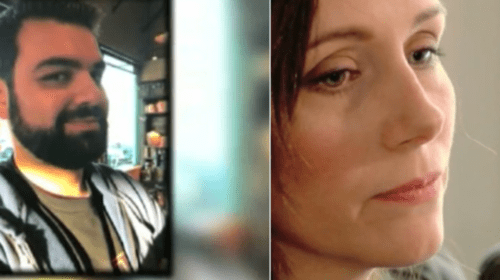 Sikander Imran, an immigrant from Pakistan (he went to Medical School in Peshawar) is going to jail, and possibly being deported for poisoning his white girlfriend's drink to induce an abortion.

Doctor gets 3 years for spiking drink to induce abortion

ARLINGTON, Va. (AP) — A physician who spiked his girlfriend’s drink with medication to induce an abortion has been sentenced to three years in prison.

WJLA-TV in Washington reports that Imran received a 20-year sentence Friday with all but three years suspended. He has lost his medical license and faces deportation to Pakistan after he serves his term.

The station reports that the victim, Brooke Fiske, had been dating Imran and was 17 weeks pregnant when she went to visit him to discuss raising the child.

Imran admitted slipping an abortion pill into her tea. She had a miscarriage within hours.

Fiske asked the judge to grant some leniency to Imran at Friday’s sentencing hearing.[More]

It's amazing how many stories mention his possible deportation to Pakistan without referring to him as an immigrant(one refers to his "birthplace" and another says "native Pakistan")and of course no information about Pakistan ever reaches the headline.