Women Are Taking Over Medicine—Not Necessarily Good For Them, Or Their Patients 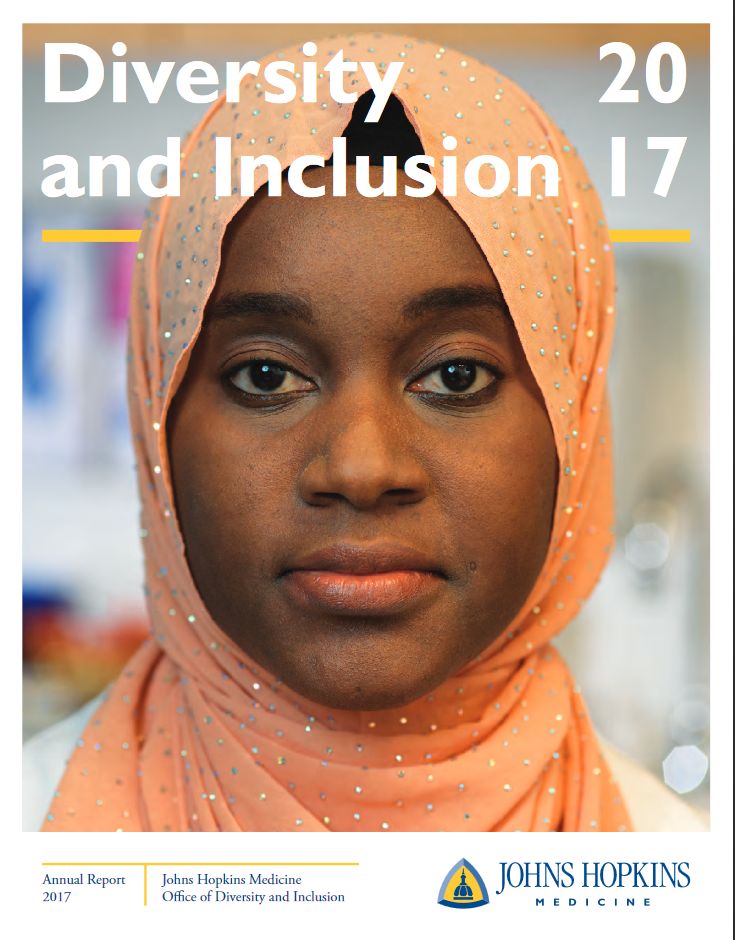 When I attended Johns Hopkins University almost 50 years ago, most of the students were men. Enrollment at the medical school was lopsidedly male, too. Today, undergraduate enrollment is 52.2 percent women, 47.6 percent men. The school also “boasts excellent racial diversity,” with whites at 38.2 percent, Asians at 23.4, and blacks around 6 [Johns Hopkins Student Population Stats, Collegefactual.com]. The diversity racket depends on leveraging white guilt about race, of course. (See Diversity and Inclusion, 2017, Johns Hopkins Medicine Office of Diversity and Inclusion, which features a cover photo of a Gambian female student in a hijab). According to Johns Hopkins, women students comprise "approximately 50% of the medical school class."

I believe Lance Welton’s conclusions about the damaging influence of women in the academe, which aroused a predictable furor, apply also to the medical profession. Welton additionally noted the interesting fact that British medical schools admitted women in considerable numbers during World War I, but later decided it was a mistake and cut back. We should be so lucky.

Historically, a number of exceptional women such as Helen Taussig (right, not wearing hijab), the pioneering pediatric cardiologist, have distinguished themselves in medical careers, but social conventions supported a predominantly male 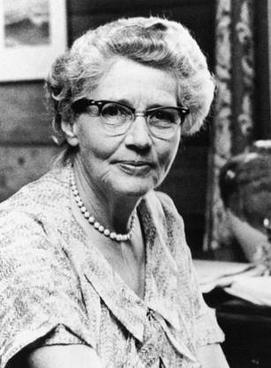 medical profession. Not anymore. In 2017, more than 60 percent of physicians under 35 years old were female, and the percentage appears likely to increase in the future [The healthcare future is female, by Megan Johnson, AthenaHealth.com, February 14, 2018].

Is this transformation a good thing? My own observations through 35 years of medical practice suggest that everyone will suffer—but no one will be allowed to notice in medicine’s Brave New World.

I had the pleasure of working with many smart and capable women. But their temperamental and physical limitations provided a constant, subtle undertow of problems: They are 1) indecisive 2) lack professional focus; and 3) get pregnant and 4) burn out more easily than men. None of that bodes well for patients if the majority of doctors are women—or for the women doctors themselves.

I worked in a private-practice radiology group in Baltimore County. When I joined, the doctors were all men, but we hired a number of women through the years. The first problem I noticed was their indecision. Referring doctors would call me or come into the reading room and complain that a report from one of my women colleagues was too vague.

Diagnostic radiologists are famous for hedging. Such evasive locutions as “suggestive of,” “cannot exclude,” “technically limited examination,” etc. are our stock in trade because of the inherent uncertainty of translating a shadow, an echo, a radio signal, or a scintillation into a diagnosis. Hedging conveys uncertainty. But the radiologist then must recommend resolving the uncertainty as safely and cheaply as possible. Wishy-washy reports leave the patient and the referring doctor uncertain as to how to proceed, and could lead to unnecessary additional testing.

In whispers, male colleagues have shared stories of waffling women colleagues, but evidence beyond the furtive anecdote is found in breast imaging, a specialty that is 75 percent female. Mammography is highly standardized and lends itself to quantitative study of interpreter performance. Patients undergo screening mammograms, which radiologists read in batches. The resulting reports call for either routine follow-up or additional evaluation such as special views or ultrasound. The latter are known as “recalls.” A 2009 study of more than 1 million screening mammograms found that women radiologists had a significantly higher rate of recalls and false positives, without a corresponding increase in cancer detection [Variability in Interpretive Performance at Screening Mammography and Radiologists’ Characteristics Associated with Accuracy, by Joann G. Elmore, et al., Radiology, December 1, 2009]. (The other factor significantly associated with high recall and false-positive rates was fellowship training in mammography, with an associated improvement in cancer detection.)

Another common test that lends itself to overinterpretation is the chest x-ray. Less-experienced radiologists and women excel in recommending unnecessary CT (computerized tomography)  scans to evaluate “radiodensities” that older men recognize as composite shadow artifacts. One of my women colleagues drove thoracic surgeons crazy with false alarms.

My half-baked theory to explain the problem: Men are bolder and more decisive because of testosterone. As well, among our Stone Age hunter-gatherer ancestors, men were hunters, and so evolution has left men better adapted to spotting the animal in the brush while ignoring extraneous visual information. A false start spooks the game, and survival depends on a successful hunt.

I can offer no data to support that conclusion, but then again, unlike mammography, data on chest radiography isn’t collected. No one is likely interested in inviting persecution by investigating sex differences on that count. (Computerized tomography, by the way, is fast replacing plain x-rays, and artificial intelligence may soon replace diagnostic radiologists.)

The second problem for medicine if women are the majority of doctors. As Megan Johnson wrote for Athena Health, above:

Anna Goldenheim, M.D., a 33-year-old pediatric resident at a Boston hospital and a mother of two, says her work life will always be dependent upon her children's schedules. “I think that as a woman, my job priorities are going to be really fluid for as long as my kids are home and will change again as my kids go to school,” says Goldenheim. “I'm hoping to tailor my job to those needs.”

Time was, a doctor “tailored his job” to the needs of his patients. In other words, hiring  a partner whose “job priorities are really fluid” sounds like trouble.

Dr. Goldenheim’s devotion to her children’s needs is absolutely commendable. But it’s a curious notion that admitting her to medical school and residency is the best way to support her maternal priorities. Yet it’s also a curious notion that cannot be criticized under the regime of inclusiveness. We are all interchangeable parts in the machine. To suggest otherwise is to be a Hater.

Goldenheim’s admission that she tailors her job to her children’s’ needs brings up pregnancy itself, one of the major challenges of working with women. Aside from requiring 12 weeks of maternity leave, women doctors require special consideration from the beginning of the pregnancy. In radiology, she is likely to refuse to do fluoroscopy, lest her baby absorb scattered x-rays, although this poses little risk of harm  [Radiation exposure and pregnancy, by Palma Shaw, et al., Journal of Vascular Surgery, May 28, 2010]. Still, her male colleagues will not dare to argue. And non-pregnant colleagues will end up with a higher dose of radiation because they have to fill in for her.

If she happens to be the group’s one expert on, say, angioplasty or general gastrointestinal barium studies, her absence from the schedule might hurt the quality of patient care. In my experience, the requirements of pregnant and perinatal colleagues added to the stress of practicing medicine, which leads to Problem Four: burnout.

But women doctors report a 20 to 60 percent higher prevalence of such symptoms. A survey of 15,000 doctors in 29 specialties found self-reported burnout in 38 percent of men and 48 percent of women [National Physician Burnout and Depression Report, by Carol Peckham, Medscape, January 17, 2018].

Unsurprisingly, “gender inequality” concerns the American Medical Association, a PC-compliant organization devoted to “gender equity” [AMA principles will further gender equity among physicians, Kevin B. O'Reilly, AMA-ASSN.org, June 11, 2019]. Handwringing about it is a minor industry. Ultimately—surprise!—men are found to be to blame because of their “gender bias”:

Providing education about gender bias through brief educational interventions can change physicians’ perceptions of bias, including changing their implicit biases. Strategies to provide support for women physicians and to address bias also need to consider the impact of the interaction of age, race and ethnicity minority status, and gender or sexual orientation minority status on the development of burnout. Organizational interventions aimed at reducing the effects of gender bias and discrimination range from improving awareness to providing structured opportunities for women faculty members to share their experiences, as well as explicit discussions about the influence of gender bias on processes such as feedback and promotion. When feedback about gender bias is provided, defensive reactions that could be provoked by such feedback should be anticipated.

Translation: A Social Justice Warrior’s work is never done. Let’s put everyone on edge with another time-wasting and demoralizing compliance-training session, so that those evil white heterosexual males will know that the workplace is an intersectional minority minefield.

Oh, and be prepared to smack down any objections. That should help the burnout.

[Do men and women really have different personalities?, by Christian Jarrett, October 12, 2018]

Women-dominated medicine will look different, too. But I suspect that, in the new, multicultural America, separating the feminine component will be difficult if one can’t understand one’s doctor’s accent.

Not that you could discuss it in the first place, much less complain, even among “conservatives” who know sex differences are real but accept equal representation in the workplace as a moral imperative and article of faith. (For a good discussion see James Kalb’s Against Inclusiveness: How the Diversity Regime is Flattening America and the West and What to Do About It.) Any skepticism about Official Doctrine will be perceived as an assault against the ideological edifice of Diversity, Inclusiveness,  and Equity.

Welcome to the future.

Dr. Cockey [email him] is a retired diagnostic radiologist and the author of The Sacred Fury, a  Poe-inspired novel about Baltimore’s near future.