War On Whites? This Iowa Veteran Survived World War II—Only To Be Murdered By An African “Refugee” Imported By His Government

War On Whites? As the United Nations, the Main Stream Media, and the President of the United States all demand Americans award “refugee” status to tens of thousands of illegals, let’s remember the brutal murder of Rupert “Andy” Anderson, an American veteran allegedly killed by an Ethiopian “refugee" just this month. Ngor Makuey, who has been arrested for the murder of the 97 year-old man and the attempted murder of his 94 year old wife, is an immigrant allowed into this country because of his family’s flight from violence. He used this kindness as an opportunity to bring slaughter to once-peaceful towns.

Two days before Independence Day, a man rang the doorbell at the Andersons’ home, where they had lived since 1947. [Family releases statement in brutal home invasion attack, KCCI 8, July 7, 2014] 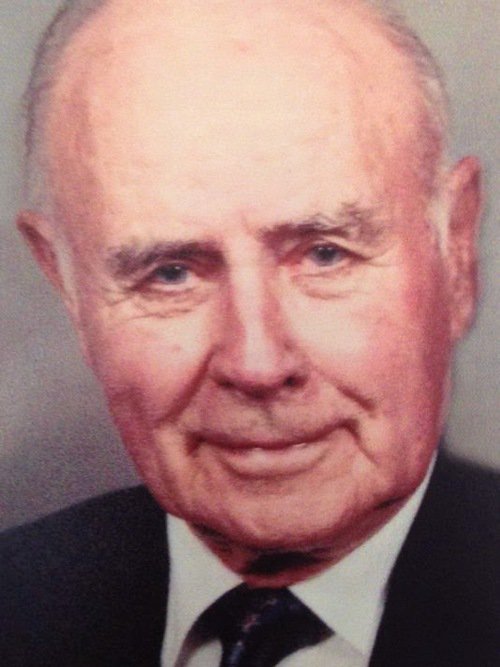 When Mrs. Anderson opened the door, the man immediately attacked her with “either a metal bar or pipe.” When the elderly woman crumpled to the floor, the attacker did the same to Mr. Anderson. Mrs. Anderson was able to crawl to a telephone and call 911 as her husband was bludgeoned to death. [Suspect in fatal home invasion lingered at crime scene by Grant Rodgers, Des Moines Register, July 14, 2014.]

Police responded, trailed by a camera crew from the television show Cops—even cases like this are fodder for entertainment in modern America. Incredibly, police initially found Ngor Peter Makuey standing “calmly” outside the door. His complete lack of emotion and casual presence outside the crime scene was so extraordinary that police assumed he was a family member and only later realized he was a suspect.

Makuey fled and was eventually found at a “housing complex,” with his mother holding the bloody sweatshirt he had just been wearing. 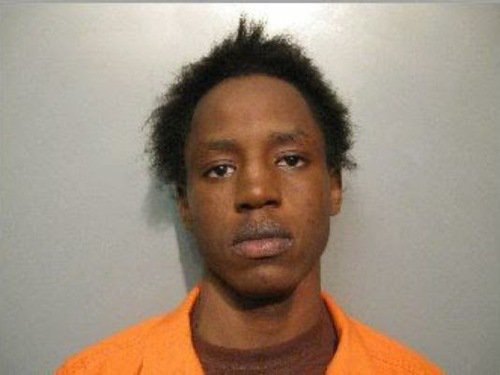 Who is Ngor Peter Makuey? According to his stepfather, Makuey was born in a refugee camp in Ethiopia after his parents fled civil war in South Sudan. They “gained refugee status from the United States and moved to Utah in 2001.”

At his initial court hearing, Makuey told the judge he is from Ethiopia and requested that the Ethiopian consulate be notified that he was being detained. He is not an American citizen. [Police find weapon believed to be used in fatal home invasion, by Katherine Klingseis and Regina Zilbermints, The Des Moines Register, July 3, 2014]

However, he was still able to attend Southeast Polk High School (only 2 percent black) and participate on the track team. [Home Invasion suspect was student at SE Polk, by Katherine Klingseis, The Des Moines Register, July 3, 2014]

As you can probably guess, his mother is telling reporters, “Her son was a good boy who got in trouble only once.” His stepfather called Makuey a “peaceful youth.” Also following the MSM-approved pattern, we are told of Makuey’s desire for education, as he “hoped to go to college to become an artist or a computer technician.”

Though we’ve checked off the “good boy,” “peaceful,” and “valued education,” boxes, Makuey allegedly bludgeoned elderly strangers to death by himself with a pipe—so we can’t get stories about him “being with the wrong crowd” or speculation that “the gun just went off.” He also didn’t steal anything, so the MSM can’t say that it’s a “robbery gone wrong.”

It seems redundant to note that one of Makuey’s other ambitions is that he wanted to be a “rap star.” [Accused Killer’s Parents: ‘I don’t believe that’, by Aaron Brilbeck, 13WHOtv, July 3, 2014]

The MSM is also doing its best to make sure we all remember the real victims in this case—Sudanese refugees.

The Des Moines area has an estimated 3,000 Sudanese refugees. Yohana Alphonse… a secretary of the Equatorial South Sudanese Association-Iowa, said he was a bit concerned that some Iowans would jump to the conclusion that Makuey's alleged crime was somehow related to his status as a refugee.

"It was just an individual's act," Alphonse said.

Alphonse said that on the whole, Sudanese refugees have caused few problems since settling in the Des Moines area in the 1990s. He said he feels sorry for both families involved in last week's tragedy.[Family: Teen charged in murder was quiet, happy, by Tony Leys and Regina Zilbermints, The Des Moines Register, July 9, 2014]

When I asked Des Moines Police Department spokesman Sgt. Jason Halifax [Email him] about whether this murder was a possible hate crime, he responded: “There was no known motive. No evidence points toward a hate crime.”

Sgt. Halifax added that for the police’s purposes, Makuey’s immigration status was “irrelevant.”

In print MSM reports, police say the Andersons were not targeted for a “specific item or cash.” Nothing was stolen. Sgt. Halifax gave the usual explanation of these black-on-white murder cases – “It has the appearance of being totally random. It’s concerning.” [Police find weapon believed to be used in fatal home invasion, by Katherine Klingseis and Regina Zilbermints, Des Moines Register, July 3, 2014]

“Concerning”? This bizarre description of demonic savagery is kind of thing you say about unseasonably hot weather.

But the officer should not be blamed. Dishonesty is evidently a job requirement under Des Moines Police Chief Judy Bradshaw.

In 2010, scores of blacks assaulted whites at the Iowa State Fair and a police officer filed a report saying that black rioters had announced it was “Beat Whitey Night.” Chief Bradshaw leapt into action—not to punish crimes, but to demote and reassign the police spokesperson who mentioned race as a possible factor. [Iowa Officer Disciplined for Quoting Report, By “Wyatte Earp, Supportyourlocalgunfighter.com, September 3, 2010]

(Interestingly, you now can only find this article from—fortunately numerous—secondary sources, as the Register seems to have deleted it from its archives).

Not surprising there’s clinical language from Des Moines police spokesthings in this case.

World War II veteran Rupert “Andy” Anderson is just another American who survived war overseas, only to be murdered by racist blacks at home.

To the MSM, universities, entertainment outlets, and government bureaucrats, he was a heterosexual church going “old white man,” a hate figure whose destruction is the moral justification behind their existence.

But their anti-white rhetoric has consequences.

To his community, Anderson was a veteran, a business owner, an animal lover, and a married man who leaves behind a grieving family who remember him as gentle and compassionate. Hundreds attended his funeral, the account of which makes difficult reading. [Rupert Anderson’s “Gentle Spirit” Mourned, by Linh Ta, The Des Moines Register, July 13, 2014]

Yet there will be no activist organizations seeking justice, no celebrity tributes, no made-for-television movies, no legislation named after him, and no clergy telling us we should never forget this supposedly “random” crime—as apparently unpredictable and mysterious as being struck by lightning.

But it’s not random. It’s the predictable result of importing “refugees” from violent cultures and systematically indoctrinating them that they are oppressed by racist whites.

It’s the consequence of decades of court rulings and political decisions that allow people like Makuey to be in the country.

Rupert Anderson is the latest American to die indirectly at the hands of his own government.

But he won’t be the last.