America is open and generous toward the world’s downtrodden and as a result has accepted many diverse war criminals as immigrants and refugees. 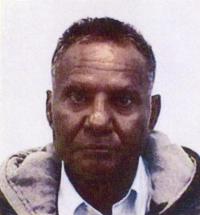 Today’s example was a guard at a brutal prison in Marxist Ethiopia where he tortured and killed dozens of prisoners. Kefelgn Alemu Worku (pictured) later escaped to the United States, entering as a refugee by stealing another man’s identity.

Here’s a text and video report from local Denver media from a couple years ago:

ARAPAHOE COUNTY – The 9Wants to Know investigators have learned U.S. Federal agents arrested a man who they believe is a war criminal from Ethiopia convicted of killing 101 people and torturing many others.

Kefelegn Alemu Worku went by the name Tufa or Habteab Berhe Temanu, according to federal agents and federal court documents reviewed by 9Wants to Know. Immigration Customs Enforcement arrested Worku was arrested Aug. 24, but news of his arrest wasn’t immediately made public.

ICE agents allege Worku stole an identity and forged his citizenship application to be able to get into the United States. Federal prosecutors charged him with unlawful procurement of citizenship or naturalization and aggravated identity theft. If convicted he could be sentenced to 10 years in prison. It’s not clear whether he could be deported back to Ethiopia. [. . .]

Customs agents discovered Worku used a fraudulent name to immigrate to the United States on July 12, 2004 as a refugee along with four children to live with a fifth child already in the United States.

Now American taxpayers must feed and house this monster for decades. Would stricter background checks be too much to ask?

A woman who was beaten routinely by a notorious Ethiopian prison guard — a man accused of killing and torturing dozens of people — hugged prosecutors after her tormentor was sentenced to 22 years in prison.

Others wept and shook during Friday’s hearing in Denver in which Kefelgn Alemu Worku, 62, was sentenced to the maximum prison term following a U.S. immigration fraud conviction.

Worku was convicted of lying on immigration documents and stealing another man’s identity to gain entry to the United States. He lived a quiet life in Aurora for years until one of his victims recognized him.

“If any case called for a maximum sentence, it seems to be this one,” said U.S. District Judge John Kane.

Kane added that giving Worku the maximum sentence is one way to demonstrate that the U.S. is not a haven for people committing heinous acts against humanity like Argentina became for Nazis after World War II. Kane said Worku’s citizenship status is revoked and he will likely be deported to Ethiopia following his sentence.

Worku, speaking through a translator, issued a rambling statement to the judge that continued for nearly an hour. He denied the accusations and said he was a victim, incarcerated for six years.

“I never did the inhuman things that I am accused of. I’m not someone who would beat someone 30 minutes every day,” Worku said.

But Abebech “Abby” Demissie testified that Worku struck her with an AK-47, causing her to vomit for days.

In another instance, Worku, after executing several prisoners, ordered other prisoners to drink their blood or clean their blood off the floor with their tongues, Demissie said. He also shot a 14-year-old boy in the stomach.

“I still remember Worku’s characteristic arrogant smirking smile. The smirk I saw on his face after he had shot 14-year-old Hailu Tadesse was the same kind of grinning smile he gave me while I was testifying against him after the Honorable Judge Kane ordered him to turn his face towards me in order to let me identify him,” Demissie said.

Following the sentencing Demissie hugged members of the prosecution team. She said she felt a great sense of relief after she was able to testify at Worku’s trial.

“I believe Worku would obtain some peace of mind if he admits he committed crimes against humanity in Ethiopia,” Demissie said. She said he should disclose where bodies of victims were “dumped.”

Worku was convicted in October of three charges related to forging immigration papers in 2004 to come to the U.S. He was arrested in 2012.

Worku, a former member of the Marxist Derg junta, could be deported to Ethiopia, where he was sentenced in November 2000 to death for torturing 101 people to death.

During his five-day trial in October, torture victims testified Worku was a brutal guard at the Higher 15 prison in the late 1970s.

According to a federal document, it is unlikely the sentence would be carried out in Ethiopia, where many members of the Derg junta have been pardoned, according to a report.