Time For Separation? De Tocqueville Right, Harvey Mansfield And Wife Wrong—Blacks And Whites Just Can’t All Get Along

See also: Jefferson's Prophecy, The Rest Of The Story: "The Two Races, Equally Free, Cannot Live In The Same Government" 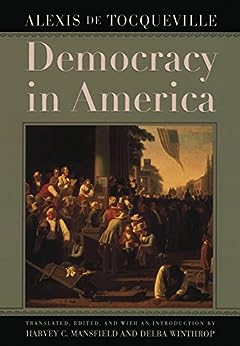 In their introduction to their edition of Democracy in America (copyright 2000, originally written in 1835), prominent neoconservative intellectual Harvey C. Mansfield and his late wife Delba Winthrop observed that Alexis de Tocqueville's predictive powers were "uncanny."

With one exception: race.

If de Tocqueville really thought blacks and whites could never live together in harmony, he was wrong, they wrote.

Well, it's time to slide that bead over to the "win" column, too.

You get the picture. To adapt the famous Rodney King quote, blacks and whites just can’t “all get along.”

The riots, the rise of Antifa and BLM, the increasing murder of whites-as-whites and police officers—it all came as a shock to those white Americans who could have sworn the whole race thing was taken care of. 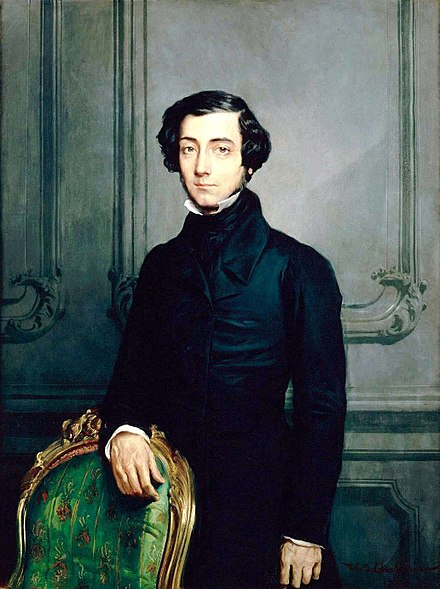 But 2020 would not have surprised de Tocqueville. The Norman-descended Frenchman is, of course, legendary for the elegance and perceptiveness of his writing. He's claimed by both Right and Left (with some justification on either side).

His writings on race in Democracy in America are fascinating, though you wonder how often they're assigned to college students. Your typical college student today would need a long convalescence in a safe space after reading them.

You might say that America's entire approach for the past 200 years has consisted of "intermediate measures."

Race hits the visitor to America in the face, de Tocqueville reports:

The men spread over this space do not form, as in Europe, so many offshoots of the same family. From the first one finds in them three naturally distinct and, I could almost say, inimical races.

Brace yourself for de Tocqueville’s take on a black man:

His countenance appears hideous to us, his intelligence seems limited to us, his tastes are base; we very nearly take him for a being intermediate between brute and man.

De Tocqueville made the point that slavery wasn't the point. In ancient times, where a Greek was the slave of a Roman, the mere unshackling of the slave meant instant equality. The unshackled Greek could saunter into the marketplace and nobody would turn their head.

Sometimes, Greeks were the better sorts:

Among the ancients, the slave belonged to the same race as his master, and often he was superior to him in education and enlightenment.

Similarly, whether blacks in America were free or slave was of only slight importance. Said de Tocqueville:

If inequality created solely by the law is so difficult to uproot, how does one destroy that which seems, in addition, to have its immutable foundations in nature itself?

On the total impossibility of equality, de Tocqueville:

Black slavery may well have been the biggest mistake white Europeans ever made.

From the moment that the Europeans took their slaves from within a race of men different from theirs, which many of them considered inferior to the other human races, and to which all viewed with horror the idea of ever assimilating, they supposed slavery eternal; for, between the extreme inequality that servitude creates and the complete equality that independence naturally produces among men, there is no lasting intermediate state.

De Tocqueville offered no solution, but did mention the Liberian repatriation efforts.

And, needless to say, he has been proven dead right.

My conclusion is that only racial separation—what American Renaissance’s Jared Taylor is reportedly calling “The S-Word”—carries hope for the future. The reckoning might be painful, but it must be had. Everything else is a lie.

Separation need not involve violence or unfairness, as many might imagine it would.  You might be surprised how open black folks are to the idea.  It might end up being whites who need the most convincing.

And Mel Gibson-astride-his-horse fantasies aside, you might even succeed in making separation the boring stuff of commissions, government forms, long-winded meetings, and snooze-inducing bureaucracy.  At which point you know you're in business.

Who needs another 200 years of blood and suffering as evidence?

The author [Email him] is an Attorney somewhere in America.