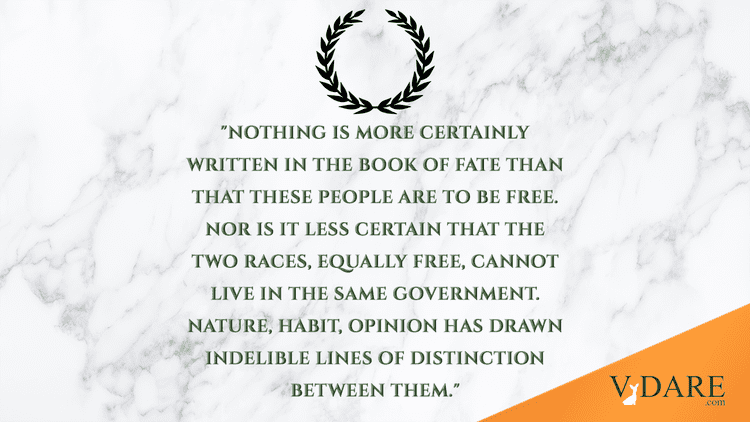 Jefferson's Prophecy, The Rest Of The Story: "The Two Races, Equally Free, Cannot Live In The Same Government"

Thomas Jefferson, a great President, a great intellectual, and author of the Declaration of Independence, has a memorial called the Jefferson Memorial, which is a little large to for a mob to pull down, although I believe they've been descrating it.

There are some inscriptions on the inside, chosen in 1943 by New Deal Democrats, which include some cherry-picked anti-slavery sentences.

A reader wrote us in 2013 to point out that Jefferson's quote struck him as odd. The quote (carved in stone on a panel inside the monument) included this.

“Nothing is more certainly written in the book of fate than that these people are to be free.

Our reader looked up the whole thing and constructed this: 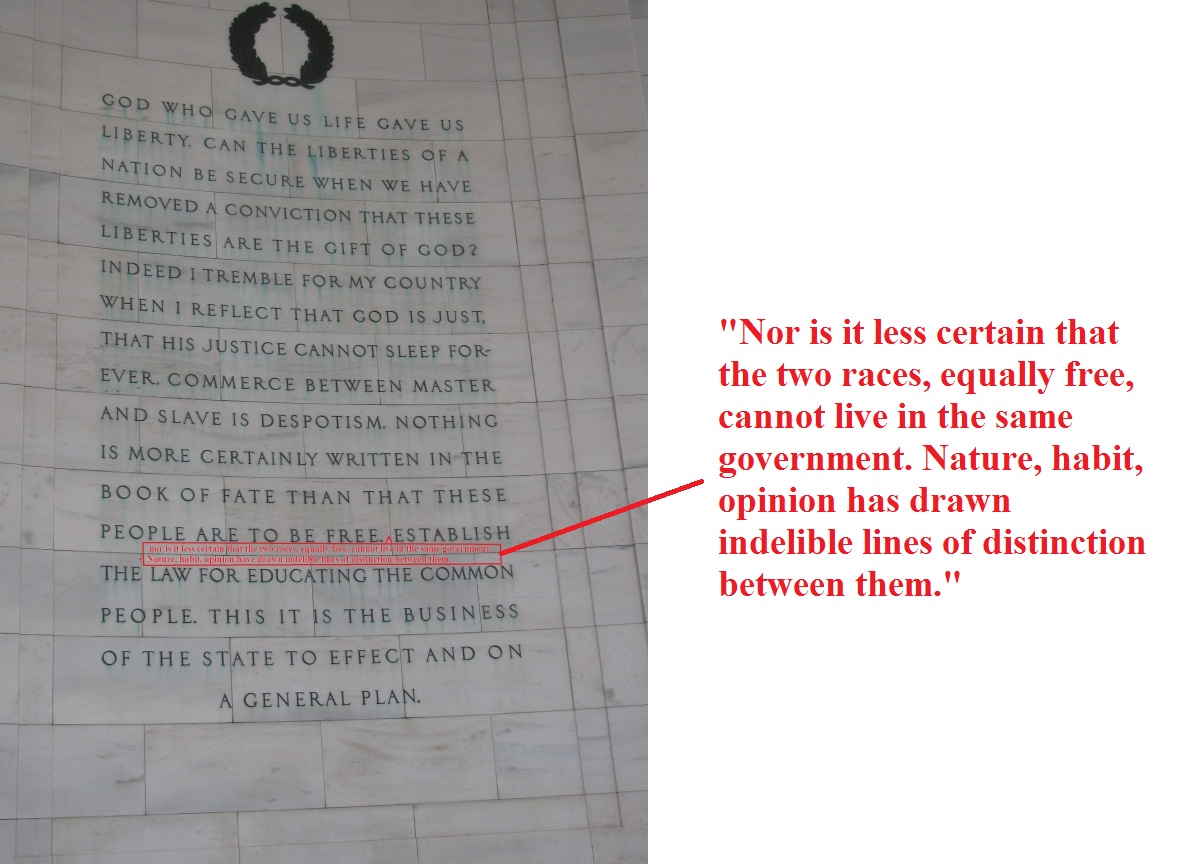 Citeit.net has a fuller analysis of the whole panel [Cherry-Picked Quotations on the Jefferson Memorial, January 6, 2018] in which author Tim Langerman says

Although it looks as though the text etched into Panel Three of the Jefferson Memorial is a single quotation from Jefferson, it actually is a compilation of 6 separate quotations.  Can you see what was lost when the context of each excerpt was stripped away?

The quote about blacks being free—but not living with whites—is this (emphasis added by Citeit.net):

He didn't think a multiracial polity was going to work out, and he thought free white labor would make better Americans than black slaves, and he hoped to help the blacks return to Africa, a goal shared by Marcus Garvey and Abraham Lincoln.

Jefferson believed in liberty, but he also believed in America. That's why he's now a target.