Back in 1988, a movie called Mississippi Burning was released.

Why? The goal was obviously to induce white guilt in those white people who saw it and black rage in those black people who viewed the film.

A New York Times review of Mississippi Burning—a movie that the screenwriters admitted was mostly the work of fiction— wrote it "literally crackles with racial hate."

Why is this important to note? Because a number of black people who saw the film acted on that racial hate.

This group of black people, enraged from seeing Mississippi Burning - remember, a work of fiction—  said "Do you all feel hyped up to move on some white people?' "'You all want to f*ck somebody up? There goes a white boy; go get him”, and   chased down 14-year-old Gregory Reddick (after counting to three, a macabre timer for racial revenge) and "beat him severely, and stole his tennis shoes. The boy was rendered unconscious and remained in a coma for four days." [Wisconsin v. Mitchell (92-515), 508 U.S. 47 (1993).]

Why is this important to even bring up? 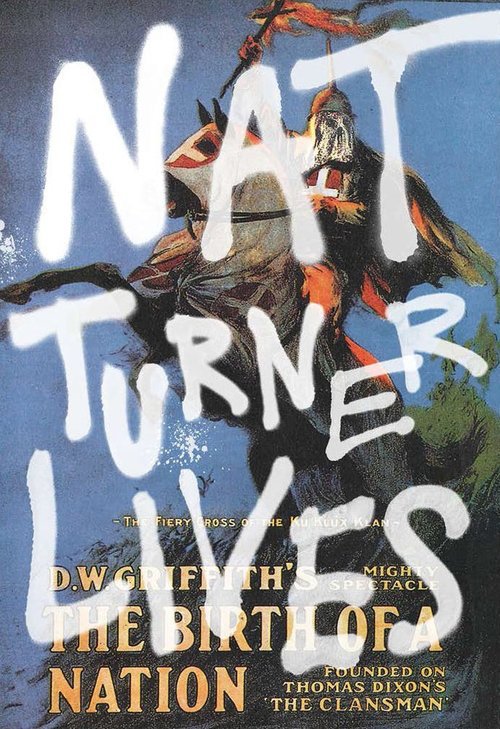 The coming film “The Birth of a Nation,” which recounts a violent 1831 slave rebellion and includes scenes that evoke present-day outrage over fatal police shootings of black men, has been marketed as an urgent call to action.

In publicity materials, Nate Parker, the film’s director, writer, producer and star, says audiences should leave theaters asking, “When injustice knocks at our own front door, are we going to counter it with everything we have?” The distributor of the historical drama, Fox Searchlight, has promoted it with provocative posters depicting Mr. Parker’s character with his head in a noose made from an American flag and with trailers that feature Andra Day’s stirring rhythm-and-blues song “Rise Up.”

But when “The Birth of a Nation” arrives in roughly 2,000 theaters on Friday, Fox Searchlight is hoping that a parallel and largely invisible marketing effort — one intended to contain and frame Mr. Parker’s message — will ease the film into communities already on edge. As the nation struggles to deal with the issue of race after a number of episodes in which unarmed black men have been killed by the police, prompting protests in cities across the country, the studio wants “The Birth of a Nation” to inspire but not incite.

Whether Fox Searchlight can have it both ways will depend on the effectiveness of a grass-roots campaign aimed at churches, schools and pockets of political influence.

As it has publicly dealt with new attention on a rape case from 1999 involving Mr. Parker, the studio has quietly hosted an unusually expansive series of private screenings of the film for groups like the Congressional Black Caucus and the Conference of National Black Churches. Aja Brown, the mayor of Compton, Calif., will be a co-host of an advance screening at a local theater on Monday. Studio operatives have also distributed guides to roughly 80,000 churches that contain suggestions for weaving the film and its themes into sermons. Classroom study materials were made available to more than 30,000 teachers.

“We can’t control how the film is ultimately read, what actions people may take, but one message has been that there are very viable and practical steps,” said the Rev. Marshall Mitchell, a pastor and movie consultant who since April has been among those working to build interest in Mr. Parker’s film while also reducing its volatility. “Rise up by voting. Rise up to build affordable housing. Rise up in a constructive way.”

In conjunction with the film, Fox Searchlight helped organize a voter enrollment effort in multiplex lobbies. Actors from “The Birth of a Nation” also recorded a video to raise voting awareness, which has run in participating theaters. “This fall, we will all have the opportunity to put our differences aside and celebrate the rights that unite us as Americans,” says Colman Domingo, who plays a slave named Hark in the movie.

“The Birth of a Nation” recounts the true story of Nat Turner, a slave who gained a following as a preacher. But repugnant events — atrocities by slave owners, the gang rape of his wife by white men — turn Turner into the leader of a murderous rebellion. He hopes the killings will be the first shots in a war for equality and justice, but whites slay him and his followers as retribution.

The film is direct in its effort to connect America’s racist past to the present. In one jarring scene that echoes contemporary accounts of police shootings, slave hunters stop Turner’s innocent father on a road and try to kill him. Mr. Parker declined an interview request, but studio publicity materials quote him as explaining, “If you look at history — if you look at the history, say, of how Southern police departments developed out of slave patrols — then you can better analyze where we are now.”

Fox Searchlight, which also declined to comment, paid a hefty $17.5 million in January to acquire distribution rights to “The Birth of a Nation,” which takes its title from the 1915 D. W. Griffith silent movie, which is considered a landmark for its innovative filmmaking technique but is derided as racist for its stereotypical depiction of blacks and its sympathetic portrayal of the Ku Klux Klan. At the time, the studio was confident it could turn the well-reviewed movie into a hit.

The subject matter of Mr. Parker’s film is timely and relevant, dovetailing with the Black Lives Matter movement. Mr. Parker, who spent seven years struggling to get “The Birth of a Nation” made, had a compelling story to tell. And there was a shortage of prestige-minded films with diverse casts. The shutout of black actors by Academy Awards voters (for a second year in a row) and subsequent #OscarsSoWhite outcry made that clear.

But the marketing plan grew complicated in a hurry.

Police shootings of black men — many of them captured on video — continued to set off protests around the country. Then, in July, a demonstration in Dallas turned violent when a gunman killed five police officers. He set out to kill as many white officers as possible, Texas officials said.

Fox Searchlight had conducted focus group research to see if “The Birth of a Nation” might be viewed as a call to aggression and concluded there was no risk. Even so, the studio leaned into its effort to position the film as a specific type of provocation — a peaceful one.

“Part of our work has been to distill that ‘rise up’ message down,” said Mr. Mitchell, who is the pastor of Salem Baptist Church in Jenkintown, Pa., and a founder of Wit PR, a firm that specializes in outreach to spiritually minded moviegoers.

Then, in late August, news reports brought renewed attention to a case in which Mr. Parker was accused and later acquitted of raping a fellow student while at Penn State. It was revealed that Mr. Parker’s accuser later committed suicide in 2012 at the age of 30.

That disclosure prompted a backlash against the filmmaker. Some called to boycott the film.

The movie’s awards prospects dimmed dramatically. On Sunday, “60 Minutes” dedicated part of a segment to the controversy, with an unapologetic Mr. Parker saying he was “falsely accused” and “vindicated.”

All of that means the financial prospects for “The Birth of a Nation” are now murky.

Some movie marketing experts say the question at this point, in fact, is not how the masses will receive the film but whether there will be any masses at all. Will women shun “The Birth of a Nation” because of the controversy about Mr. Parker’s past? Do black audiences want to see another movie with slavery at its center? Will the potential lack of awards season buzz depress ticket sales, particularly overseas?

So the New York Times has just published a story basically washing their hands of any racial hate the movie Birth of a Nation creates among blacks, and whatever racial violence the movie motivates against white people.

The United States of America is basically ceasing to exist as a nation before our eyes, and it would be foolish at this point for any white person to believe it can be salvaged.

In fact, it's important to note our Federal Government, media, entertainment industry, academia, and private sector now view Nat Turner as the hero—and not the villain.