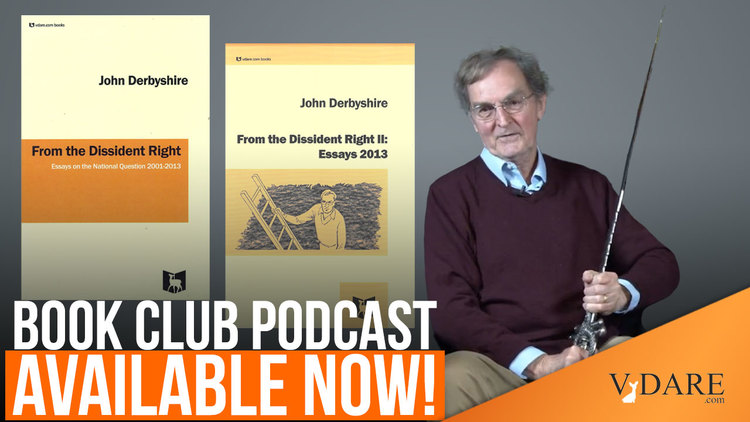 The Dissident Right Then And Now: A Discussion With John Derbyshire 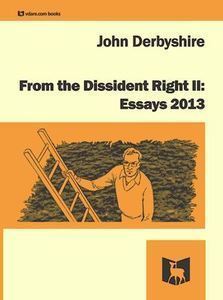 My just-posted discussion with John Derbyshire for the VDARE Book Club can be thought of as the completion of a cycle. If we weren’t both mistaken, John Derbyshire coined the term “Dissident Right” and was using it in 2012—which today seems like ancient history. Now, the term has re-emerged as a separation from the “Alt Right” of 2015–2017. We end where we began, as graduates of the historic American Conservative Movement who have realized that changing demographics, cultural degeneracy, and a hostile elite are destroying the things conservatives are supposed to “conserve.”  Conservatism Inc. isn’t doing anything about it, so that leaves us.

However, how can we do it? Both John and I are skeptical of the prospects for separation from the United States. The only way the “System” may be brought to a halt is through some external disaster.

Of course, even to contemplate something like that, something akin to the Russian military defeat in the Russo-Japanese war might be required, which is horrifying because it will mean Americans paying for the mistakes of their rulers.

If we’re lucky, John said in the discussion, it will be something more akin to the largely bloodless Suez Crisis that finally brought home to the United Kingdom that was no longer an imperial power.

John suggests that we are on the brink of hard tyranny, something akin to what the Polish and Hungarian peoples faced in the 1960s. (I agree with him.) Looking to the way those nations survived and overcame a hostile regime may be useful for Americans today.

I’ve argued explicitly that the historic American nation is essentially a stateless people, devoid of representation in the Regime that rules over them, discriminates against them, and tries to replace them.

In a global context, the exploding Third World population, especially in Africa, means that immigration issues will surge in importance, even if elites would rather bury the discussion.

John and I discussed these issues and more yesterday. Of course, the point is not just to explain the world, but to change it. There will be hard times ahead. However, this should be seen as a challenge to become and a crucible that will strengthen us. There is hope and reason for faith in victory—not least because of all the readers and supporters who make VDARE.com possible.

Enjoy the discussion (the first 20 minutes of which is posted below) and we look forward to your feedback. If you haven’t already, join the Book Club and get involved.