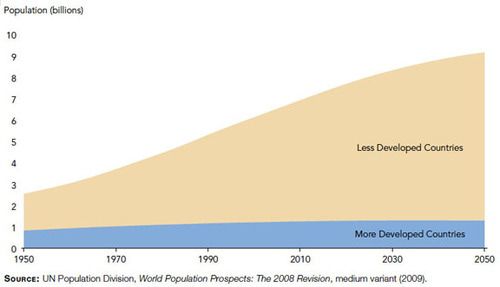 The new Social Contract journal is online, including my article discussing the liberal ideal of immigration as virtue signaling which is losing ground every day because of the continuing population explosion in the Third World.

The world’s population is now nearly 7.7 billion persons which renders any idea of fixing human suffering by relocating some of them to the civilized zones as so much craziness.

The nice printed version is here. A few paragraphs of text follow:

The immigration-as-rescue program is a fool’s errand because it is becoming less effective as the number of people needing help has multiplied enormously. Refugee resettlement has devolved into largely a national virtue-signaling exercise from First World nations to each other about their generosity and loyalty toward diversity (liberals’ secular religion).

Meanwhile, the growing world population — now standing at around 7.6 billion persons — continues to crush the effectiveness of rescue programs because of the expanding numbers of needy, yet that subject is rarely mentioned in polite discussion as a force obviating the work of do-gooders. The number of poor on earth explodes with no end in sight, yet United Nations bureaucrats and other globalists act like they are doing something genuinely useful.

The numbers no longer make any sense, and in fact there’s some lying and denial going on about the big picture. Remember when demographers used to say the world population increase would “taper off” at around 10 or 11 billion? The experts don’t say that any more, so we must assume there will be no natural lessening but rather worsening crowdiness, followed by population control the hard way via drought, disease, and wars over resources. Overpopulation brings bad choices.

The population growth of First World nations has slowed, but the Third World keeps producing babies it can’t always feed. A graph of world population growth now and going forward shows the more developed world has basically flatlined, but less developed countries are adding billions from now to 2050 (and beyond we can safely assume).

The refugee redistribution system is run by the United Nations, as has been the case since the UN’s creation at the end of World War II. At that time (when world population was around 2.5 billion), millions of persons displaced by the war were a big problem in Europe. To help, Congress passed the Displaced Persons Act of 1948, which brought 415,000 European refugees to the United States over the next few years.

Today, the UNHCR (United Nations High Commissioner for Refugees, at its founding in 1950) reports 68.5 million people were displaced worldwide as of the end of 2017. This is not a problem that relocation can solve, yet the liberal mind plugs away, believing immigration is the great globalist cure-all.

California illustrates the liberal craziness of the rescue project. It currently accepts the most refugees of any state — 5,160 in FY2017 — even though it has the highest poverty rate in the United States, worse than Mississippi or West Virginia. The soaring cost of living, particularly housing, has forced many a middle class Californian to flee to more affordable locales in recent years, yet the Golden State is happy to welcome poor unskilled refugees who don’t speak English into a situation that may be difficult for them to navigate.

A July article in the San Jose Mercury-News illustrates how thoughtless the resettlement bureaucrats can be. The subject of the piece was a refugee family from Afghanistan who were struggling financially. Khisrow Jan, the father and breadwinner, was working 12 hours a day as an Uber driver, which doesn’t pay the rent of $1,850 for a two-bedroom apartment in Antioch, a suburb 45 miles east of San Francisco. He has a stay-at-home wife and four kids to support, so the expenses won’t be decreasing any time soon. The agency that allowed the family to relocate into one of America’s most expensive areas did them no favors.

Interestingly, the education level of the incoming refugees has declined substantially, so hopes of eventual assimilation are misguided. As the First World becomes a more technological society, it is becoming less forgiving of low schooling. A 2018 paper from the Center for Immigration Studies titled “Refugee Resettlement Is Costly” had several sobering statistics; e.g., refugees age 25 or older averaged 8.7 years of education prior to arrival in the U.S., and 29 percent of refugees aged 25 or older listed their prior educational attainment as “none.” (Continues)