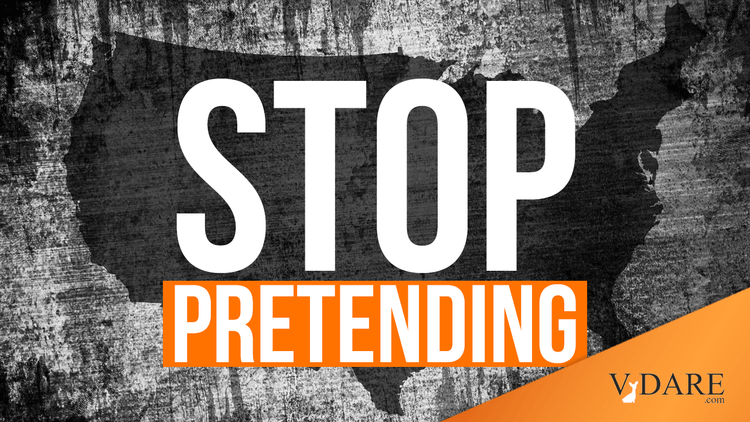 Americans: Stop Assuming You Still Have A Country—Organize!

We’re already in the post-American age and arbitrary law enforcement, restrictions on free speech, and mob justice are just the beginning. There will be no negative consequences for those who destroyed American cities via misguided policies and Leftist protests. Instead, the government will center on the Dissident Right the same way the Soviets did on kulaks: as the “wreckers” that are the one thing that is holding us back from egalitarian utopia. American “conservatism” will not be able to respond to this challenge because it is incapable (or unwilling) to recognize that the problem we face is here, not in Moscow or Beijing. My views: for now, Americans must geographically concentrate, establish as much economic independence as possible, politically mobilize for universal access to government programs, and expand their autonomy as much as possible while new institutions and movements are created.

We’re getting a sneak peek at what’s coming with the clearly coordinated Main Stream Media coverage of the Proud Boys at the recent Stop The Steal rally in Washington D.C. Your tax dollars subsidized an article from NPR that said “the widespread embrace of conspiracy and disinformation amounts to ‘mass radicalization’” that will lead to terrorism [Right-Wing Embrace of Conspiracy Is ‘Mass Radicalization,’ Experts Warn, by Hannah Allam, December 15, 2020]. There were many other slanted stories about the violence accompanying the protests:

There’s an obvious question here. Who did the stabbing? Naturally, most of the stories don’t report it—they simply associate “Proud Boys” and “stabbing.”

However, after some digging, you can find photo evidence that the Proud Boys appeared to be the victims here. The man arrested for stabbing is African-American. Of course, an arrest is not proof of guilt [Philip Johnson Accused in Four Washington D.C. Stabbings at Pro Trump Protest, by Jessica McBride, Heavy, December 13, 2020]. However, we do know that at least one of the victims was a Trump supporter—revealed in a Minneapolis StarTribune article that basically reads like a dox [Twin Cities man among Proud Boys demonstrators in D.C. is stabbed, police say, by Paul Walsh, December 15, 2020].

As Michelle Malkin noted, there was also widespread media coverage of several Black Lives Matter signs being burned during the D.C. disturbances. Now of course, stealing a church sign and burning it is a crime. It is property destruction. It should be punished. Yet it’s the MSM which has been lecturing us about why property destruction should either be tolerated, or, indeed, encouraged.

President Trump said he would ban flag burning. But he did not. Burning the American flag is barely even noticeable now.

In contrast, BLM, a movement which most people hadn’t even heard of a year ago, now has quasi-religious importance. It even has a communion of saints—Breonna Taylor, Jacob Blake, Mike Brown, George Floyd—and foundational myths that resemble something like a new religion than a political creed [BLMania and the New Progressive Faith, by Gregory Hood, American Renaissance, December 17, 2020]. Thus burning BLM signs isn’t just property destruction, it’s blasphemy.

Blacks are also becoming a semi-sovereign people, already enjoying government privileges and now even symbolic gestures like their own “national anthem.”

For that reason, the Narrative now clearly being set up that Trump supporters have been “radicalized” is deeply worrisome. Those in power want to censor and control information even more than they already do:

One “expert,” Cynthia Miller-Idriss, runs the “Polarization and Extremism Research and Innovation Lab” [PERIL]. She too wants more speech control:

As long as people as consistently exposed to extremist rhetoric, we will likely continue to see extremist violence. This is true whether that exposure is in fringe internet forums or in the campaign speeches of mainstream politicians.

But of course the question is: who gets to decide what is “extremist?” Transgenderism in schools, or tearing down statues of George Washington, would have been considered impossible alarmism ten years ago. But it’s barely noticeable now.

And who determines the level of “exposure?” Despite all the cries about President Trump’s “authoritarianism,” it’s the supposed “free press” which has given up on democracy. Many MSM stories now are direct demands for a person, group, or movement to be deplatformed or stripped of basic financial services.

Of course, such actions serve to delegitimize the system because it shows that it actually is rigged, with Big Tech companies and media outlets making sure only one side is heard [Special Report: Big Tech Stole 2020 Election by Weaponizing Platforms, by Corinne Weaver, Newsbusters, December 17, 2020]. So why bother with the voting, especially when there’s reason to think that was fake too?

Regardless of whether the election was literally stolen with voter fraud and phony ballots, it was by no means a fair debate in the marketplace of ideas, as (small d) democratic apologists claim. The Biden-Harris Regime was imposed on the American people, and there’s little reason to think it’s any more legitimate than that of Alexander Lukashenko, Vladimir Putin, or Xi Jinping. The demographic policies pushed by the Regime on the Potomac aren’t any different than those China pushes in Tibet or India in Kashmir. Our government operates using the same tools as any supposed autocratic regime—the main difference is that our System pushes more destructive values than does Russia’s or China’s [America’s Social Credit System Is Worse than China’s, by Gregory Hood, American Renaissance, November 13, 2020].

Curtis Yarvin (aka Mencius Moldbug) is correct when he states that conservatives shouldn’t whine about this—this is simply the reality of the system. The “gigantic Paris-shelling railroad-gun bullhorn of pure proof by assertion” is the “fundamental backbone of 21st century democracy” because many people will believe what they’re told, even if there is no evidence [Vae Victis, Gray Mirror, December 16, 2020].

Today, power doesn’t come out of the barrel of a gun, but from a platform which can shape the mind. If you control those, elections, laws, and constitutions are practically irrelevant.

Of course, accepting this is going to be hard for American conservatives (or naïve patriots) who want to believe America isn’t just “free” but the “freest” country in the world. Indeed, many older Americans may still feel we must defend (or impose) this “freedom” for others. Witness Senator Marsha Blackburn showing her courage.

Freedom of speech is being able to tweet this photo of Xi Jinping looking like Winnie. If you did this in Communist China, you’d be arrested. pic.twitter.com/0AnVtA3JYM

Yet jingoism against China is just a safety valve. It’s reminiscent, ironically, of a joke Ronald Reagan used to make about the Soviet Union.

(Except when it’s ” racist”—the police in Atlanta were called over people posting plastic signs with this picture. ) 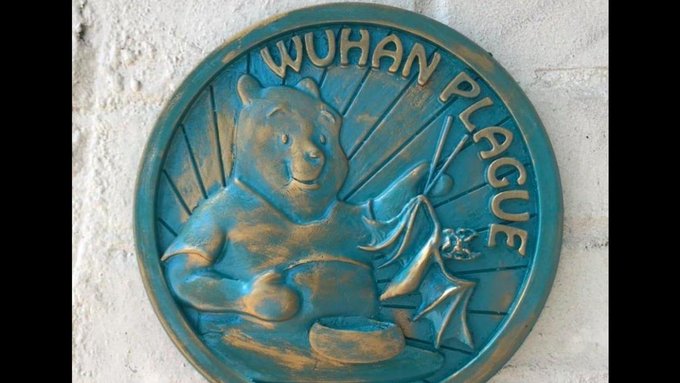 However, you can’t tweet about American election results, medical concerns, or political beliefs without being banned. It won’t just mean moving to Parler or Gab, because payment processors and even bank accounts might come next.

We’ve learned to work around all that, which leaves one option left—state repression. And with the FBI and DHS investigating “QAnon” of all things, there’s reason to believe hard tyranny will be on the way soon [Democrats seek intel on QAnon from DHS, FBI as backers join Congress, by Allison Pecorin, ABC News, December 8, 2020].

American conservatives should be working to defend liberties here at home before trying to rally us into another unnecessary war against a Chinese “enemy” that seems to hate Americans less than the typical daily newspaper.

What can be done in the face of this? Geographic concentration and even planned migration might be necessary to ensure physical safety. I also think that instead of cheering fiscal conservatism, white Americans currently left out of the ethnic spoils system should urge universal programs such as direct stimulus payments and universal basic income (UBI). Given that we are already paying for socialism, we might as well enjoy the benefits. If that makes the system untenable, so much the better.

Normal Americans are also going to have to get used to cryptocurrency and various alt-platforms simply to access content the Fourth Estate and its pet politicians don’t want us to see.

Of course, this does lead to a real danger of ghettoization and an echo chamber that actually can fuel extremism and violent fantasies. One wonders if this is the intent. When the next “Far Right” incident occurs—or is simply invented—it will provide the justification for the next crackdown, which will simply push the process further along until it ends in outright tyranny or national fragmentation.

VDARE.com talks about the “National Question,” whether the nation-state, the political expression of a particular people, has a role in this century. Americans are a nation, but it is no longer true to say Americans have a nation-state. “American nationalism” is an aspirational movement, not a defense of the existing order.

This isn’t unusual in history. Most people have never had any control over who governs. They’ve responded the way we should. Obey the law. Respect its authority. Don’t be stupid or violent. Be moral.

Yet understand that we are a stateless people with some degree of autonomy, like the Kurds. We can use that autonomy to build something new in the ruins in the old. But no progress is possible without recognizing our current subjugation.

None are more hopelessly enslaved than those who falsely believe they are free.