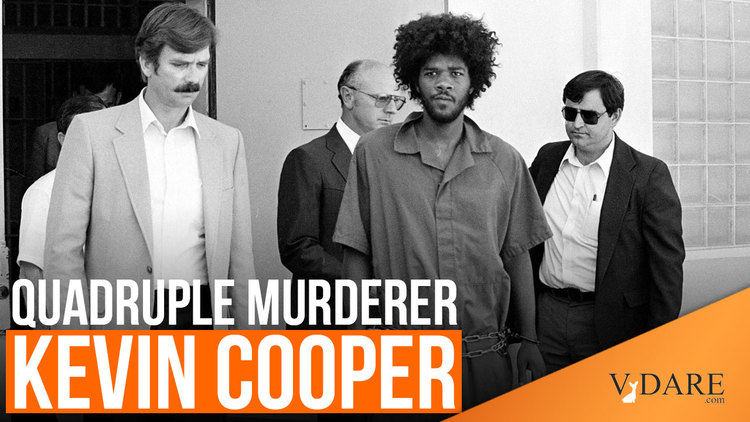 I assume it’s overkill to continue listing the evidence against death row inmate Kevin Cooper, duly convicted of committing a quadruple murder back in 1983. The blinding proof of his guilt was covered in last week’s column. 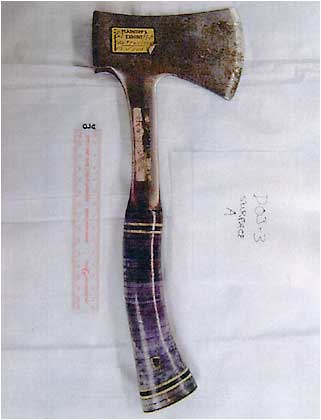 This week, we’ll consider the specific claims made by the New York Times’ Nicholas Kristof [Email him] purporting to raise doubts about Cooper’s guilt.

Kristof’s special pleading proves that no one on death row is innocent. I didn’t pick this case. The anti-death penalty zealots picked it, splashing it across the “Newspaper of Record.” I have to believe they didn’t choose their worst example to showcase, so let’s look at the honesty of their arguments about Kevin Cooper.

“Although Josh [the 8-year-old who miraculously survived the hatchet attack] had indicated that the attack was committed by several white men, the sheriff announced just four days after the bodies were found that the sole suspect was Kevin Cooper …” 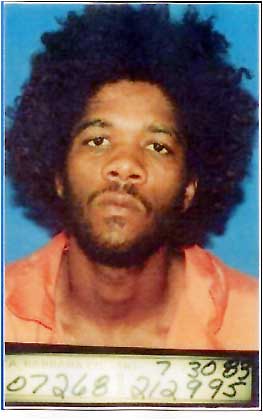 In any event, Josh never said he saw three men. He said he initially “thought” it must have been the three “Mexicans” who had stopped by the house looking for work earlier in the evening. But even in his initial interviews from his hospital bed, he said he only saw one assailant in the house: “a man with bushy hair.”

“Sadly, a tan T-shirt believed to have been worn by one of the killers didn’t produce enough DNA to provide a profile. …”

That IS sad. Luckily, it’s also not true. The Department of Justice DNA lab at UC Berkeley did find Cooper’s DNA on the tan T-shirt discarded near the murder house, which also contained partial DNA profiles of two of the victims, Doug and Peggy Ryen.

“Could the San Bernardino County Sheriff’s Office really have planted evidence, including placing Cooper’s blood on the tan T-shirt? We do know that the sheriff’s office had a history of going rogue. Floyd Tidwell, the sheriff, was himself later convicted of four felony counts for stealing 523 guns from the evidence room” … [further denunciations of the sheriff’s department].

The “planted evidence” ruse is a popular one for springing murderers, except—oops!—the T-shirt tested by the Berkeley DNA lab wasn’t in the possession of the sheriff’s office. The tan T-shirt, along with the cigarette butts from the Ryens’ station wagon, had been in the custody of the San Diego Superior Court Evidence Clerk from the end of the trial right up until 2001, when they were shipped directly to the Berkeley DNA Laboratory for testing.

“Likewise, hairs found clutched in the victims’ hands weren’t Cooper’s (no hairs from an African-American were found at the crime scene) but didn’t lead to a match with a suspect, either.”

While I love the idea of a 10-year-old girl ripping an African American’s hair out by the root as he came at her with a hatchet, the “clutched hair” nonsense has already been thoroughly investigated and dismissed by the courts.

A team of DNA experts spent weeks testing hairs from Jessica’s hands, as well as two hairs found on Doug Ryen’s right hand and one hair from Christopher Hughes’ arm. Their conclusion? “The testing failed to identify another assailant and confirmed that all tested hairs most likely came from one or more of the victims.”

“This should not be surprising. The hairs adhered to the victims’ bodies, including their hands, because there was a large amount of blood on the victims and a large amount of hair on the debris-ridden carpet. Also, the victims each sustained hatchet wounds to the head, causing clumps of cut hair to fall to the ground. Both animal and human hair were recovered from the hands of the victims. Just as with the animal hairs, the cut and shed human hairs adhered to the bloodied victims’ hands because the victims came in contact with the carpet when they were dying on the floor.”

Finally, Kristof tries to pin the murder on other “suspects” (whom we know aren’t guilty or he’d be defending them).

“A different longtime suspect in the case recounted, not long after the murders, how he had killed the Ryens and Chris Hughes.”

I guess “confessions” are only questionable in the case of the Central Park rapists. Kristof doesn’t say who the confessor is specifically, but it sounds like the one repeatedly put forward by Cooper’s lawyers. Courts have characterized this so-called “confession” as “a mental patient’s secondhand version of a confession.”

“This other suspect is a white man whom I’ll identify just by his first name, Lee, for he must be presumed innocent …

“Lee came to the attention of the authorities during the investigation after his girlfriend, Diana Roper, fingered him as the killer: She reported that he had returned home late on the night of the killings wearing bloody coveralls, in a car that resembled the Ryens’ station wagon.

Don’t be fooled by Kristof’s fake humility—“he must be presumed innocent”—all that blather about what Roper said was invented by defense attorneys.

Roper was not technically Lee’s “girlfriend”: She was his bitter ex. Far from “bloody,” the few red splotches on the coveralls were most likely paint (along with manure and dirt). Roper told investigators that she didn’t even know if the coveralls belonged to Lee.

But let me quote from the court that reviewed the coveralls evidence: “[I]ssues of guilt, innocence and sentence should never be decided on information obtained from persons who believe they are witches and believe an article of clothing is connected to a crime because of a ‘vision’ they receive during a ‘trance.’” (Emphasis mine.)

Yes, Roper’s evidence was based on a vision she had during a trance because she believed she was a witch. These facts are exhaustively detailed in court orders and opinions—but are entirely absent from the vast news coverage of Cooper’s case. Might distract from the claim that the sheriff’s office tossed the coveralls only to avoid “a complication” in their single-minded pursuit of the wrong man—as Kristof claims.

No one on death row, not one person, is innocent. Believe nothing you read in the media about their putative “innocence.” It’s always lies and nonsense, as with Kristof’s pet murderer, Kevin Cooper.