The Alt Right: Not Anonymous Losers—But Winners With Something To Lose (That’s The Problem)

UK journalist and provocateur Milo Yiannopoulos (above) recently undertook the heroic task last of defending the Alt Right against the onslaught from Conservatism Inc. (and Libertarianism Inc.) hacks. Not only did Milo reject the usual charges of racism, anti-Semitism etc.—he pushed back against the far more damaging charge the Alt Right is composed of “losers.” Unlike most Alt Right critics, Milo has actually interviewed leaders (to the extent that the movement has leaders), noting they have no problem inviting “Jewish gays [himself] and mixed-race [his co-author Allum Bokhari] Breitbart reporters to their secret dinner parties.” Based on his interactions, “one thing stands out above all else: intelligence” [An Establishment Conservative's Guide to the Alt-Right, by Allum Bokhari & Milo Yiannopoulos, Breitbart, March 29, 2016]

But politics isn’t about critical thinking. Movements don’t succeed because they avoid logical fallacies or because their ideas are logically consistent. Insofar as the Alt Right has succeeded recently, it’s been because it appears as a young and dynamic movement rather than a collection of boring old men.

Indeed, the triumph of the Left over American culture has little to do with the power of its ideas. Leftists have simply succeeded in marginalizing dissidents, socially and economically.

Conservatism Inc. is trying the same trick by with the Alt Right. They just got an assist from Jamie Kirchick  [send him mail], best known for his point-and-sputter piece about the old Ron Paul Newsletters some years ago. Perhaps it is not surprising that Kirchick’s 5,000 word hit piece on the Alt Right, Why White-Nationalist Thugs Thrill to Trump,” appeared in the “once conservative now respectable” National Review [April 11, 2016]. Kirchick also tweeted in response to Milo’s article “The guys Breitbart says are ‘insanely intelligent’” are “actually “thugs + idiots.”

Needless to say, Kirchick gave absolutely no examples of the Alt Right engaging in violence. Nor is anyone specifically identified as an “idiot.” In fact, Kirchick called the group at the National Policy Institute event he attended “well-coiffed." Say what you want about the three people he interviewed, Richard Spencer, Bill Regnery, and Sam Dickson, but no one pretends they are stupid.

When the Daily Caller’s Matt Lewis asked Kirchick on his echo-chambering podcast if the Alt Right had sex appeal, Kirchick responded “I'm not sure how successful these guys are with women." Kirchick further suggested that "there's a very unsubtle homoerotic to this whole thing," elaborating “any institution where there's a lot of men hanging around is going to have that." He also pointed out that “none of these men” at the NPI conference “had any women attached to them” and the Alt Right frequently uses “homophobic insults... which is usually a manifestation of someone who has a problem with their own sexual identity.”

(Kirchick, incidentally, is a homosexual and frequently makes a spectacle of himself to advertise that fact [The Hard Road for Putin, by Gregory Hood, Radix, July 22, 2014]) 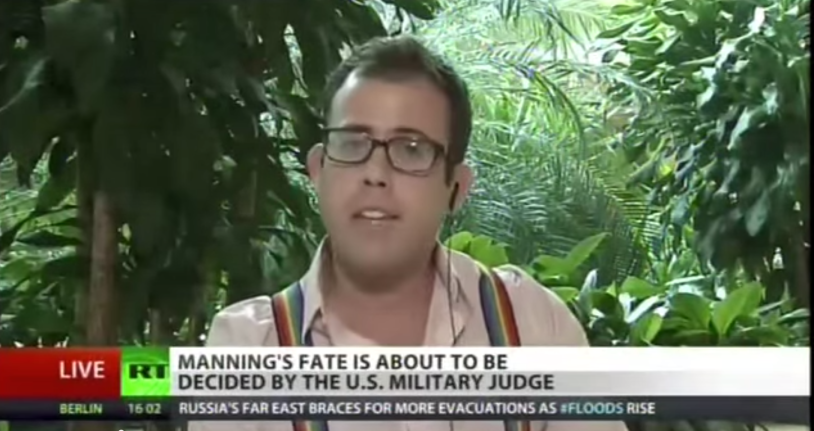 Kirchick donned rainbow suspenders for an interview on Russian TV, where he protested laws protecting young people from gay propaganda.

Unlike Kirchick, Lewis has not braved any NPI conferences or similar events, so he could only speculate about the members of the Alt Right’s sexuality or personality. Nevertheless, he asserted that “weirdos and fringe elements…are really compelling online,” but “when you meet them face to face you can tell that they're weird." 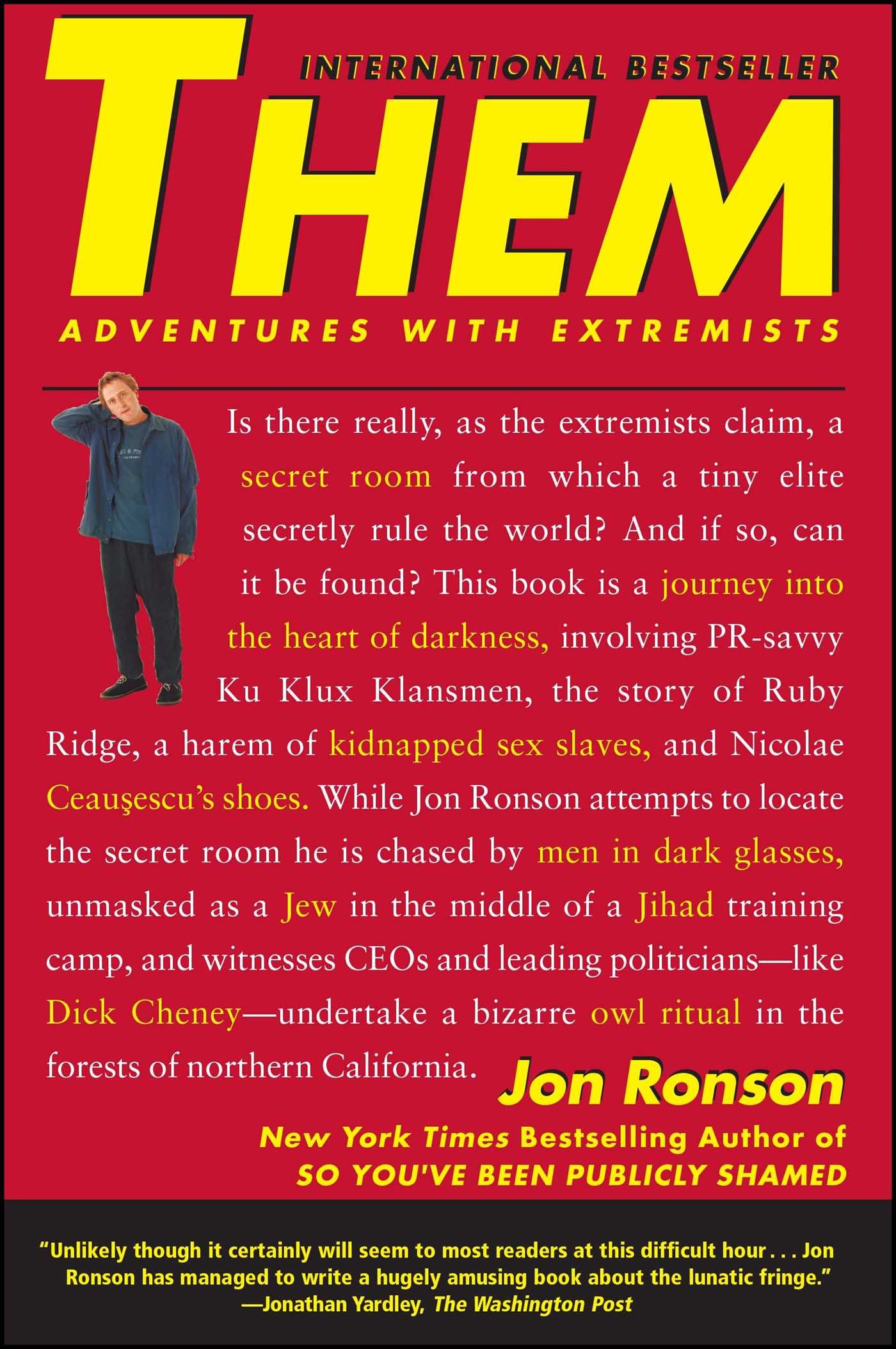 Lewis came up with this assumption from Jon Ronson’s book about extremism, Them—which, however, doesn’t feature a single person with an anonymous online persona.

So who’s right? Before answering the question, let me digress a bit about the Alt Right for VDARE.com readers who may be familiar with the term, but not its genesis.

Ideologically, most on the Alt Right share views that can be described as “identitarian,” “race realist,” “Dissident Right,” or (while I don’t like the term myself) “white nationalist.” These views are associated with some VDARE.com writers like John Derbyshire as well as American Renaissance, The Occidental Quarterly, and Spencer's National Policy Institute. 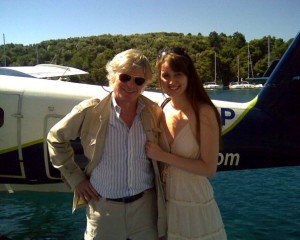 But while men like Derbyshire, Bill Regnery, Sam Dickson AmRen Editor Jared Taylor and VDARE.com Editor Peter Brimelow are smart and engaging, they are over 60 and would not be offended if I said they are not hip.

[Peter Brimelow, pictured right with wife Lydia about to board Taki Theodoracopulos' yacht in the Mediterranean, admits to not being "hip."]

In contrast, Richard Spencer, 37, who coined the term “Alternative Right” in 2010 and who has run NPI for the last several years, has promoted a much more youthful and hip aesthetic, both in terms of his tech-savvy and interests in pop culture. The Alt Right that Milo, Kirchick, and others are now arguing about grew not from any hard Right publication or think tank, but on snarky internet sites like 4chan, 8chan and their /pol/ (politically incorrect) subforums. My Posting Career is another important node.

And almost all of these people are “anons,” who use online pseudonyms to communicate.

In the beginning of 2015, I didn’t know any of these websites existed. However, in the last year, I’ve gotten to know dozens of these people quite well.

The reality is that the movement is moving offline. When I first attended an Alt Right meet up, I didn’t expect “idiots” or “thugs,” but I would not have been surprised to find a bunch of socially awkward program-coders. But while there were quite a few people who worked in IT (though they weren’t socially awkward), most worked in politics, law, finance and other high status professions, many with degrees from elite institutions. The Beltway Right would be troubled to know several had positions within Conservatism Inc. or the Republican Party.

On average, they were better looking and in much better physical shape than the stereotypically fat and/or weak conservative functionaries (and, pace the pasty Kirchick, pictured above, this observation is not driven by latent homosexuality). Their age ranged from the early 20s to late 30s, and the majority of those over 30 were married (including NPI’s Richard Spencer, married with a baby daughter).

In addition to these meet-ups, friends I’ve known from outside of political circles have independently confessed their Alt Right learnings in recent months. Thus I just had dinner with an old friend from high school who had previously been an Open Borders libertarian. He was at the top of his class at an Ivy League law school, had an attractive wife and three kids and was now a senior associate at a v10 law firm. He is voting for Trump and calls himself Alt Right.

I’ve had other friends tell me similar stories.

Rick Wilson, Matt Lewis, and Jamie Kirchick think the Alt Right is anonymous because we’re afraid they’ll find out that there’s a fat loser in his mother’s basement hiding behind a Twitter avatar of an anime girl in a Trump hat.

But the real reason is more brutal, and utterly discreditable to the Land of the Free and the Home of the Brave: we live in a country where corporations and Leftist enforcers will ruin even private citizens who depart from egalitarian orthodoxy—see here and here and here.

Conservatism Inc. now openly encourages these tactics. Thus Cuckservative Ben Shapiro of The Federalist, who wrote a book (Bullies: How the Left's Culture of Fear and Intimidation Silences Americans) about the evils of Social Justice Warriors, said that there are "legitimate racists" and "we should target them, we should find them, and we should hurt their careers" [Emphasis added] [I find this view unacceptable, by Vox Day, February 22, 2016].

The Alt Right is not anonymous because we’re “losers”—but because we (and our families) have so much to lose.

Of course, there are downsides of an anonymous movement. It’s easy for people like Rick Wilson and Matt Lewis to claim we are all “weirdos” when few can show their faces to defend themselves. They could easily claim I’m just another anonymous loser who is creating a false persona for myself and fellow basement dwellers.

And while anonymity protects Alt Righters from losing our jobs, the complete lack of accountability can also enable unappealing online behavior. Some in the Alt Right do not shrink from using Nazi imagery, racial slurs, and Holocaust jokes.

Milo defended this as simply transgressing social norms, claiming the Alt Right is no more bigoted "than death metal devotees in the 80s were actually Satanists." He suggested the same people posting Nazi memes actually have “no real problem with race-mixing, homosexuality, or even diverse societies.”

However, I personally think this type of stuff, while amusing for those who may already agree with you, turns off normal Americans (or normies as the Alt Right calls them.) To triangulate for a moment, you can have a movement that has an uncompromising stance against diversity, multiculturalism, and egalitarianism, without using abrasive language or imagery. If the best defense is “I was just joking,” I don’t think that’s useful.

Finally, while Alt Right anons have used memes, Tweets, and parody songs to break past the typical Main Stream Media gatekeepers, the plain fact is that getting some recognition from the MSM does help. Refusing to show your face or use your real name gives the MSM more of an excuse to deny you access. Even just showing your face in a YouTube video helps create more credibility.

If the Alt Right is to win, it cannot remain anonymous. This means creating and, more importantly, funding institutions that can fund support who openly promote its ideas. Ultimately, the Alt Right needs to change the political culture—so that it is possible, for example, to make intelligent criticisms of the conventional wisdom on race without risking your social and economic livelihood.

By challenging these taboos anonymously, the anons in the Alt Right are taking the first step.

But the movement will never get anywhere unless it takes the next one as well.