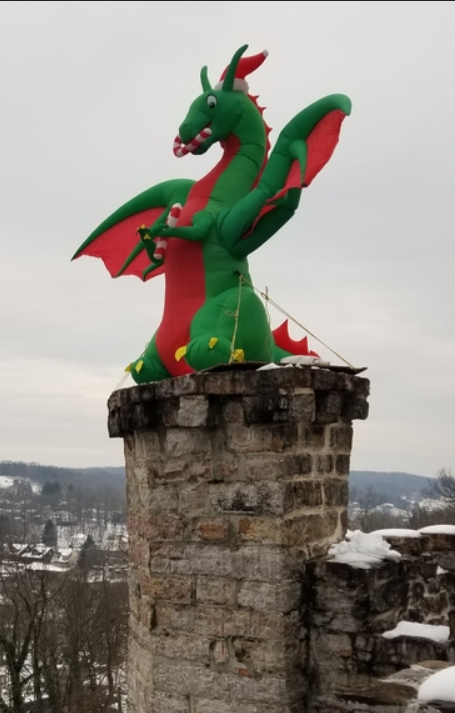 VDARE.com Editor Peter Brimelow writes: Southern Poverty Law Center enforcer Michael Edison Hayden’s last attack on our purchase of the Berkeley Springs Castle in Berkeley Springs WV resulted in his Twitter followers discussing how to fire-bomb us (probably why he now blocks us—tweet him here). Recently, he returned to Berkeley Springs and held a sparsely attended meeting with Tanya Gersh, the Whitefish, MT realtor whom the SPLC seems to be trying to elevate into a civil rights icon because she won a (highly technical) legal victory over Andrew Anglin, editor of The Daily Stormer. (The judge refused to allow Anglin, who lives abroad and says he fears to enter the U.S., to be deposed via the internet, although this has subsequently become standard practice.) Anglin had publicized the charge that Gersh had tried to bully Richard Spencer’s mother into selling her rental property through Gersh, in return for a cessation of “protests.” The SPLC financed Gersh’s lawsuit and is apparently making a film about her. In the meeting, she repeatedly referred to us as “Nazis,” “worms” and “maggots” and urged public action against us. Hayden revealed that he is working with Washington Post writer Ellie Silverman (tweet her), who was sniffing around Berkeley Springs a couple of months ago, to orchestrate an attack on us before Christmas. Weirdly, they seem to be fixated on the fact that we cooperate with the Bath Christmas Project, a local charity that decorates the town for Christmas: they decorate the Castle and we make it available for their fundraisers. So the War on Christmas is also a War on VDARE.com. This is from our latest email exchange with Hayden, who sent in a list of questions, which I answered. (This is the only way we’ll allow ourselves to be interviewed even by mainstream journalists, after what happened to both Steve King and Roger Scruton.)

Bullet points are by Hayden, answers by me are in red italics.

As our only visible role is preventing Berkeley Springs’ iconic castle from falling down, this allegation is absurd. And our presence is probably a spur to patriots.

The Berkeley Springs Castle is owned by the Berkeley Castle Foundation 501(c)(3) The VDARE Foundation merely rents space there. We have had non-white visitors and volunteers helping to maintain the property, and judging by their reports and return visits, they have a lovely time. Try again.

A lot. Arguably, 501(c)(3) charities are exempt from local taxes but we have chosen to make this contribution to our community.

A lot. We are performing a public service here. Anyone interested in supporting the ongoing upkeep and repairs of this national treasure can email admin@berkeleyspringscastle.com!

I believe I’ve met him once. You’re asking me to gossip about a neighbor. I decline.

You must be referring to the call by the Bath Christmas Project for local volunteers willing to scale the Court House, like King Kong, to mount red and green Christmas lights on the cupola. 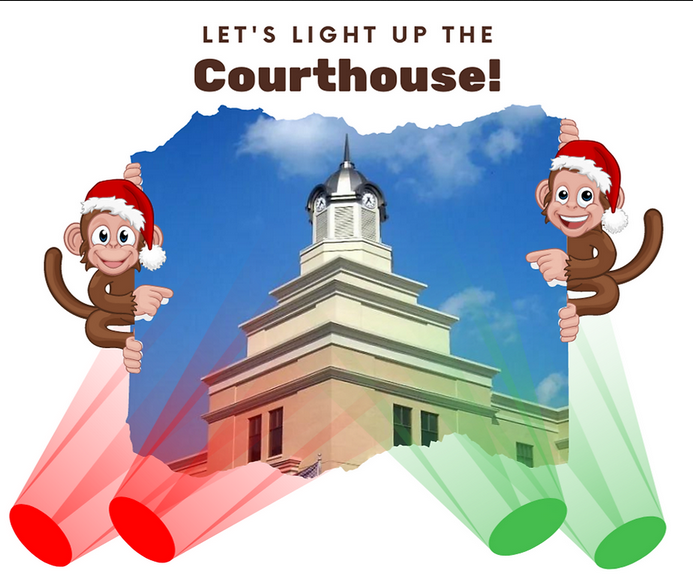 I am not in the loop, but I believe the Bath Christmas Project does have volunteers working on that. Last I heard, there were some technical challenges that kept it from completion this year.

Local leftists spend time speculating on Lydia’s personal interests? Amazing. I wonder what else would surprise them. Of course, nothing is stopping them from getting to know us—we’re not hard to find in a town of less than a thousand.

Lydia recalls one comical interaction with an idiot who (thanks to you) was apparently surprised she didn’t fly in on a broom.

We’re not on the Tourism Board and anything we’ve heard is through the grapevine. My understanding is that logo is not final and there is a view that flaunting homosexuality could alienate potential visitors who are Christians/ conservatives/ have children.

We have raised about a quarter of our goal and believe we can reach it by January 1.

Large donations are lumpy. Ask Morris Dees. (When are you going to release the report on why he and Richard Cohen were forced to resign?)

[She]is one of many wonderful local citizen volunteers who make this beautiful little town work. It’s called America. You should stop trying to destroy it.

She explained that on the podcast. Obviously, a community like Berkeley Springs works because it has shared values, including voting overwhelmingly for Trump. Our few local enemies tend to be outsiders.