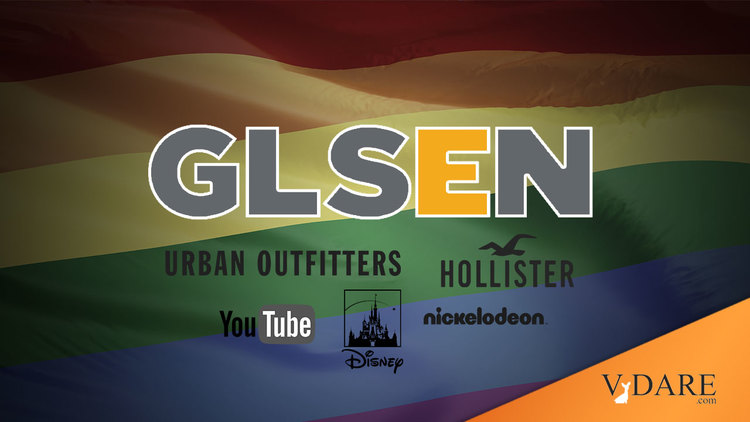 Everything old is new again as a new generation of parents takes on kiddie-porn curriculum producers masquerading as anti-bullying crusaders. So let me repeat a warning I've issued repeatedly to families across the country: "Diversity." "Tolerance." "Safety." If a corporate-funded educational nonprofit targeting K-12 students employs those weasel words, get your kids as far away as possible, start following the money and stop being afraid.

For 25 years—yes, friends, a full quarter-century—I've reported on the perverse and pedophilia-promoting work of a massive propaganda network founded in 1990 and originally called the National Gay, Lesbian and Straight Teachers Network, or GLSTN, "to address homophobic and heterosexist behavior and bias in schools." Radical leftist community organizers in Chicago spearheaded GLSTN's hijacking of elementary, middle and high school classrooms under the guise of creating "safe schools." Through annual conferences, educator training, brainwashing films such as It's Elementary, and dissemination of sexually explicit and age-inappropriate books, the group enticed children into the alphabet mafia and demonized Christian nuclear families who dared dissent.

I reported extensively on the vile and toxic GLSEN reading materials pimped by President Barack Obama's safe schools czar and GLSEN head Kevin Jennings in 2009, but I first learned of GLSTN/GLSEN's grooming activities in the fall of 1997 while an editorial writer and columnist at the Seattle Times from my friend Linda Jordan, a citizen whistleblower and relentless independent investigator. Here's what I wrote at the time:

Picture this: Two bare-chested boys embraced in a kiss. A third person, whose face is not shown but is also bare-chested, stands off to the side with his hand on the head of one boy. Below the vivid color photo, which is posted on the Internet home page of a group called "AltKids," is a caption explaining that the group provides a service "in which gay and bisexual kids can find partners or friends of the same sexual orientation." To post messages on the site's "Alternative Connections" page, users must register not just their name and age, but their height, weight, hair color, eye color, address and phone number.

Until last week, after West Seattle citizen activist Linda Jordan and other concerned parents complained to the school board, this on-line "service" was advertised on the "links" section of the National Gay, Lesbian, and Straight Teachers Network (GLSTN). GLSTN provides support to a chapter in Washington state, many of whose members are employed by the Seattle School District's Sexual Minority Advisory Council. The Council promoted the national GLSTN office's web site in literature made available to schoolchildren.

Prior to Jordan's complaint, Seattle students had unlimited access to the GLSTN site and to the smutty AltKids link. After viewing the photos, the district's legal counsel, Mark Green, contacted the national GLSTN office, which has removed the AltKids link from its site pending further investigation. Green told me that district computer technicians have blocked the site from public school computers. Kudos to Jordan for making the schools safer. But where were all the district's guardians? What other exploitative materials are children being exposed to in the name of teaching tolerance and self-respect?

Jordan had been raising hell about child sex abuse in the Seattle public schools and juvenile court system for years—and flagged the longtime allegations of young boys who accused powerful King County Superior Court Judge Gary Little of molesting them while he was a teacher and volunteer counselor. She could smell a child predator from a mile away, and she knew their habits. Little committed suicide outside his chambers hours before the Seattle Post-Intelligencer was set to publish a long-suppressed expose of Little's sex crimes against children and systematic abuse of power.

Everything Jordan told me was right. The newspapers and powerful NBC TV affiliate station had covered up Little's pedo record. So had the statewide Commission on Judicial Conduct.

One reporter told the Washington Post that local elites kept quiet about Little's creepy proclivities and suspicious sleepovers with juvenile delinquents because Seattle was "a liberal city" and "some people refrained from criticizing Little for fear of being accused of unfairness to gays"[Social Watchdogs Shielded A Judge's Troubling Secret, by Jay Mathews, October 30, 1988].

And so it has been for the entire kiddie-porn industry that has metastasized in America's K-12 schools for at least 25 years, when I first reported on that internet pedo recruitment website in Seattle schools.

Silence is complicity. Complicity in the sexual exploitation of children in the name of "diversity," "tolerance" and "safety" is an unconscionable crime. The groomers aren't even hiding in plain sight. They've been out in the open, feeding on your fear and feasting on your children.