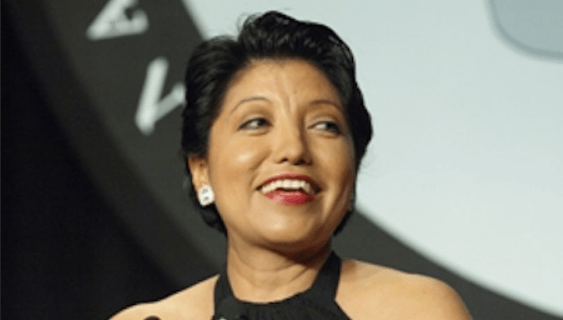 Rebecca Aguilar, Other "Journalist" Advocates Out—But Too Late For MSM?

At long last, indications of awareness have emerged from the Mainstream Media.

When the Fox News Dallas affiliate, KFDW [email them] indefinitely suspended Hispanic Broadcast Journalist of the Year Rebecca Aguilar for her obnoxious "interview" with 70-year-old James Walton, during which she ran roughshod over her elderly subject who had just killed his second burglar in three weeks, it showed—finally!—an understanding that undisguised bias cannot be ignored forever.

And, in a related bright spot, the Dallas Morning News, a long time blind supporter of all things Hispanic, surprisingly defended KFDW's action.

In its editorial on Aguilar's attack on Walton, the Morning News began with this peculiar sentence:

"Anyone who doubts journalists' decency and good sense need only to have seen Fox 4's Rebecca Aguilar in action this week to have their worst impressions confirmed." [Are You A Trigger-Happy Kind of Person, Editorial, Dallas Morning News, October 20, 2007]

I call the sentence peculiar because it is not "anyone who doubts journalists' decency and good sense…" but instead it is "everyone" who doubts.

When you think about it, losing the confidence of readers and listeners nationwide and replacing it with universal disdain and disgust is no easy feat.

Two analysts noted in reference to the e-mails they received that: "…pretty much all of them are negative."

Some might say that it is wrong to make too much of an isolated incident. And that blogs are well known for their rude, crude language.

But I'll suggest to you that the words and phrases leveled at Aguilar could easily be applied to the MSM reporters who steadfastly refuse to write fairly about immigration.

And as far as "hatchet job" goes, we at VDARE.COM have been on the short end of that many times.

For a specific example from my 2003 gubernatorial campaign, read this by the Sacramento Bee's Eric Stern. [Email]

Although the Aguilar incident may not involve an immigration issue, it provides a good look at what's going on in today's newsroom.

Aguilar's biography offers substantial clues about what agenda, in this era of twisted journalism, she would promote. And it could have served as a warning to Fox News about what they would get when they hired her: not a reporter, but an advocate.

Aguilar grew up in Ohio but spent a substantial amount of time in Mexico. Her father organized the local United Auto Workers and in his spare time hosted a radio show that featured Tex-Mex music.

But, according to Aguilar, "Although his radio program was just supposed to be music, he would plug his rallies and issues on the radio. Maybe Aguilar learned her interviewing techniques from her father who pretended to be a disc jockey but pushed socialism on the side.

Aguilar's mother, a field worker, spoke no English. Eventually the Aguilars "took up another issue, working to improve the pay and living conditions of migrant workers."

None of Aguilar's family history is necessarily bad—it just shouldn't be the dominant influence in her journalism. Hispanic reporters are not entitled to special standards or looser ethical codes than others.

The type of agenda-driven journalism Aguilar displayed is nothing new to those of us dedicated to patriotic immigration reform.

VDARE.COM has written extensively about skewed immigration coverage of the nation's three most slanted newspapers, the New York Times, the Los Angeles Times, and the Wall Street Journal. The Washington Post comes in a close fourth.

I've shared with VDARE.COM readers my personal experiences—all of them negative—with the Society of Professional Journalists, the Columbia School of Journalism, the American Society of Newspaper Editors and the comically-named Committee for Concerned Journalists.

These organizations pretend to police the media but in fact need policing themselves.

I mocked the National Hispanic Association of Journalists, [Email them] which foolishly supported Aguilar. The organization's original error was naming Aguilar "Broadcast Journalist of the Year" two weeks before KFDW suspended her.

The NHAJ, by its own admission, has nothing to do with journalism. The organization exists, according to its website: "To foster and promote a fair treatment of Hispanics by the media and to further the employment and career development of Hispanics in the media.

I've singled out the worst of the terrible reporters and note, with great satisfaction, that many of them no longer practice their trade.

Among those that I have taken to the journalism woodshed: Sacramento Bee's Diana Griego Erwin (fired), her editor, Bee Senior Vice President and former ASNE president Rick Rodriguez ("resigned to pursue other opportunities"), and the Denver Post's Jim Spencer (fired).

We know that none of the departed journalists were given their walking papers because of their immigration enthusiasm…exactly. But when push came to shove, their bias—and the public's reaction to it— certainly didn't help them.

My perception is that, as national awareness about the immigration crisis has risen, reporting on immigration has become less objective—thus giving readers the exact opposite of what they want and expect from a major news source.

That contradiction has hastened the media's fall from grace.

The plunge is precipitous.

According to a recent Poynter Institute Study, trust in the media, newspaper circulation and readership have been in steep decline for two decades…roughly the time when the 1986 Immigration Reform and Control Act changed America forever.

Some of Poynter's findings:

If you connect the dots, bad immigration journalism is a key factor in the Mainstream Media's death rattle.

Needless to say, you will never get newspaper executives to admit this.

But I have evidence on my side—and they've got nothing.

Perhaps KFDW and the Morning News are indications of better things to come. When you look at it, the media has nothing to lose and everything to gain by writing responsibly about immigration.

Reporters like Aguilar et al are either completely dispensable or can be replaced in ten seconds.

But once the MSM's readers are gone, they're gone for good.