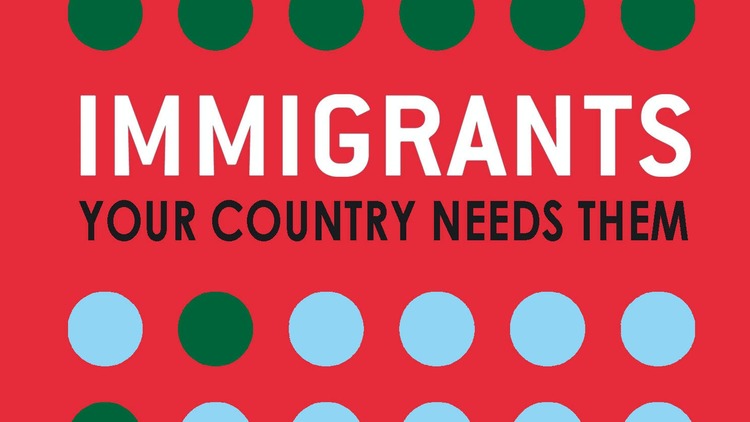 Peter Brimelow On Philippe Legrain's Immigrants: Your Country Needs Them

[VDARE.COM note: An unlinked version of this was published this morning in the Washington Times under the title "Immigration Enthusiasm"]

Immigrants: Your Country Needs Them, 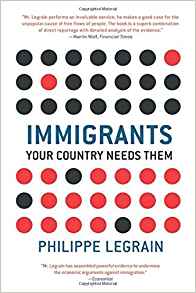 A funny thing happened to Philippe Legrain [Email him] as he began writing this relentless paean of praise to unrestricted global immigration in the summer of 2005: Muslim terrorists bombed the subway line he regularly uses in his home city of London, killing 52 people.

Legrain writes: "It came as a huge shock to hear that Londoners [he means immigrants and their children] were plotting terrorism on my doorstep in Finsbury Park…I briefly descended into paranoia…It is understandable that people overreact when facing the possibility that a stranger might want to kill them."

No! You think? Well, how understandable is an author who didn't react at all to evidence of Muslim immigrant malevolence—although it has been obvious at least since the World Trade Center bombings in 1993?

Not only does Legrain finesse the London bombings by the cheap forensic trick of mentioning them prominently at the beginning of his book and then ignoring them, but he actually attempts to turn them to his advantage. He rhapsodizes over the remarkable fact that some half of the victims were themselves immigrants—including an (apparently) emancipated Muslim girl whose "short life was an eloquent answer to those on both side of the divide who claim that Islamic immigrants cannot successfully integrate…" He devotes no such attention to the bombers. But their lives were even more eloquent.

Three (not all, as Legrain wrongly says) were British-born, to Pakistani immigrants. The fourth was a Jamaican immigrant who converted to Islam in Britain. In other words, not only did assimilation fail in these cases, not withstanding superficialities like college education and sports enthusiasms, but it actually worked in reverse.

This is a huge, in fact insuperable, problem for immigration enthusiasts like Legrain. No wonder he prefers to dump it down the memory hole, along with the 1993 WTC attacks and much else.

I can say with confidence that when my late father volunteered to join the British Army after Munich, he did not expect that the capital of his native country would one day be full of foreigners. He would have been very far from rhapsodic to see it. Indeed, he would have questioned his six-and-a-half years service in World War II. (Losing the Empire was bad enough!)

Legrain would probably dismiss this as racism. I might cruelly respond that his own maternal forbears fled Estonia with the Nazis (in his tactful words, "as the Red Army arrived"). [Legrain responds emotionally here.] Ironically, this advocate of inundating immigration, a former professional propagandist for the supranational European Union, has not one drop of British blood.

Skepticism about immigration is, at base, a patriotic thing. Legrain wouldn't understand.

Still, unlike other recent immigration enthusiast authors—for example, Michael Barone or Peter Laufer —Legrain does recognize that contrary arguments exist. But his attempts at refutation just amount to selective grasping at contradictory studies and glib debating points. These are easy, if tedious, to expose. For example, Legrain, who won't concede any problems with immigration, reverts to an earlier enthusiast claim that it does not impact wages. Then he turns around and quotes ex-Federal Reserve Chairman Alan Greenspan's argument that the 1990s boom was prolonged because immigration prevented wages "spiraling upwards."

Legrain particularly likes studies showing enormous overall economic gains if free migration were allowed world-wide. Of course, these are purely theoretical and take no account of accompanying political conflicts (see above). But it also seems never to have occurred to Legrain that Third World countries, some of them just emerging from colonialism, would never allow First World migration, as this theory requires. Try immigrating to Mexico.

The bottom line on the economics of immigration was confirmed by the National Research Council's 1997 metastudy The New Americans: immigration raises overall output, but the aggregate additional net benefit to the U.S. native-born is nugatory—and wiped out by taxpayer-funded transfer payments to immigrants. America is being transformed for nothing. Legrain simply doesn't grasp this. He hopelessly garbles my statement of the underlying econometric principle in my own book Alien Nation (charmingly described as "that old stalwart".)

Legrain cites Canada as a multicultural nirvana. Of course, he's wrong—ghettoes and gangs are emerging in Toronto. But more disturbingly, he doesn't mention Canada's scandalous restrictions on free speech that have chilled immigration debate. One critic, Brad Love, was actually sentenced to 18 months in jail for writing letters to Members of Parliament.

Legrain's real lack is not British blood—but appreciation of what America's Founders called "the free System of English Laws."