Patrick J. Buchanan: Culture War In VA—Statues Of Washington And Lee To Be Replaced With...Nat Turner?

Since 1969, "Virginia Is for Lovers" has been the tourism and travel slogan of the Commonwealth of Virginia. Advertising Age called it "one of the most iconic ad campaigns in the past 50 years."

But the Virginia of 2020 seems to be another country than the friendly commonwealth to which this writer moved four decades ago.

Charlottesville, home to Thomas Jefferson's University of Virginia, has become famous as the site of a 2017 Klan-Nazi clash with antifa over the removal of a statue of Robert E. Lee from a municipal park. During the clash, protester Heather Heyer was run over and killed.

There followed the inauguration of a new Democratic Governor, Ralph Northam, in 2018 and a new attorney general. Both, it was learned, had masqueraded in blackface in their college days. And two women accused their colleague, new Lieutenant Governor Justin Fairfax, with rape.

Resignations were demanded. But all three hunkered down, and the crisis abated. Now a new cultural issue has emerged.

First-term Congresswoman Jennifer Wexton, from the D.C. suburbs, has denounced Virginia's representation in the U.S. Capitol by statues of George Washington in the Rotunda and Robert E. Lee in the crypt a floor below. Both statues have represented Virginia for more than a century. 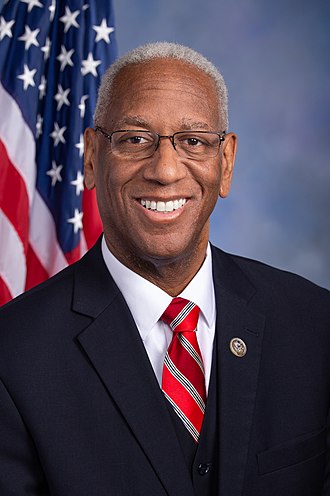 Wexton wants Lee replaced by an African American hero from a list that she and Rep. A. Donald McEachin (right) reportedly submitted.

Two names on their list are unfamiliar figures from the desegregation days of the 1950s. The third is better known: Nat Turner.

In "The Americans: A Social History of the United States," published in 1969, author J. C. Furnas describes the deeds of the man Wexton and McEachin would be pleased to see replace Robert E. Lee:

"In August 1831, Nat Turner, paranoid slave preacher and cunjer man, led his superstition-fuddled followers to kill fifty-five whites of all sexes and ages in an aimless terrorizing of Southhampton County in the southeastern corner of Virginia.

"The poor twisted creature could hardly have found a worse time to sharpen Southern fears of a slave rising." Turner was tried and hanged and, that winter, writes Furnas, "The Virginia legislature voted down by a narrow margin a bill for gradual extinction of slavery."

Let me go out on a limb: If the Virginia General Assembly votes to replace Robert E. Lee in the U.S. Capitol with a statue of Nat Turner, it will not be the unifying event Wexton imagines.

But the Assembly will be dealing soon with measures even more volatile.

On Jan. 20, "Lobby Day" at the Assembly, thousands of gun advocates, many openly armed, will be coming to Richmond to protest new gun laws Northam and his new Democratic majority campaigned on and are determined to deliver.

Already, 110 towns, cities and counties in Virginia have created "Second Amendment sanctuaries" where new state laws that restrict gun rights will not be enforced by local authorities.

"Virginia is a former Confederate State with strong rural traditions and lax gun laws. Guns represent the strongest, reddest line against the demographic changes that have seen Old Dominion voters usher in a new era of Democratic leadership in recent elections.

"A Nevada-based group called the Oath Keepers said it is sending training teams to help form posses and militia in Virginia. The leader of a Georgia militia called Three Percent Security Force has posted videos and calls to arms on Facebook, urging 'patriots' to converge on Richmond."

Still, the divisions among Virginians are not only over history, heroes and guns, they are also moral and religious.

A year ago, Northam said he supported abortion through all nine months of pregnancy, and beyond, if an abortion were unsuccessful.

Here is Northam, in his own words, on the rights of the unborn:

Unlike the seven states of the Deep South, Virginia did not vote to secede and leave the Union until President Lincoln issued his call to arms to put down the rebellion after the Confederates fired on Fort Sumter.

Today, it appears a new secession is underway. Virginians are separating from each other over issues as deep and divisive—such as who can take innocent life and when—as those that divided us in 1861.

As are the rest of their countrymen in this time of Trump.