Muslim Immigration: The Wrath Of Khan And The Constitution 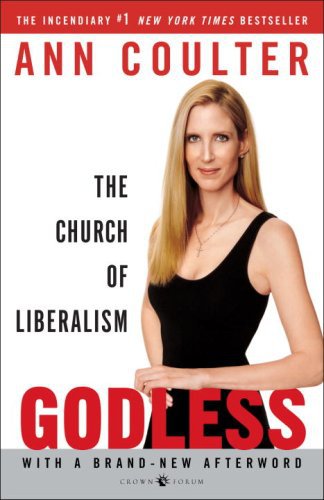 Khizr Khan, the Muslim "Gold Star Father" who harangued Americans at the Democratic National Convention, with a mute, hijab-wearing wife at his side, is just another in a long string of human shields liberals send out to defend their heinous policies. The "Jersey Girls" were the classic example, first described in that magnificent book Godless: The Church of Liberalism.

In order to shut down a debate they're losing, Democrats find victims to make their arguments for them, pre-empting counter-argument by droning on about the suffering of their victim-spokesperson. Alternative opinions must be preceded by proof that the speaker has "sacrificed" more than someone who lost a child, a husband, or whatever.

Khan's argument, delivered angrily and in a thick Pakistani accent at the DNC, is that "our" Constitution requires us to continue the nonstop importation of Muslims.

If the U.S. Constitution required us to admit more than 100,000 Muslims a year—as we do—we'd already be living in Pakistan, and Khan wouldn't have had to move to get that nice feeling of home. So the "argument" part of Khan's point is gibberish.

Luckily, Khan had Part Two: His son died in Iraq, whereas Donald Trump does not have a son who died in Iraq, so he can't say anything.

Yes, a candidate for president of the United States is supposed to be prohibited from discussing a dangerous immigration program because Khan's son was one of fourteen (14!) Muslim servicemen killed by other Muslims in our wars in Iraq and Afghanistan. That's why we're obligated to import yet more Muslims—including, undoubtedly, some just like the ones who killed his son. Q.E.D.!

If you think that doesn't make any sense, keep your yap shut, unless you lost a child in Iraq, too.

There were virtually no Muslims in America before Teddy Kennedy's 1965 immigration act. Today, we admit more immigrants from Muslim countries than from Great Britain.

Are Americans allowed to have an opinion on whether that's a good idea?

So far, it's worked out great!

In addition to the sudden appearance of honor killings, clitorectomies, hijabs and massive government frauds, Muslim immigrants have given us: The most devastating terrorist attack in world history, followed by terrorist attacks at Fort Hood, the Boston Marathon, a military recruiting center in Chattanooga, Times Square, Vaughan Foods in Oklahoma, San Bernardino and an Orlando nightclub, among other places.

We've admitted 2 million Muslims just since 9/11—that’s more than had been admitted before 9/11. If we don't make it 3 million, we're monsters? May we ask how many Muslims Khan's mystery Constitution requires—or is that out of bounds unless we had a child who died in Iraq?

Apparently, sending out a victim to make their argument was the only option left for the "Make America Muslim!" crowd.

After Trump somehow got the crazy idea that a presidential candidate was allowed to discuss government policies and proposed a temporary ban on Muslim immigration—which, by the way, is perfectly constitutional—the entire media and political class erupted in a sputtering rage.

Conscience of a Nation, Speaker Paul Ryan proclaimed: "That's not who we are." Jeb! Bush made the subtle and clever argument that Trump was "unhinged." Marco Rubio called any pause in Muslim immigration "offensive." ABC News' Jonathan Karl called Trump's plan "outrageous"—which was way better than MSNBC, where Trump was compared to white supremacists and Nazis.

White House spokesman Josh Earnest said Trump had "disqualifie(d)" himself from "serving as president" for suggesting any slowdown in Muslim immigration. Vice President Joe Biden—tribune of blue-collar Americans everywhere!—said that if Trump were the nominee, Hillary would "win in a walk."

Then it turned out Trump's Muslim ban was a huge hit with actual voters. Hillary, who promises to quadruple the number of Syrian "refugees" we bring in, is quite far from winning "in a walk."

So the media and political class had no choice: They had to produce a victim to make their argument, in order to block any response. For their next trick, Democrats plan to produce a little girl whose parents were recently murdered to present their tax plan. (Better make sure they weren't killed by an illegal alien!)

Does anyone know what Khan thinks of gays? How about miniskirts? Alcohol? Because I gather we're going to have to turn all our policies over to him, too. What have you sacrificed, Barney Frank??

What has South Carolina Gov. Nikki Haley "sacrificed" compared to the families of these men? How about Nikki put their flag back up?

The Confederate flag won't lead to thousands of dead and maimed Americans, as Muslim immigration does. The only danger posed by the Confederate flag is that media elites will hold the South in even greater contempt than they already do, assuming that's possible.

But as long as they brought it up, if only people who lost children in our wars may discuss public policy, then only they should vote, not only on how many more Muslim immigrants this country needs, but on all government policies. What has Chuck Todd sacrificed? Have any current members of The New York Times editorial board ever lost a son in war? (Fighting on the American side.)

The inevitable conclusion to the hysteria over Khan is that only those who have worn the uniform and heard shots fired in anger can vote in our elections. Hello, media? Hey—where'd everybody go?