Muslim Soldiers Who Kill Their Comrades—Will Their Victims' Parents Get To Speak At Any Conventions?

Bronze Star and Purple Heart recipient Captain Humayun Khan died heroically. But his exceptional courage in Iraq and his Muslim father's post-Democratic convention histrionics on TV do not erase the security threat posed by killer warriors of Allah infiltrating our troops.

Don't take my word for it. Ask all the forgotten Gold Star moms and dads who have lost their children because politically correct pushovers at the Pentagon looked the other way at the Muslim military menace.

Don't take my word for it. Just re-read the ignored warnings issued by Muslim soldier Nidal Hasan, the vengeful mass murderer who gunned down 13 service members—including a pregnant private first class who lost her life and her child—and wounded more than 30 others at Fort Hood in 2009.

Two years before his rampage, while a senior-year medical school resident in psychology, U.S. Army Major Hasan delivered a 50-slide PowerPoint presentation [PDF] to classmates and military superiors at Walter Reed. It was titled "The Koranic World View As It Relates to Mu 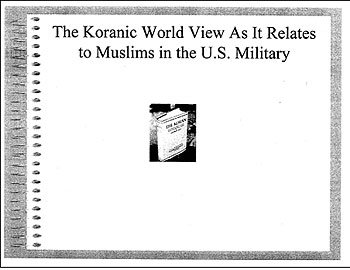 slims in the U.S. Military." Quoting chapter and verse, Hasan illuminated "what the Koran inculcates in the minds of Muslims and the potential implications this may have for the U.S. military."

Hasan cited the Verse of the Sword ("I have been commanded to fight the people until they testify that there is no deity worthy of worship except Allah"), explained "offensive" and "defensive" jihad and summarized the concept of "abrogation"—in which warring verses of the Quran trumped "peaceful verses."

In Slide 11, Hasan bemoaned: "It's getting harder and harder for Muslims in the service to morally justify being in a military that seems constantly engaged against fellow Muslims."

Slide 48 warned: "If Muslim groups can convince Muslims that they are fighting for God against injustices of the 'infidels;' i.e.: enemies of Islam, then Muslims can become a potent adversary i.e.: suicide bombing, etc. We love death more then you love life!"

Under Conclusions, Hasan recommended that the Department of Defense "allow Muslim Soldiers the option of being released as 'conscientious objectors' to increase troop morale and decrease adverse events." Cowed military superiors ignored the presentation, just as they had dismissed complaints from fellow students who noted Hasan's exaltation of Sharia over the Constitution and support for suicide bombings. 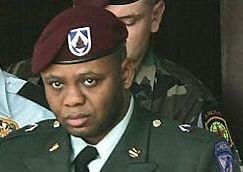 Willful blindness to a Muslim-American soldier's fundamental internal conflict of loyalties led to those murders and injuries. Despite several incidents of insubordination and prior invocation of his Islamic beliefs to skip out of the 1991 Persian Gulf War, Akbar's superiors sent him to Kuwait—and put him in charge of clearing land mines.

A decade later, in 2013, former Muslim-American Navy veteran Abu Khalid Abdul-Latif and an accomplice were convicted of plotting to kill officers and employees at a Seattle military recruiting center. The would-be killers wanted to retaliate against "the American military presence in the Middle East" and to prevent our troops "from going to Islamic lands and killing Muslims." The co-conspirators cited Nidal Hasan's Fort Hood attack as inspiration. 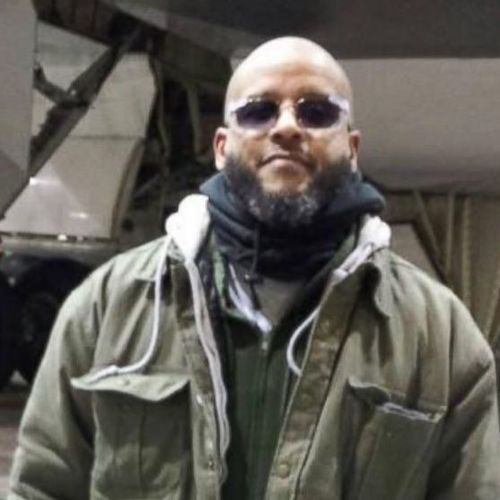 irod Nathan Webster Pugh, who declared himself a "Mujahid," was convicted of providing material support to ISIS. Last spring, 22-year-old Army National Guard specialist Hasan Edmonds was arrested on his way overseas to join the Islamic State. He had plotted attacks on his Illinois National Guard Armory, police stations and courts.

Over the years, I've reported on many more of Allah's soldiers in American uniforms, including:

The military's Muslim chaplains program has been similarly compromised by radical imams tied to the jihad-waging Muslim Brotherhood.

This is not "Islamophobia." This is fact: Not all U.S. Muslim soldiers are equal. To deny the deadly risk is to enable it.