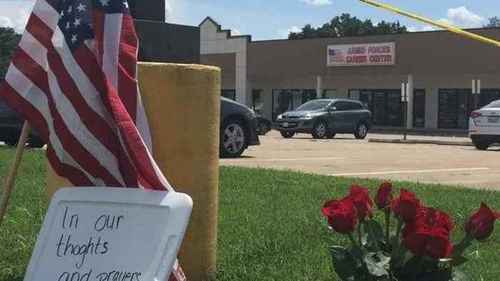 No, Obama, The Tennessee Jihad on U.S. Troops Is Not a "Circumstance" 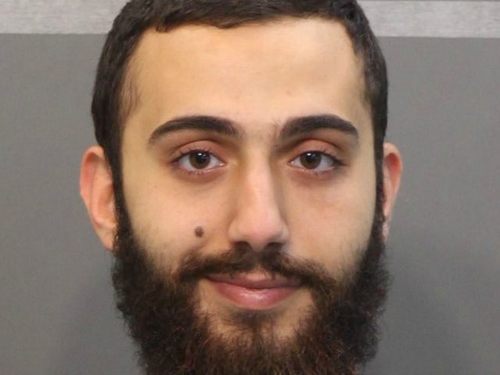 Four U.S. Marines, barred from carrying weapons at naval training facilities despite explicit ISIS threats against our military, are dead in Tennessee. Another service member and a Chattanooga police officer survived gunshots after Thursday's two-stage massacre allegedly at the hands of 24-year-old jihadist Muhammad Youssef Abdulazeez.

"Unfathomable"? Not if you've been paying attention. Islam-inspired hate crimes against our troops have continued unabated since the Obama White House first dismissed the 2009 Fort Hood massacre as "workplace violence."

Here's what's unfathomable: While the Social Justice Warriors in Washington bend over backward to appease CAIR and Muslim civil rights absolutists, Americans in uniform are dying on American soil at the hands of Allah's homicidal avengers—but the commander in chief couldn't even bother to deliver a live statement to the nation yesterday about the bloodshed.

Instead, Obama issued another bland, bloodless pronouncement about the assassinations of our disarmed troops.

"Heartbreaking circumstance"? Lightning strikes are random events of unfortunate circumstance. The concerted attacks and plots against our troops in their recruitment centers and on their bases here at home are outrageous acts of war.

In June 2009, Abdulhakim Mujahid Muhammad walked into an Arkansas Army recruiting center, murdered 24-year-old Pvt. William Long and gravely wounded 18-year-old Pvt. Quinton Ezeagwula. He had planned on killing many more in the name of Allah. While the White House and media decried the "climate of hate" fostered by Christians, they whitewashed Muhammad's jihadi rage. Muhammad received a life sentence without parole for the act he himself described as a "jihadi attack on infidel forces."

It should be noted that Muhammad converted to Islam at Tennessee State University in Nashville and then became further radicalized in Yemen before returning to the U.S.

"The U.S. has to pay for the rape, murder, bloodshed, blasphemy it has done and still doing to the Muslims and Islam," Muhammad railed after carrying out his plot. "So consider this a small retaliation the best is to come Allah willing. This is not the first attack and won't be the last."

As I noted at the time, Obama could barely muster up a limp written statement expressing "sadness" over what he described as a "senseless act of violence" (instead of the intentional systematic act of Islamic terrorism that it was).

After the Little Rock ambush came the Baltimore military recruitment center bomb plot. Muslim convert Muhammad Hussain, 21, bragged on Facebook about his devotion to violent jihad. He "dialed a cellphone that he believed would ignite barrels of explosives packed into a sport utility vehicle," the Baltimore Sun recounted. "The SUV had been parked by the Armed Forces recruiting station at a strip mall in Catonsville, a bedroom suburb west of Baltimore." Hussain idolized Fort Hood jihadist Nidal Hasan and "thought about nothing but jihad."

In June 2011, the feds charged Muslim jihadists Abu Khalid Abdul-Latif and Walli Mujahidh of conspiring to use machine guns and grenades to "kill officers and employees of the Department of Defense who worked at the MEPS (Military Entrance Processing Stations) located in the Federal Center South building in Seattle, Wash., and to kill other persons assisting such officers and employees in the performance of their duties." They both pleaded guilty, but remained unrepentant and defiant.

In 2012, Ethiopian-born jihadist Jonathan Melaku pleaded guilty to shooting at the Pentagon, Marine and Coast Guard recruiting offices, and the National Museum of the Marine Corps, as well as trying to desecrate graves at Arlington National Cemetery containing the remains of U.S. veterans who fought in Iraq and Afghanistan.

In April 2015, Mohammed Abdullah Hasan was arrested after the feds uncovered his ISIS-linked plot to kill American soldiers with a vehicle bomb at Fort Riley in Kansas.

ISIS hackers have explicitly targeted 100 U.S. service members whose personal details have been disseminated online. In May, the Pentagon raised the security threat level of military bases in the U.S. to "Force Protection Bravo"—the third-highest threat level on a five-tier scale used by the Department of Defense.

You wouldn't know it from Obama's languid response.

Can someone ask the commander in chief: Do U.S. military lives matter enough yet to do more than issue a canned, obligatory condolence to the families of those who serve? How many more lives must be lost before he is as roused about our troops under jihad siege as he is about Bill Cosby, the Confederate flag, "Game of Thrones" or Caitlyn Jenner?

This is not a "circumstance."