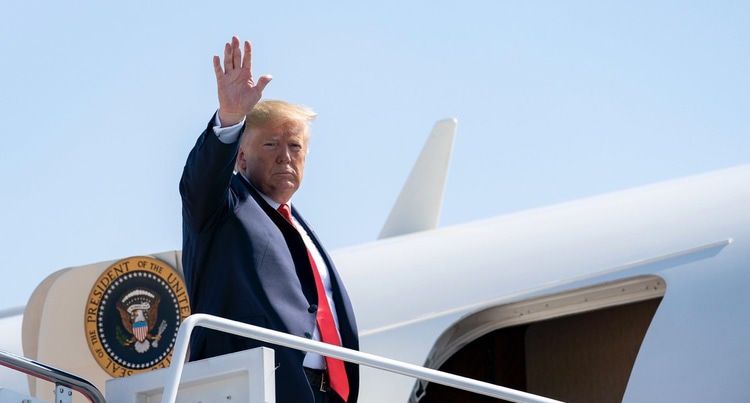 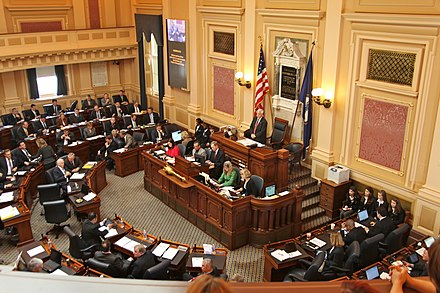 President Donald J. Trump recently helped celebrate the 400th anniversary of the Virginia General Assembly, the oldest elected legislature in the Western Hemisphere. Three of my relatives served in it, which is of interest to me, and of course there is the importance of the General Assembly in our nation's history and heritage.  Another reason to pay attention to the anniversary is this the behavior of some current delegates who seem to not only hate Virginia and its past but also America and who utilized Trump’s visit and speech to grandstand.Moral: We might consider whether all groups are willing to assimilate to the neocons’ “Proposition Nation.” That’s because America is not an "Idea" or a  “Proposition”.  America is an organic whole, with a past, a language, a religion, and a culture—all now threatened by the post-1965 immigration disaster.

The first successful English settlement of the Thirteen Colonies, which became the U.S.A.,  Jamestown was established in 1607. By 1619, about 1000 colonists lived in the town and outlying settlements. On July 30th, 1619, a legislative body was formed by combining a Governor’s Council of State with 22 burgesses representing the colonists.

Thus was Virginia's representative legislature, now known as the Virginia General Assembly, formed, making it the “oldest continuous law-making body in the New World”. As its informational web page says,  It was then and is now a legislative body comprised of “citizen legislators,” elected representatives that serve in a part-time capacity meeting full-time responsibilities.
About the General Assembly , Virginia.gov .

The colonial House of Burgesses was formative in the development of American government. As the Encyclopedia Virginia describes it:

In the past four hundred years,  more than 9,600 burgesses and delegates have served in the lower chamber.  You can look them up here, in this database.

The upper chamber, now known as the Senate, replaced the former Governor’s Council upon independence.

That's four hundred years of making laws for the Commonwealth of Virginia.

A succession of buildings in Jamestown, Williamsburg and Richmond, the location of the current Virginia capitol building designed by Thomas Jefferson and Charles-Louis Clérisseau, have served as its home.

I’m of colonial Virginia stock myself, although my particular line finally wound up in Oklahoma. My great-great-great-great uncle Alexander White, served in the House of Burgesses from 1772 to 1773 and from 1782 to 1786 in the post-independence House of Delegates, attended the Virginia Ratifying Convention in 1788, and then represented Virginia’s 1st District in the first two Congresses under the newly-ratified Constitution (1789-1793). The SS Alexander White, a Liberty ship in World War II, took his name.

Later, two of Alexander's nephews, brothers to each other, and each of them my first cousin four times removed, were in the General Assembly:

1. Robert White served in the Virginia House of Delegates and was later a judge.

And this is just one family.  Think of all the burgesses and delegates who have served in the past century. You can look them up here.

The four hundredth anniversary of the Virginia General Assembly is definitely a landmark.

This is what Trump came to celebrate, on July 30th, 2019, the four hundredth anniversary. [Remarks by President Trump at the 400th Anniversary of the First Representative Legislative Assembly | Williamsburg, VA, Whitehouse.gov] (Also, you can consult this text here, divided into sections, which has video also).

Everything about Trump is controversial, and this appearance was no exception. But it's not just about Trump.  The controversy shows just how alienated from this organic American whole—the Historic American Nation—some influential people in our country really are. 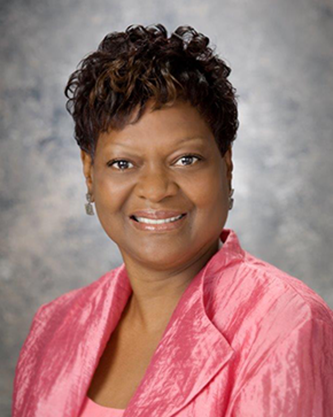 The House of Delegates’ Black Caucus boycotted Trump’s speech completely and instead stayed in Richmond for a wreath-laying ceremony and a visit to the site of a former slave jail. In other words, it was a big pity party for the perpetually aggrieved:

Del. [Delegate] Delores McQuinn [Email her]refused to use Trump's name and instead called him "the tenant in the White House." McQuinn choked back tears as she said Trump's criticism of minority members of Congress was also aimed at "every person of color in the United States of America."

On this day 400 years ago, here on the shores of the James River, the first representative legislative assembly in the New World convened. By the devotion of generations of patriots, it has flourished throughout the ages. And, now, that proud tradition continues with all of you.

To every Virginian and every legislator with us today, congratulations on four incredible centuries of history, heritage, and commitment to the righteous cause of American self-government. This is truly a momentous occasion.

Trump described in detail the Assembly’s first session, which took place “just a mile south of where we are gathered now … in a small wooden church.” The burgesses were “adventurers and explorers, farmers and planters, soldiers, scholars, and clergymen. All had struggled, all had suffered, and all had sacrificed in pursuit of one wild and very improbable dream. They called that dream ‘Virginia.’”

Jamestown, he said, was America’s beginning, the creation of English settlers who “forged what would become the timeless traits of the American character. They worked hard. They had courage in abundance and a wealth of self-reliance. They strived mightily to turn a profit. … As the years passed, ships bearing supplies and settlers from England also brought a culture and a way of life that would define the New World. It all began here.”

Trump discussed the Great Charter of 1618, when Jamestown’s government went from military to civilian rule “based on English common law.”

For the first time, Virginia allowed private land ownership. It created a basic judicial system. Finally, it gave the colonists a say in their own future: the right to elect representatives by popular vote. ...

With true American optimism, the assembly even endorsed a plan to build a world-class university in the still rugged wilderness. It was a vision that would one day be fulfilled just miles from here at one of America's earliest educational institutions, the esteemed College of William and Mary. Great place.

Trump also discussed the arrival of the “brave, strong women,” 90 of whom were “Tobacco Brides,” who arrived in 1619 at a price of 150 pounds of tobacco per bride. Eager men greeted them at the dock.

The arrival of single Englishwomen was an investment in the future. Many bachelors had returned to England, but with the arrival of the women, many stayed. And built families. Thus was the colony’s survival ensured.

Trump also spoke about another upcoming four-century anniversary: the arrival, in late August of 1619, of the first Africans as slaves or indentured servants. It was “the beginning of a barbaric trade in human lives,” he said.

And today, let the record show, black Americans have the most wealth and the highest standard of living of any African-origin ethnicity, in Africa, Europe or the Americas. Of course, this fact is ignored by those who demand “reparations” for slavery. Those “reparations,” not just in freedom and prosperity but also in trillions of dollars of welfare-state subsidies, are already paid in full.

After about 13 minutes, a delegate named Ibraheem S. Samirah [Email him], a Democrat representing the 86th district (parts of Fairfax and Loudoun counties), interrupted to denounce Trump. The Chicago-born Muslim child of Palestinian refugees, he landed in the Assembly on February 20 after a special election to fill the seat of his predecessor who went to the state Senate. To win the seat, Samirah defeated Republican Gregg Nelson, an Air Force Vet.

“Mr. President, you can’t send us back! Virginia is our home!” the Palestinian dentist said. “Mr. President, you cannot send us back! Virginia is our home!” [Democratic Virginia state delegate interrupts Trump's speech, by Kathryn Watson, CBS, July 30, 2019] The honorable Virginia delegate stood in front of the podium and held up a sign: “Deport Hate,” “Reunite my Family,” and, at the top, “Go Back to Your Corrupted Home.”

Trump was silent, but some in the audience booed Samirah and chanted, “Trump! Trump! Trump!”

After Samirah was led out, the president listed, by name and county, the famous Virginians who served in the assembly: George Washington, Thomas Jefferson , James Madison, and James Monroe, four of our first five presidents, and then Patrick Henry, George Mason, George Wythe, and Richard Henry Lee.

These illustrious men were the Samirah’s predecessors in the Virginia legislature.

And, as per the custom and law of their time, they were also all slaveholders.  Are all their legacies on the chopping block?

Trump closed his discourse with these significant words:

But what people? Ibraheem Samirah, and others of his religion? Delores McQuinn, whose bitterness is such that she can’t celebrate the anniversary of the lawmaking body of the state in which she lives, despite the prosperity and freedom she enjoys largely because of men who look like Trump?

How about the millions of immigrants still pouring into our country?

What will Virginia be like in another hundred years if these people get power?