Michael Hart’s THE RISE AND FALL OF THE UNITED STATES: An Indispensable History For The Historic American Nation 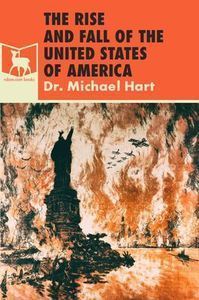 If you want to know American history, the main place you need to avoid is the college campus. As Heather Mac Donald recently declared on FoxNews, colleges are now “hatred machines” that systematically teach tomorrow’s elite to despise this country and the people who created it [Heather Mac Donald: American Colleges Today Are “Hatred Machines” by Tim Hains, RealClearPolitics, August 14, 2018]. Yet Dr. Michael Hart, author of Restoring America, has a partial solution with his new book The Rise And Fall Of The United States Of America [Ebook | Paperback] a rational, enlightening, and penetrating history of this country. For homeschoolers, lifelong learners, or students who aren’t getting a real education from their overpaid professors, this book is a must read.

Dr. Hart’s book is invaluable because it highlights some of the basic truths about America that modern-day histories simply conceal. For example, he writes: “America is much younger than most European nations. It did not exist at all prior to 1600 AD but was created in the ‘colonial era.’”

This alone is a shot across the bow of Politically Correct histories that regard “America” simply as a geographic location. As Dr. Hart knows, “America” did not exist in any meaningful sense before the English settlement that created it—our eponymous Virginia Dare’s Roanoke Colony being the prototype. English settlers didn’t “invade” a country that belonged to “Native Americans,” English settlers created one where none existed.

Dr. Hart provides a basic history of America’s development, including highlighting specific incidents that ultimately proved critical to the future of the polity. One of the more interesting was the Zenger trial, a colonial case in which a journalist criticized the local governor and was charged with libel. A grand jury refused to indict Zenger, accepting his defense that the things he printed were true. Thanks to this case, Americans can claim truth as an absolute defense in libel cases, something our British cousins lack. 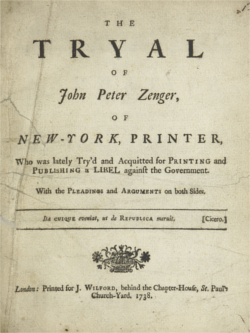 A highlight of Dr. Hart’s history is his careful attention to demographic issues. For example, he scoffs at the claim sometimes heard within the dimmer quarters of the American Conservative Movement that the Constitution was a “miracle.” Instead, Dr. Hart shows that the authors of America’s governing document shared linguistic, cultural, racial, and experiential factors that allowed them to work together. (Contemporary American statesmen possess no such unanimity.) Dr. Hart is also not blind to the Constitution’s faults, especially its failure to designate how and who has the power to interpret it—specifically, not necessarily the Kritarchs on the Supreme Court.

Dr. Hart is also clearsighted regarding immigration. He does not accept the now de rigueur analysis that immigration from widely disparate regions was always a feature of American life. “Before 1849, immigrants to the United States came mostly from the Protestant regions of northwest Europe, including Holland, Sweden, Norway, Germany and Great Britain,” he observes. He also provides an honest assessment of the difficulties Irish immigration presented for 19th century America and argues that despite speaking English, “they assimilated very slowly.”

Dr. Hart argues the “Golden Age” of the United States extended from 1865 to 1991. “During that interval the United States stood out for its wealth, for its military might, and for its unprecedented set of practical inventions and scientific discoveries,” he argues. Indeed, one of the best parts of the book is when Dr. Hart recounts the numerous inventions and scientific advances America has given to the world.

However, Dr. Hart’s most invaluable contribution is in detailing what he sees as the symptoms of America’s decline after the Cold War. America’s indebtedness, relatively poor military performance, loss of Constitutional liberties, and collapse of artistic standards are all covered. Two other issues highly relevant to immigration patriots are what Dr. Hart calls “political problems” and “loss of confidence and national pride.”

Dr. Hart details how Democratic politicians have diligently opposed any efforts to implement common-sense voter ID laws to prevent election fraud. Media bias is another major political problem, one an increasing number of Americans are awakening to. Finally, Dr. Hart identifies the “increase in racial hostilities” as both a symptom and a cause of America’s increasing political problems. “Black hostility towards whites is constantly being stirred up by ‘race hustlers’ such as Al Sharpton, who deny any good faith on the part of whites,” he writes. “Many people deny that any progress has been made in the status and treatment of black Americans—a blatant untruth which increases black suspicions and hostilities.”

Similarly, the decline in national pride is partially a product of how the charge of “racism” has delegitimized our entire national history. “According to many of these critics, our Constitution was produced by a group of ‘Dead White European Males’ (DWEMs, for short) who do not deserve any respect,” he writes. As a result of internalizing this poisonous attack on America’s heritage, some advocate Open Borders as a kind of historical reparations of punishment for a “racist” country.

One result of these attitudes is that many Americans find it unreasonable for the United States to defend its borders. (After all, since we stole the country from the Indians, we have no real claim on our land.) Sometimes these views lead to people suggesting that non-citizens should be permitted to vote in American elections. In any disagreement or conflict between the United States and a foreign group, many of these critics tend to blame America first. Many of these critics do not even pretend to be patriotic.

Dr. Hart identifies a host of causes to explain the emergence of these symptoms. Though they are too many to cover here, two very much worth mentioning are

Dr. Hart points out that for all the talk about white racism, the vast majority of interracial crime is committed by blacks against whites. Hatred of whites is not only mainstream but cultivated by the Main Stream Media, the education system, and even some Democratic politicians—a coalition that Dr. Hart judges is too powerful to break.

Similarly, Dr. Hart details the disastrous consequences of the 1965 Immigration Act and explicitly calls for its repeal, but he is pessimistic about the prospects for doing so.

The most explosive part of the book is its concluding chapter, in which Dr. Hart discusses the various scenarios by which the United States could “fall,” either by breaking up, being extinguished, or losing its political independence and being subsumed into a larger polity. All of these terrible scenarios have vastly increased in likelihood because of the destabilizing and destructive effects of mass immigration.

The “fall” of the United States may even occur without most people even noticing it at the time. “Without any foreign conquest, and without any sharp break, the USA might be transformed into a multinational state without any loyalty to our English origin,” he writes. “In fact, such a process may already be in process.”

During his discussion of causes for American decline, Dr. Hart identifies the most important “by far” as the “loss of pride and confidence.” He blames this on the relentless hate campaign waged against “our ancestors” by educators and the Main Stream Media, leading to a situation in which Americans feel “ashamed of their country.” In other words, Dr. Hart is really talking about a loss of identity.

With his history of the United States, and his frank discussion of the issues endangering its existence, Dr. Hart has performed a valuable service for Americans seeking to reclaim their national identity. For anyone curious about their country’s past and concerned about its future, The Rise And Fall Of The United States (full disclosure: A VDARE book—who else would publish it?) is well worth purchasing.