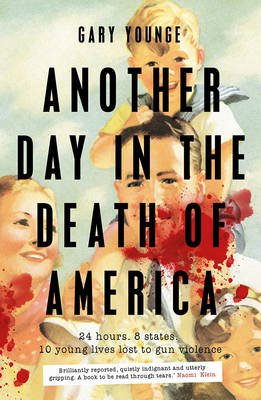 In the U.K. Spectator, American freelance hack  Eric Weinberger (Email him)reviews Another Day In The Death Of America, a book about America’s “gun culture”, written by Gary Younge, a black UK. Guardian writer who was born in the U.K. to Jamaican parents. It's based on an investigation of 10 deaths that happened in one fairly average day in the  U.S. in 2013. Younge traveled across America and interviewed relatives, funeral directors etc., many of whom couldn’t understand his British accent. Weinberger writes (emphases added):

He’s black, foreign, reporting for a liberal newspaper — surely he’s anti-gun, wary of law enforcement, an apologist for urban pathologies that ignore the primacy of ‘personal responsibility’, and so on. Indeed, he may be those things — none is bad! — but all of it is muted before the journalistic imperative to describe the daily hideous consequences of American gun culture, the thing ‘most foreigners find hardest to understand’.

But most Americans don’t understand it, either, because in our segregated country people of different ethnic and racial backgrounds don’t live and struggle in the same communities in the same ways. Even though white gun culture is the most significant component of American violence, only one of these ten boys — they are all male — is white, from rural Michigan where, like all hunting states, guns proliferate, resulting in many homicides including what seems, in the case of Tyler Dunn (age 11), an accident at the hands of another kid. The 1950s-style full-page illustration of a prosperous white American family strangely chosen for the cover of Younge’s book represents instead the more fortunate people who, because of US structural inequality, are ‘better equipped to be safe’ in a gun country.

The American way of murder: investigating the deaths of children and teenagers in the USA, By Eric Weinberger, September 29, 2016

What obvious nonsense! It's not America's gun culture that's killing blacks in the inner city—they're not part of it, and most of their guns are illegal. 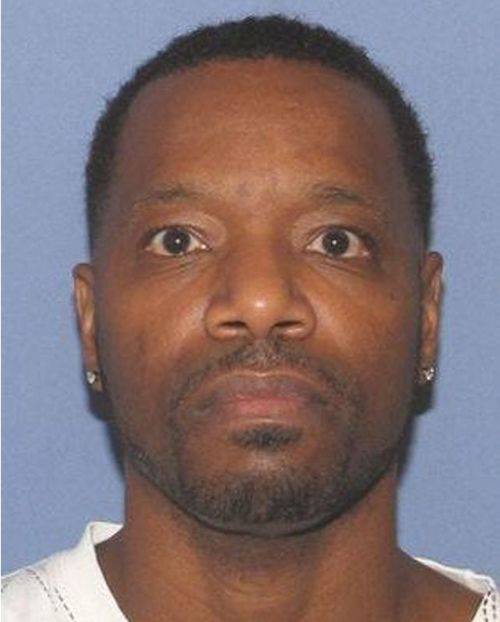 In an excerpt from his book (America's war: the killing of Jaiden Dixon and Tyler Dunn,  The Guardian,  September 24, 2016) Younge highlights two of the ten murders. One is a white boy in Ohio who was killed by one of his young friends, who claimed that it was accidental, although it was at least dangerously negligent. The other is a black child named Jaiden who was shot by his white mother's black ex-boyfriend, Danny Thornton. (Not the father of that specific child.) Younge writes:

Danny Thornton was Jarid’s father. [Jarid was the child who wasn't shot.] Nicole had met him years earlier at Sears, where he made keys. She was 19; he was 28. “We were never really together,” she says. “It was a back-and-forth kind of thing.” She hadn’t seen him since July. He’d found her over a year earlier, in January 2012, when he was in need of help. “He was getting ready to be evicted, and we decided to let him stay. He could spend time with Jarid and keep him under control, and I could help him get a job.”

While he was staying, Danny got to know Jaiden. He took him bowling. He told Nicole that Jaiden made him laugh, even that he preferred him to his own son.

But Nicole needed her room back. That made Danny angry, and he didn’t deal with anger well. His criminal history included charges of felonious assault, domestic violence, attempted possession of drugs and carrying a concealed weapon. He was also a semi-pro, super-middleweight boxer, 5ft 11in and around 160lb, who favoured the southpaw stance: right hand and right foot forward, leading with right jabs, and following up with a left cross, right hook. “He moved all his stuff out,” Nicole says. “I don’t know where. I didn’t care.”

Danny Thornton was obviously capable of killing a  child or even a grown woman with his bare hands. Ex-boyfriends like him are why many women get Concealed Carry permits.

What she also didn’t know for some time was that, as he was packing, he told Jarid, “I have no problem making you an orphan. I’m not going to be living out of my car at 47. I have no problem shooting your mom and shooting your brothers.” He’d end his life in a shootout with the cops, he said. [He did, but only after murdering Jaiden, and shooting another white ex-girlfriend—also the mother of one of his children—who survived. ]

Danny had talked to her about shooting other people. “He had twins. He was pissed off with the mom for filing child support on him. And he talked about if he knew where she lived, he’d shoot her and shoot the babies,” Nicole’s best friend, Amy Sanders, tells me. “He had a list – an actual, physical list – of people he wanted to kill. Nicole always thought if she was nice to him, she wouldn’t be on his list. And unfortunately she was the first one.”

Jarid didn’t tell his mother what Danny had said until September. “I stopped dead in my tracks,” Nicole says. “I said, ‘Jarid, he’s going to kill me.’ And Jarid said, ‘He’s just blowing off steam.’ I was petrified.” But time passed, and she began to wonder if Jarid was right.

It's obvious that it wasn't America's gun culture that killed Jaiden, it was America's black culture. 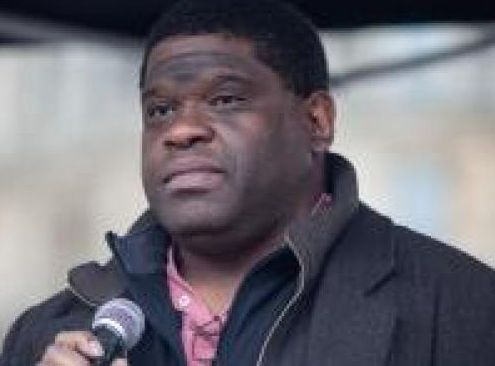 Britain used to have much less of a gun culture than America, and also much less of a criminal culture. It had almost no black culture at all. Recently Steve Sailer noted that there were almost no blacks in the British Isles in 1951. Since then, there has been massive immigration from Jamaica (and other black countries) leading to specifically Jamaican gun crime.

Pictured at right, a second-generation Jamaican born in Britain. (Not a criminal—it's Gary Younge!) 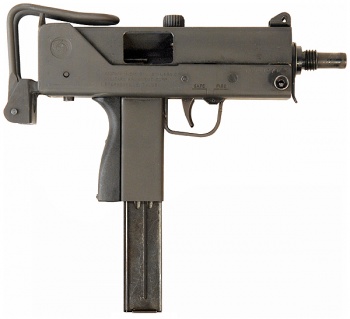 I wish I could show you the memorable cover of the London Observer Magazine  for June 25, 1989. That cover  story ("Heirs to the Krays") on Jamaican gun crime in the age of crack cocaine, featured a full page picture of a Jamaican gangster with a submachine gun in each hand. I know it's memorable, because I saw it myself, 25 years ago, and haven't forgotten it.

The "Krays" that the new black gangsters were "heir to" were a couple of white thugs in the 60s who ran protection rackets. They were sent to jail for a total of two (2) murders involving firearms. But mostly they just punched people.

You can see some of the text of John Sweeney's article in Britain's Crack Gangs, The New Paper (Singapore) July 27, 1989.

THE crack-cracking woke the street up. One little girl, who lived in a house opposite, rushed to her bedroom window. She said later: "I thought someone was letting off fireworks, I heard such a noise."

It was not fireworks last August in Hart Road, Harlesden, West London, but gunfire. Later police found nine bullet holes in the door of the empty house where a party had held.

The road was strewn with glass from shattered windscreens. Detectives picked up three different calibre rounds at the scene: a 9mm, a .45 and a .455. These are very heavy handguns. Clint Eatwood's Dirty Harry, for comparison, uses a .457 Magnum.

Sweeney is wrong about the last bit—Eastwood used a .44—but he can be forgiven for his error, because the native white gun culture of England, such as it was, had almost been totally destroyed by that time.  (England's experience with gun control is described by Dave Kopel  in All the Way Down the Slippery Slope: Gun Prohibition in England, and Some Lessons for America. 22 Hamline Law Review 399 (1999). With Joseph Olson. PDF.)

A more recent article on Jamaican gun violence in Britain is 'Without a gun, you're dead' | Yardies have brought a horrific new level of violence to Britain (by Tony Thompson, The Guardian, September 21,2003).

A couple of sample paragraphs:

The new era of gun violence arrived in Britain in the early Eighties with the arrival of the first wave of Jamaican gunmen. Having been brought up in a society where violent death was commonplace, the new arrivals had a willingness to show and use guns, both against one another and the police, that was completely unprecedented. There are around three murders per day in Jamaica, the vast majority of them in Kingston, a city with a population of just 300,000.

Jamaica itself has savage and restrictive gun laws, worse than London's. The common factor here is not guns, or gun laws, but blacks. "Yardie" is Jamaican slang for someone who live in a "government yard", I. E. a housing project in Jamaica.

Jamaican officials had to warn tourists not to go see the "government yard in Trenchtown" that reggae singer Bob Marley sang about—because they'd be killed.

Post-apartheid South Africa has a white gun culture that made headlines when Oscar Pistorius shot his girlfriend in what he claimed was a mistake.

Its black culture of murder, on the other hand, is huge and gets little international attention—see Murder Rate in South Africa Reaches “All Time High”. The Solution? Disarm Whites! by James Kirkpatrick.

A BBC Graph well before the all time high.

Most of the victims and killers on that chart are black, although there are also, of course, many black attacks on whites. Furthermore, many of the black killings in South Africa involve  no gun culture at all—people are simply hacked to death with machetes. (Known locally as pangas.)

I don't know what most gun controllers are thinking when they push ideas like "white gun culture is the most significant component of American violence", but Steve Sailer  has a theory (emphases added):

So you are supposed to constantly talk up the terrors of gun violence, but downplay crime.

In reality, “gun violence” isn’t some peculiarly white thing. Blacks are even more inclined toward homicides by gun than toward homicides in general. According to the Obama administration’s Bureau of Justice Statistics, the approximately 13% of the population that is black made up 52.5 percent of overall homicide offenders, but 56.9 percent of killers who used guns. So blacks on average are about 8.8 times more lethal with guns than is the rest of the population.

The main practical reason for why Democrats support gun control laws is in the hope of disarming black criminals. But white Democrats can’t come out and say that they want help from their fellow whites in keeping blacks under control. So they constantly lecture the rest of us that the true danger is those vicious rural straight white men with their hunting rifles.

The effect of this racial schizophrenia is that the Left wants to take guns away from store owners, householders, cab drivers, and especially neighborhood watch captains like George Zimmerman—but decries stop-and-frisk efforts to disarm actual black felons.

That, plus the Ferguson/Black Lives Matter effect, has led to 1500 More People Murdered in 2015 Than in 2014—none of which is attributable to "white gun culture."

James Fulford [Send him mail] is a writer and editor for VDARE.com