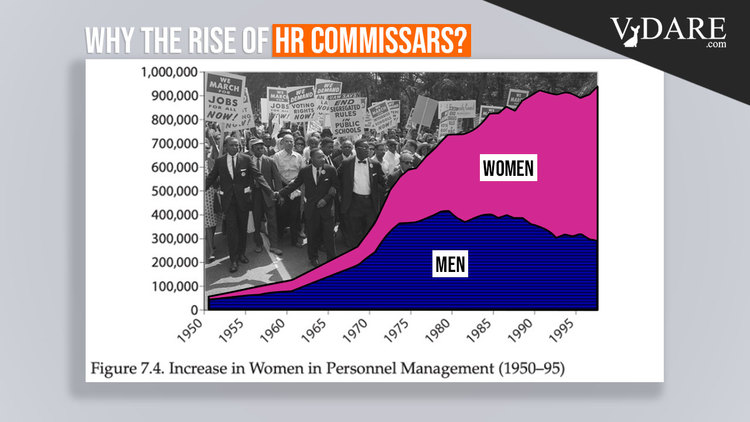 JOHN DERBYSHIRE: Richard Hanania On How The 1964 Civil Rights Act Led To Wokeness

Earlier this year I read Christopher Caldwell's very striking book The Age of Entitlement: America Since the Sixties.  Caldwell argued that the reforms of the 1960s, which seemed necessary and humane at the time to correct obvious injustices, had serious negative consequences, leading eventually to many of the issues that so divide and anger us today. A powerful and brilliant essay by political scientist Richard Hanania has just followed up on this insight. 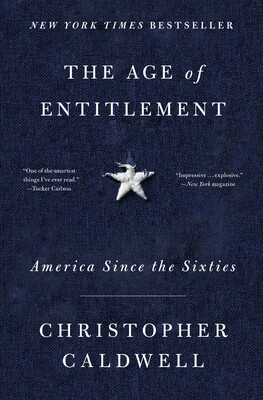 Caldwell instanced the SCOTUS ruling in Griggs v. Duke Power Co. (1971). A core issue in the case, though not the only one: Could that North Carolina power plant give aptitude tests for purposes of hiring and promotion, given that blacks failed these tests at much higher rates than whites?  The Supremes, with Chief Justice Burger (needless to say, a Nixon appointee) writing the majority opinion, ruled unanimously that they couldn't.

The Griggs decision made clear that the government was now authorized to act against racism even if there was no evidence of any racist intent. This was an opening to arbitrary power. And once arbitrary power is conferred, it matters little what it was conferred for.

An important watershed was the decision in Griggs v. Duke Power Co. (1971), in which the Supreme Court ruled that intelligence tests, because they were not shown to be directly related to job performance, could not be used in hiring since blacks scored lower on them, and it did not matter whether there was any intent to discriminate. People act as if "standardized tests are racist if they show disparities" is some kind of new idea, but it's basically been the law in the United States for 50 years, albeit inconsistently enforced.

Woke Institutions is Just Civil Rights Law: Why Conservatives Won't (and Can't) Fight for Influence, and What to Do About It.

Hanania's essay is my Opinion Column of the Month, if not the year. He traces what we now call "Wokeness" back to the good intentions and resulting laws of the 1960s—most obviously the 1964 Civil Rights Act.

That act was meant to combat intentional discrimination; but as the Griggs decision showed, the goalposts were easily shifted to cover any kind of unequal outcome, what today's Wokesters call "inequity." Intent need not necessarily have anything to do with it. That, as Christopher Caldwell wrote, was "an opening to arbitrary power." It meant Affirmative Action a.k.a. anti-white quotas.

The genius of Hanania's essay is that it tracks the progress of that arbitrary power through first the courts, then government bureaucracies, all the way into the private sector.

The target of the enforcers here—of the judges, the regulatory bureaucrats, and the law firms hovering over private companies looking for noncompliance—is Disparate Impact: evidence that some one group, or a representative member of it, is at a disadvantage relative to another in some situation.

No proof of intent is required, only "inequity," unequal outcomes.

Nor is the scope of the inequity limited to race. It was from the beginning understood to apply also to sex, so that women were a Designated Victim Group along with blacks.

Then sexual orientation was folded in; and more recently, transsexualism. 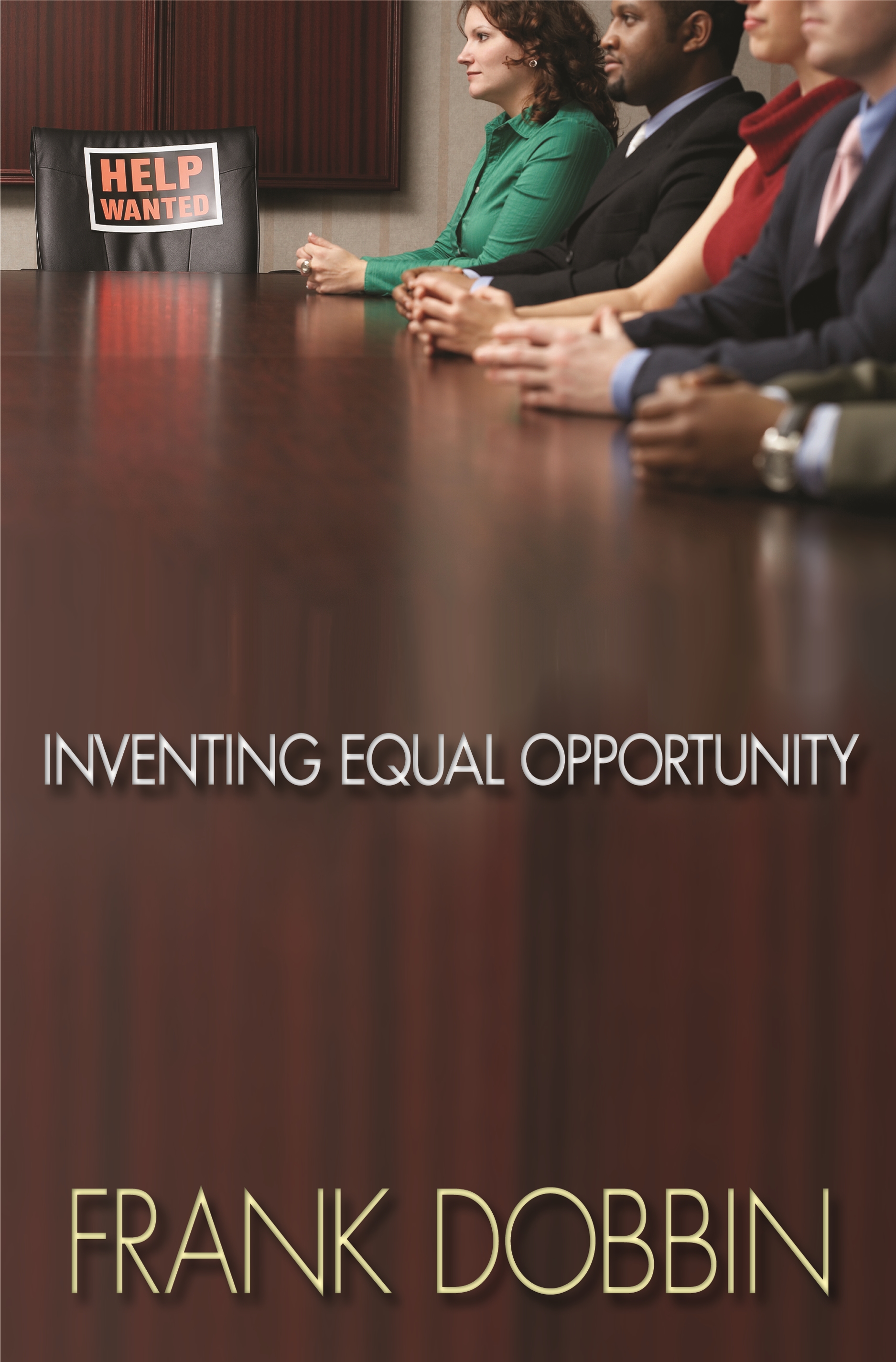 As the judges, the bureaucrats, and the law firms gathered more and more of that "arbitrary power" that Caldwell warned against, the concept of a "hostile work environment" came up, with lethal consequences for freedom of speech. If just one person in a workplace takes exception to something a coworker says, there's a big fat lawsuit right there.

If Richard Hanania's essay is my is my Opinion Column of the Month, then my Chart of the Month is one reproduced in the essay that he has borrowed from a book titled Inventing Equal Opportunity by Harvard sociologist Frank Dobbin.

The chart concerns “Personnel Management”—the dread Human Resources [HR] departments, how they grew through the last half of the 20th century (and how they tipped strongly female): 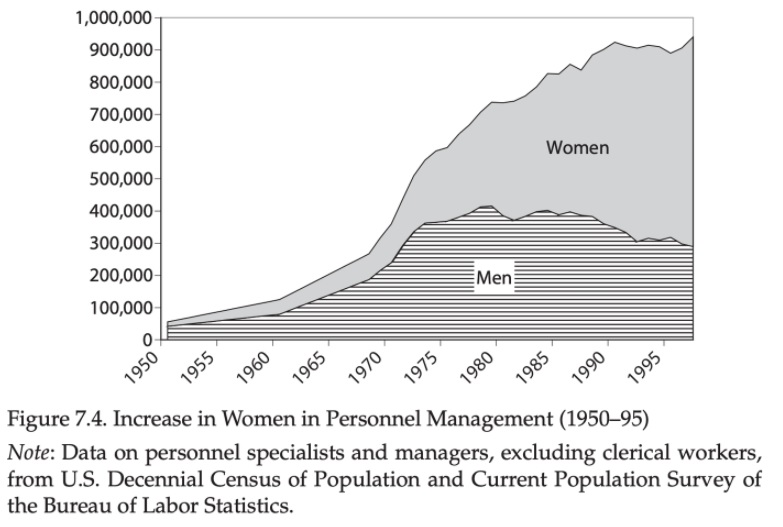 At the left-hand side of the chart, in 1951, there were just fifty thousand people in this line of work, mostly men. At the right-hand end, which looks like 1998, there were over nine hundred thousand—almost twenty times as many—and seventy percent were female.

My very confident guess is, that the trend has continued uniformly at least, quite possibly exponentially, in the 23 years since 1998.

(As well as being curious to see an updated version of that graph, I'd like to see one with a racial breakdown. The stereotype of a Human Resources manager isn't just female, she's female and black—the one in the popular TV show The Big Bang Theory, for example.

How true is that stereotype?)

What are all those personnel managers doing all day long? Well, some of it is the stuff that clerical staff at public and private organizations have always done: arranging hiring and exit interviews, minding employee benefits, arbitrating petty disputes, and so on.

A huge slab of it nowadays, though, is overseeing Diversity, Inclusion, and Equity. As Hanania says:

Civil rights law makes all major institutions subject to the will of left-wing bureaucrats, activists, and judges at the expense of normal citizens.

So the Great Awokening of the early 2010s did not come out of nowhere. It was the flowering, the maturing—with a big assist from the rise of the smartphone and Social Media— of a decades-long effort on the part of judges, bureaucrats, and lawyers to push the doctrine of Disparate Impact into every corner of the national life.

The truly poisonous aspect of this is that Disparate Impact is a lie. It is not true that "inequities"—inequalities of group outcomes—must be due to malice, to intentional discrimination. They may simply be due to nature.

I'll quote Hanania again. I won't apologize for all the quotes I'm borrowing from him: He's very quotable:

The strange thing about Disparate Impact is that gaps exist almost everywhere. Practically any criterion or test one develops is going to have gaps between racial groups and the two sexes. In a world where everyone has standards that create a Disparate Impact, government bureaucrats have a lot of discretion in who they go after.

And there we are again, back with Christopher Caldwell's warning against arbitrary power.

Yes, the Civil Rights Revolution outlawed some old injustices. In the America of today, though, there is no discernible public appetite for the return of those old injustices.

A far more important result of the Civil Rights Revolution for us today has been the vast expansion of power over our lives and property that we have given to judges, government bureaucrats, and lawyers, with corresponding loss to our liberties.

Is there anything we can do? Richard Hanania is scathing about the defeatism of Establishment Conservatives on this point. They have no constructive ideas about how to deal with Wokeness, even though it is, he says, "the animating issue in their party." (That, I guess would be the Republican Party).

Tens of millions of Americans desperately want something done to push back that arbitrary power, to restore the freedoms we thought were guaranteed to us by our Constitution. That's much of what Trumpism was all about.

Trump himself understood this only occasionally, fleetingly, but at least he had a clue.

The sixteen institutional Republicans he triumphed over in the 2016 GOP primaries had no clue. They just mumbled about tax cuts, improving the schools, spreading democracy, and the evils of socialized medicine.

A Republican administration, he says, could do much of this through the executive branch and the courts, without any need to try passing laws through our dysfunctional Congress. It just needs an Administration that will focus intensively, unblinkingly on slaying the Wokeness monster. It can be slain, he says.

Can it, though? Here I feel the tug of my own temperamental pessimism. That's an awful lot of iron rice bowls you're looking to break there, sir.

Remembering what the media and the bureaucracy—especially the so-called intelligence agencies—did to Trump, whose Trumpism was no more than half-hearted, imagine how they'd deal with a really dedicated Trumpist.

Richard Hanania himself shows awareness of the great difficulties here. He gives a passing mention to Julian the Apostate, the fourth-century Roman Emperor who came to power when Christianity had already settled in as the Empire's state religion.

Julian was raised a Christian but rejected the faith when he reached adulthood. As Emperor he tried to roll back Christianity and re-instate the old polytheism.

It didn't work. The legend is that Julian's dying words were Vicisti, Galilaee, "You have won, Galilean," referring of course to Jesus.

A Trumpist president, if we can get one, might depart the world at last murmuring some similar obeisance to the ghost of Chief Justice Burger.

As, of course, would the Historic American Nation.