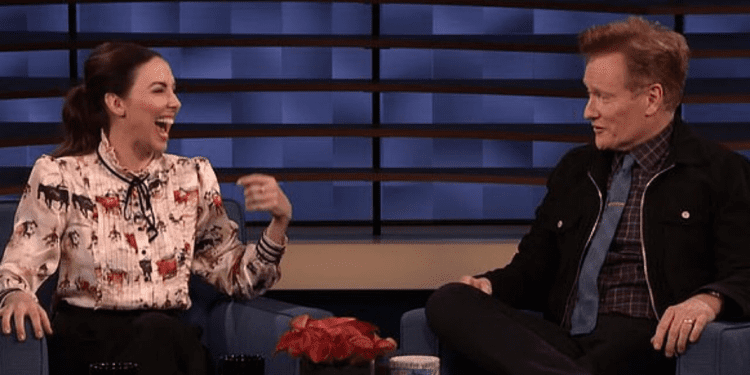 Whitney Cummings And Instapundit On The War On Christmas: "It’s Oikophobia, Straight Up."

Whitney Cummings is female comedian who isn't conservative in any way, as far as I know, but she's been a target in the War On Christmas.

Whitney Cummings claims she was reported to a television show’s human resources department after wishing the staff a “Merry Christmas.”

During a recent episode of Conan, the 37-year-old comedian shared the story with host Conan O’Brien while explaining that part of what stresses her out during the holiday season is the “terminology around all of it.”

“Last year, I was working on a TV show [and I] got in trouble with human resources for saying ‘Merry Christmas’ to an intern,” Cummings claimed.

“I was leaving, like on the 18th … and I was like, ‘Bye, guys. Merry Christmas.’ Like just a formality, what you would say,” she continued. “I come back, like, June 6. HR calls me and they’re like, ‘Hey, we need to talk to you. One of the interns is p***ed off that you said Merry Christmas.’ “

“By the way, I was like, ‘I don’t even care how your Christmas was,’ ” Cummings added. “It was just a formality. Like, that’s what you say when you leave.”

You can watch her say it here:

HOW DARE THEY MARGINALIZE HER EXPRESSION OF HER CULTURE: Whitney Cummings Claims She Was Reported to Human Resources for Saying ‘Merry Christmas’ to Intern. The vast majority of Americans (even those who aren’t religious) celebrate Christmas. That means that wishing people Merry Christmas is normal. Leftists don’t like the very concept of normal, which is why they’re always trying to marginalize and undercut such expressions. Which is why saying “Merry Christmas” is treated as oppression, while finding someone’s Greta Thunberg pin offensive is . . . also oppression. It’s oikophobia, straight up.

Oikophobia is Roger Scruton's coinage for "hatred of your own culture"—it's the opposite of xenophobia.