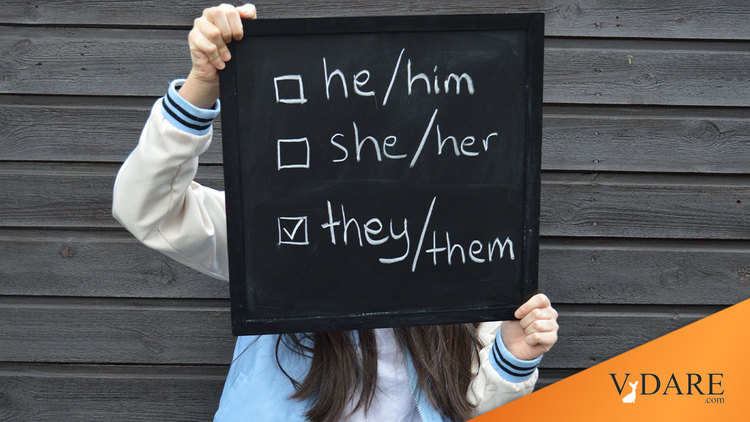 SLATE: We Must Protect The Right Of Moody Teens To Be Spayed

This post is part of Outward, Slate’s home for coverage of LGBTQ life, thought, and culture. Read more here.

An overwhelming deluge of legislation targeting the transgender community has continued into its fourth month in 2021, with more than 100 anti-trans bills introduced across 34 states. These include one Arkansas bill, now passed into law, that makes it a felony for doctors in that state to treat trans youth with the latest evidence-based, age-appropriate medical care.

The Arkansas Legislature is the first to seek jail time for doctors who treat transgender youth, but it won’t be the last. Anti-trans activists are pushing these types of laws everywhere, even though their legislative agenda is opposed by a majority of Americans, including those who support the GOP. These activists are unshakable in their conviction that transition is invalid and trans people must not be allowed to pursue it, regardless of the many benefits research has shown it to have. However, the savvy among them will disguise this coercive goal in the more palatable rhetoric of protecting “normal” or “healthy” bodies—particularly female-assigned ones, and particularly with regard to those bodies’ potential to have children.

No matter that such “protection” comes at the expense of the actual health and safety of the trans people who inhabit those bodies: Transition must be stopped, and fertility fearmongering is how many anti-trans activists hope to do it.

After all, what could be less important for the future of the human race than protecting young females from spaying at the hands of quacks, psychos, and ideologues?

You can recognize this rhetoric by its strange focus on the “damage” transition can do to specific body parts, such as breasts, uteri, and ovaries. It can be seen in action, for example, in the work of Irreversible Damage author Abigail Shrier (who testified against trans rights before Congress last month) when she worries over “healthy breasts” and casts trans male bodies as “maimed and sterile” in a November op-ed for Quillette.

I reviewed Shrier’s book here in “Poison, Mutilate, and Sterilize.”

Many conservative anti-trans campaigners use language that echoes or copies Shrier’s, describing surgeries they deplore and anatomy they wish to save in detailed and troublingly lascivious tones focused on the bodies of teens. While it’s not unheard of for activists to bring up damage to trans women’s bodies, with a special focus on trans women’s genitalia, the vast majority of concern trolling about fertility and fitness for child raising is aimed at trans men, whom activists infantilize by referring to them as “daughters” or “young girls.”

I ask you, what’s more sick than a concern for our daughters?

The insincerity of fertility fearmongering is clear when you consider, first, that the risks of standard treatments like hormone replacement to trans men’s fertility have likely been overstated, and in any case, that transgender people are well-aware that some treatments may affect fertility.

After all, what’s more of less long term consequence than the decision of a moody adolescent to terminate her genetic lineage for all time?

Informed consent protocols require doctors to talk the risks through with trans patients even in the least restrictive model of transition care. As a result of this process, some trans men opt for chest surgery but delay testosterone therapy several years in order to be sure they won’t harm their own ability to carry a child to term.

And others don’t. And chest surgery could hardly reduce the chance that a girl who has recently decided she must be a boy to change her mind and attract a good husband? After all, what good husband wouldn’t want a wife who had her breasts chopped off in a fit of teen angst?