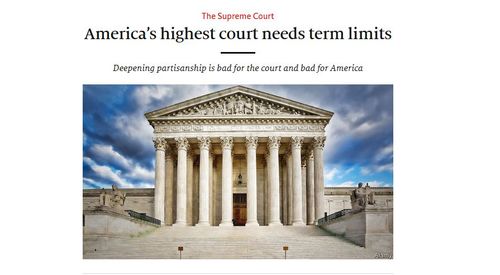 John Derbyshire On SLOTUS, Juicing Up The BAIZUO Vote, And Common Sense From THE ECONOMIST Magazine (!)

The fuss over Supreme Court nominee Brett Kavanaugh having allegedly copped a feel from a high-school girl 35 or 36 years ago blew up just after last week's Radio Derb went to tape. My own first reaction, when I first heard the accuser's account of what happened, was: "They're making a fuss about that?" But over and above the particular issue of Brett Kavanaugh's nomination, there is a meta-issue. Why are Supreme Court nominations now such central events in our country's political life?

About my first reaction: We really have bred up a generation of snowflakes; and snowflakery is such an appealing approach to life for some elements of previous generations—in this case, the generation of Kavanaugh and his accuser, which I think classifies as late-Boomer or early-Gen-X—trembling, fearful snowflakery is so appealing to some of these folk, they've retconned their own lives to incorporate it.

I can certainly testify that for my generation, the earliest Boomers, the encounter as alleged would not have moved the needle on anybody's outrage dial. For one thing, a 15-year-old girl attending a house party with no adults present and booze flowing, would have been assumed to be a bit sluttish, so that the normal reserve and respect we accorded to all females would have been diminished somewhat. No, not abandoned, but diminished.

For another thing, I definitely—actually, quite vividly—recall that in my own teen years, my female coevals had sharp little fists that could give you a nasty black eye if you got out of line. Presumably teenage girls suffered some collective atrophy of the muscles in the twenty years between my house-partying and Brett Kavanaugh's, leaving them defenseless against giggling drunk 17-year-old males trying to grope them. 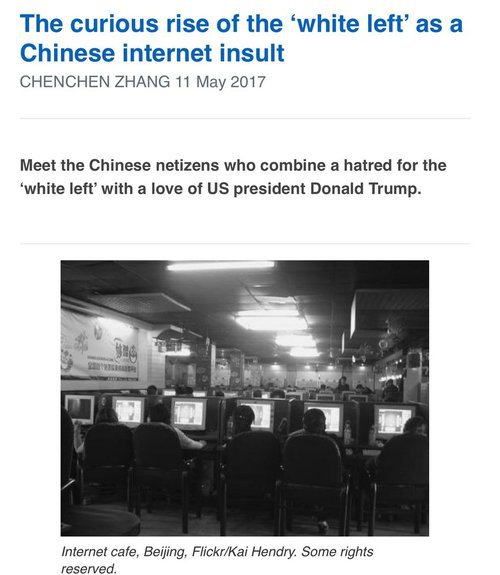 That was my first reaction. My second reaction: Democrats really know how to play politics, while Republicans really don't.

The Democrats' political aim here is to juice up the baizuo vote. Baizuo is a loan-word from Chinese, literally "white left." It's used by Chinese bloggers to make fun of our Social Justice Warriors, whom they regard with somewhat baffled amusement. Baizuo has two less syllables than "SJW," so I use it in a spirit of syllabic conservation.

Mid-term elections are coming up November 6th, six weeks next Tuesday, and Democrats want to energize their base, the baizuo. The most numerous cohort in the baizuo is women; so what better way to energize them than with a sexual-assault scandal, however minute and implausible? That's really the beginning and end of it; that's what this business is all about.

As I said, though, I'm impressed with the skill of the Democrats here, especially the timing. It's really been pretty darn clever.

The Republicans, contrariwise, reveal themselves once again to be the Hopeless Party. Far from being any good at the political game, they're hardly even bothering to play it. "Well, of course, in all fairness, we have to listen to what she has to say," they are murmuring.

No, actually you don't. An out-of-the-blue accusation with no supporting evidence, timed for maximum disruption, against a man who has already been background-checked up the wazoo? The correct response by the Judiciary Committee would have been: "With all proper respect, Ma'am, if you believe you have been wronged, the law has remedies. By all means go ahead and seek those remedies. Meanwhile, we shall proceed with our hearings, as prescribed by the Constitution."

There is no escaping politics, of course. Still, formal constitutional proceedings should be conducted with a firm dignity and dispatch. They should not allow themselves to be derailed by such transparently political stunts as this one. Does no-one in the Republican Party understand this?

So, the meta-issue: Why are Supreme Court nominations now so important?

We all know the answer to that. SCOTUS, the Supreme Court of the United States, has become SLOTUS, the Supreme Legislature of the United States. We look to the Supremes to make our laws. The great transformations in our national life these past few decades—the national legalizing of abortion and buggery, racial preferences, public services for illegal aliens, the radical re-definition of marriage—were effected by the Court, not by Congress.

The foremost characteristic of American government in our age is in fact the utter uselessness of Congress. If the U.S. Capitol fell into a vast sinkhole while Congress was in session, would the national life be changed in any way? For the worse, I mean—hey, come on.

The latest estimate I have seen for the money cost of the wars fought by Presidents George W. Bush and Barack Obama is 5.6 trillion dollars. That's a mighty lot of dollars. Yet Congress never declared war on anyone, as the Constitution says it should.

Nearly two years ago we elected a president whose signature campaign promise, enjoying very wide public support, was to build a wall along our southern border. Has Congress approved federal funds for that, as the Constitution says they should? Nah. The Senate Majority Leader, stifling a yawn, has said they might do some talking about it after the coming mid-term elections…maybe…possibly…you know, if there's room in the schedule.

I'm reminded of the late Irish comedian Dermot Kelly, when an interviewer asked him whether the Irish language had any expression equivalent to the Mexican Eh, mañana. "Why, to be sure," replied Kelly, "we do have such a term; but it doesn't carry quite the same sense of desperate urgency."

Congress is a waste of space. Serious legislating is done by the Supreme Court, by SLOTUS. That's why it's so all-fired important.

Yet this is not what the Founders intended. The September 15th issue of The Economist laid this out in a brilliant and forceful leader.

Yes, yes, I know: The Economist, cucky globalist Trump-hating open-borders flapdoodle…I have made regular contributions to our feature called "Economist Watch" here at VDARE.com, jeering at The Economist. Yes, yes; but stopped clocks and so on—sometimes they get things right, and they got this right:

The judiciary, wrote Alexander Hamilton in Federalist Paper 78, "may truly be said to have neither FORCE nor WILL, but merely judgment … [It] is beyond comparison the weakest of the three departments of power." For much of American history, politicians saw the Supreme Court as a backwater. John Rutledge, one of the first justices appointed by George Washington, resigned to become chief justice of South Carolina. Not until 1935 did the court have a building of its own. Today it occupies a central and increasingly untenable position in American life …

The centrality stems largely from gridlock. As Congress has grown incapable of passing laws involving even straightforward political trade-offs, power has flowed to the executive and judicial branches. Political questions best settled by the ballot box—about abortion, for instance, or gay marriage—have become legal ones settled by nine unelected judges.

The Economist suggests some sensible reforms, term limits and the like, then concludes with this, quote:

What better way for Americans to start finding a path back towards civil politics than reminding themselves that bipartisan institutional reform remains possible?

I have this mental image of an automobile that drastically overheated, the pistons welded into the cylinders; and the guy from The Economist pulls over to help, and says: "First thing you need to do is drive it off the road …"

Institutional reform requires Congress to do something. There's your problem right there.