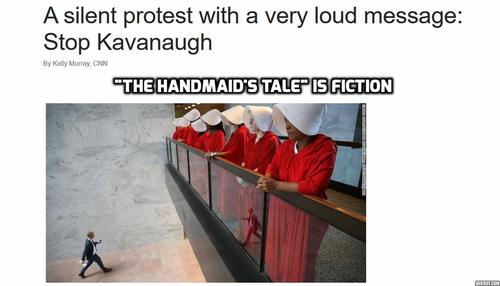 If this is what the left pulls against a sweet nerd like Brett Kavanaugh, I can't wait for the hearings to replace Ruth Bader Ginsburg!

Observers of the passing scene were not surprised that the same lunatics screaming that Kavanaugh is going to impose "The Handmaid's Tale" on America also announced that he had committed attempted rape and murder in high school.

His accuser, Christine Blasey Ford, remembered this in a therapy session 30-plus years after the alleged incident—coincidentally, at the exact moment Kavanaugh was all over the news as Mitt Romney's likely Supreme Court nominee. 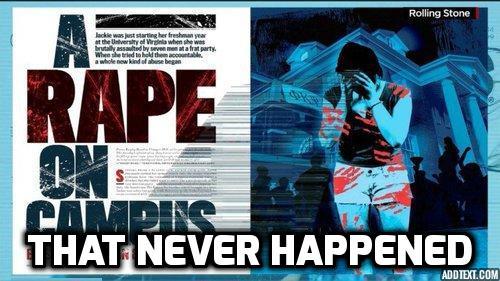 She doesn't remember the time or place of the assault, told no one for 30 years and has no evidence or corroboration. Maybe the party was at Haven Monahan's house. (He was the instigator of the fraternity gang rape reported in Rolling Stone, which never happened and—luckily for Monahan!—who doesn't exist. Otherwise, he was in BIG trouble.)

But the psychology professor at Palo Alto University—who recently signed a letter denouncing President Trump's border policies (thank you, Attorney General Sessions!)—says a teenaged Kavanaugh threw her on a bed at a party and began groping her, trying to take off her clothes.

Here's the kicker: "I thought he might inadvertently kill me."

We went pretty quickly from drunken teenaged groping to manslaughter.

This is always my favorite part of any feminist claim: The leap from "he used a bad word" to "HE ADMITTED COMMITTING SEXUAL ASSAULT!" (That's what the media lyingly said about Trump's remarks on the "Access Hollywood" tape, as detailed in Chapter Two of my new book, Resistance Is Futile!: How the Trump-Hating Left Lost Its Collective Mind.)

Kavanaugh emphatically denies that anything of the sort ever occurred at any party, but feminists are already off on, Maybe he's one of these sick people who rapes corpses! 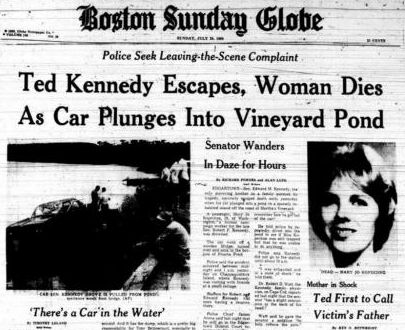 Until recently, it was OK to rape and even murder girls—but only if your name was "Clinton," "Kennedy" or "Weinstein," et al. Then Hillary lost, and Teddy was dead, so there was no point in ferociously protecting the Democrats' rapists any longer.

Thus, for example, the New York Times defended Blasey Ford's failure to tell anyone about the alleged groping/manslaughter for 30 years, claiming things were different in the 1980s. "More likely," the editorial explained, "a girl in the early 1980s would have blamed herself than report it."

As proof, the Times linked to a Washington Post article citing the Times' own treatment of a Kennedy victim. After Patricia Bowman accused William Kennedy Smith of rape, the Times "reported on her speeding tickets, partying in adulthood and even dredged up an unnamed woman who claimed Bowman showed a 'little wild streak' in high school."

So the Times' defense of the decades-old, therapy-induced recovered memory by Kavanaugh's accuser is, Look at the way we abused a Kennedy accuser! We were horrible to her! OK, New York Times, you win. 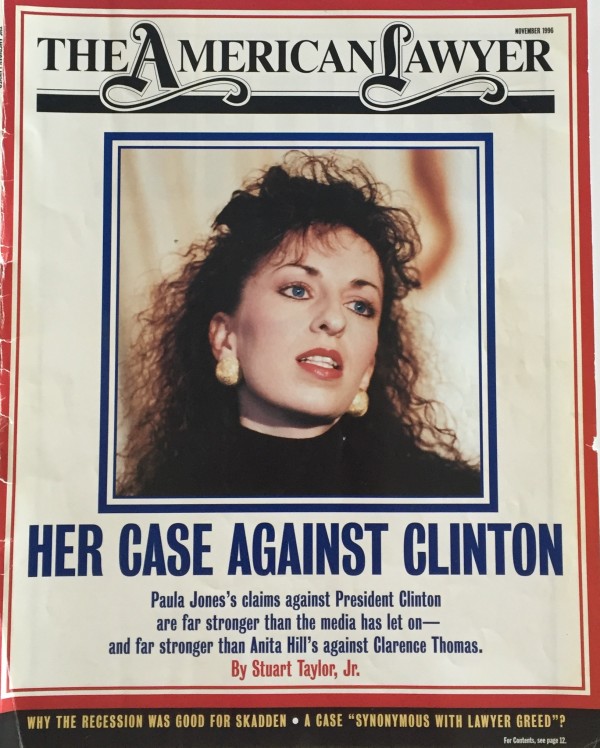 Most hilarious is the media's insistence that Kavanaugh's accuser is putting herself at enormous risk by coming forward.

Oh, cut the crap, media. In terms of press coverage, no one alive would prefer to be Kavanaugh than his accuser. Everywhere you look, someone is praising the "survivor" for her stunning, unprecedented courage as she viciously tries to derail Kavanaugh's nomination.

True, accuse a Clinton, a Kennedy or a Weinstein (et al), and you'll be treated like dirt. You'll get the Patricia Bowman treatment. Paula Jones was smeared and laughed at for three years, until Stuart Taylor's 15,000-word article defending her in the American Lawyer. (That took courage.)

But accuse the elitist white male Duke lacrosse team, Haven Monahan or a Republican nominee to the Supreme Court, and you can upgrade to a much better university and spend the rest of your life being showered with awards, fellowships, honorary degrees, media appearances and so on. Look up "Anita Hill."[Now a tenured professor at Brandeis. (Email her.)]

And, boy, was Hill right about Clarence Thomas! (Honorary white male.) He got confirmed, and now he issues conservative rulings. We warned you.

Following days of the entire media demanding that the victim (by which they mean the accuser) be allowed to tell her story, it turns out she'd really rather not. Blasey Ford spent an eternity deciding whether to accept the Senate's invitation to testify, finally announcing on Tuesday night that she would appear only after a thorough and complete FBI investigation. 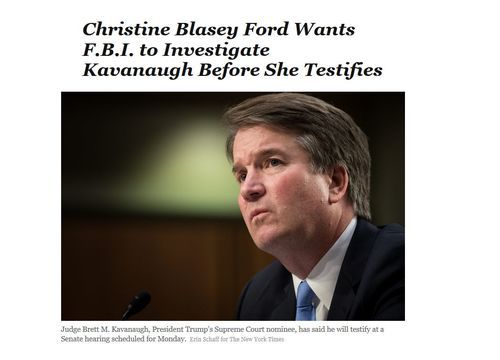 Tell me what an "investigation" of this matter involves. Do agents go door to door in Montgomery County, Maryland asking everyone who went to high school in the early 1980s if they remember going to some kind of party?

Second: IT'S NEVER THE VICTIM WHO NEEDS AN INVESTIGATION! She knows what her story is. It's the accused who wants an investigation to know exactly what he's accused of.

Blasey Ford already knows what she thinks happened. I've been waiting my whole life to unburden myself about that night in 1981, 1982 or 1983 in a dark bedroom. Well, I'm not sure if it was a bedroom, but it definitely had a door. And a ceiling and a floor-ish kind of thing. And walls—I know I was surrounded by walls. I remember thinking, "OH MY GOSH, I'M IN A CLOSED SPACE!" On one hand, walls keep me warm, but that's also why I've never enjoyed sex.

The only reason for the professor to insist upon an "investigation" is to delay having to give her story under oath until she knows what can be proved—and what can be disproved.

Of course, the main purpose of an "investigation" is to give the media time to browbeat Republicans into withdrawing Kavanaugh's name and doing the honorable thing by nominating someone more suitable. Someone like Asia Argento.