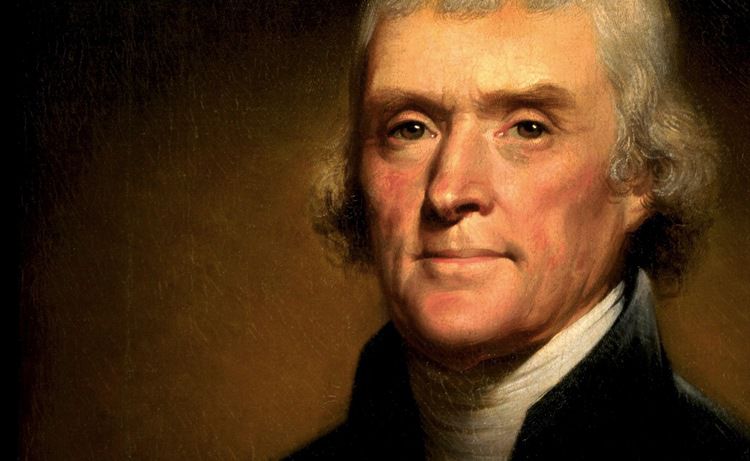 Happy Fourth! This Year, It's About Thomas Jefferson, Not Colin Kaepernick

This Fourth of July, the conflict is once again between people with normal patriotic instincts, and people who hate America. President Trump is one of the former, Colin Kaepernick is a representative of the latter.

Kaepernick is black, although quite pale for a black person, and his most recent anti-patriotic act was attacking Betsy Ross's flag, as it appeared on some sneakers. In Charlottesville, among other things the home of Thomas Jefferson's University of Virginia, Jefferson's birthday is no longer to be celebrated. One reason for that: the old lie about Sally Hemings.  [Charlottesville scraps Jefferson’s birthday as holiday, July 2, 2019] But the anniversary of his death is still celebrated perforce: he died on July 4, 1826. 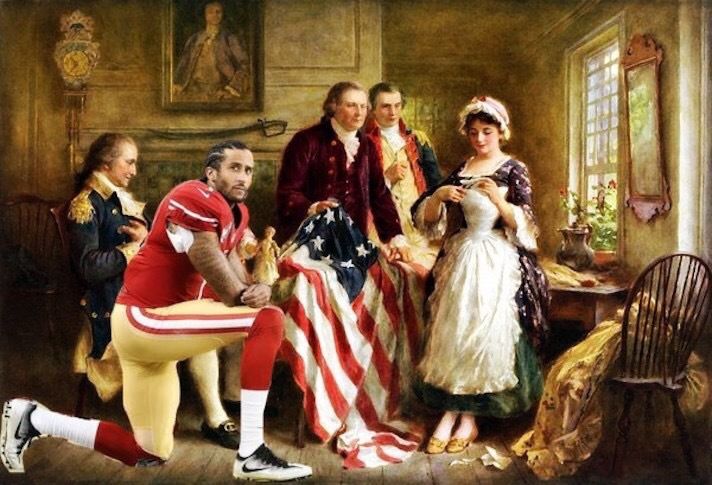 The only thing that Kaepernick knows about pre-Civil War America is that it owned slaves, just as the only thing that any of the modern anti-patriots know about Thomas Jefferson or George Washington is that they were slave owners.

Trump is a representative of an earlier America, which was taught in school that Washington was "First in war, first in peace, and first in the hearts of his countrymen."

That's why Trump is having a Fourth of July parade,  the kind of thing that would never have occurred to Obama.

And of course, Slate is freaking out. Will Donald Trump’s Fourth of July Parade Break the Law? asked Dahlia Lithwick yesterday. Her theory: patriotism can somehow be used to Trump's electoral benefit, thus violating the Hatch Act.

That would only be true if the Democrats were willing to come out of the closet as the party of Anti-America, which they haven't really since the Vietnam War, when Nixon won 49 states.

Tanks seem to provoke a visceral anti-patriotic reaction, as if the Left thought that Trump was planning to use them on welfare recipients.

But tanks have been a normal part of American military parades since they were invented—before that it was caissons.

Below, someone has posted a video saying he sees "Trump's tanks" entering the city, the replies generating the usual Trump/America hatred. Of course, they're not Trump's tanks, they're America's tanks.

And the response to that is from "MorlockP"—a writer named Travis J. I. Corcoran—"10 years ago I would have said that tanks in a parade were a non issue; I don't care either way. ...but it's been a wild decade. Now I actively want tanks. It's like "Bi / Gay / Dragonkin / Other sexuality" street signs. It offends the other tribe? Excellent! Bake the cake."

You can read this below, I’m quoting it in case Twitter vanishes it somehow.

Well, yes. First of all, being inoffensive has been tried by a number of Republicans, especially the kind we now call cuckservatives.

Second, what these people are offended by isn't really Trump: it's America.

So celebrate America, and when people are offended by that, you'll know them for your enemies, and America's.

John Adams, who died the same day Jefferson did in 1826, said on the Second of July, 1776, when the vote on the Declaration of Independence was taken,

"[The date] will be celebrated by succeeding generations as the great anniversary festival. It ought to be solemnized with pomp and parade, with shows, games, sports, guns, bells, bonfires and illuminations from one end of this Continent to the other from this time forward forever more."

He would have been happy to include tanks and fighter planes in that.

Happy Independence Day from all of us at VDARE.com!