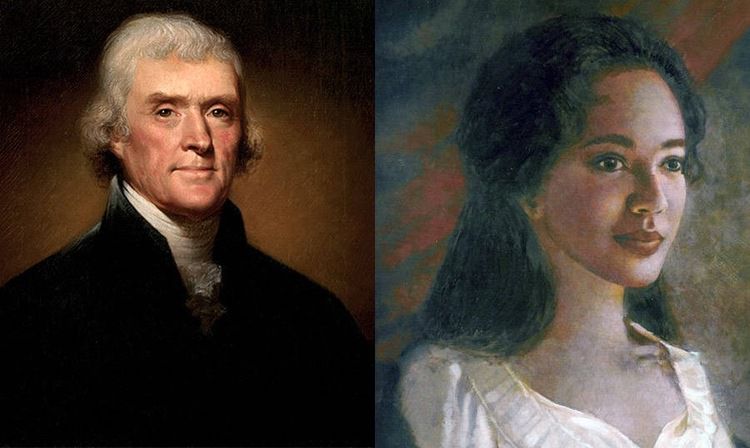 A tip of the hat to a group calling itself the Monticello Association, which represents the 700 or so known lineal descendants of President Thomas Jefferson. Last week, the Association, under immense racial and political pressure for several years, voted to do the right thing by telling the purported descendants of Jefferson's slave Sally Hemings to take a walk—into some other family. [Jefferson Group Bars Kin Of Slave Washington Post, May 5, 2002]

The decision may seem trivial enough, but it represents not only the victory for historical logic and scholarship over a racial and political powerplay but also a well-deserved kick in the face to those who think shouting "racism" can get them whatever they want.

In 1998, DNA tests showed that the present-day descendants of Jefferson's partly black slave carry a chromosome that could only have come from the male line of the Jefferson family. Some historians (one of whom was more recently discredited because of his phony claims of having served in the Vietnam war) jumped to the conclusion that Jefferson himself was the ancestor in question. Since that charge had been made in Jefferson's own lifetime by a muckraking journalist, it seemed to latter-day muckrakers to be likely enough.

But to others—including Jefferson's major biographer Dumas Malone—the claim never seemed plausible, and a group called the Thomas Jefferson Heritage Society conducted its own investigation. Last year its study reached the conclusion that the claim of Jefferson's paternity is "almost certainly untrue" and speculated that the Jefferson chromosome got into the Hemings line through Jefferson's rather wild brother, Randolph.

That theory is as likely an explanation as any and certainly more likely than the speculation that the strait-laced, 64-year-old president was the source. In part because of that study, the Monticello Association voted to deny the Hemings descendants membership and thereby rejected their claim to a blood relationship with Jefferson.

Well, so what? Why is it important that the Hemings family is or is not related to the Jefferson family?

The only reason it's important is that for those who want to reconstruct American history in accordance with their own racial and political fantasies, it's very useful to show that Thomas Jefferson fathered a child on a black slave.

Finally, it can be used to show that a major Founding Father was a hypocrite and a rake. If you're determined to expose or discredit what you think is the racist, sexist myths and morals of American tradition, the Jefferson-Hemings match is a great place to start.

But since the match probably never took place, the deconstruction can't either, which is why those who don't want to discredit most of American history and culture should tip their hat to the Monticello Association. By standing up for historical truth, the Association gave a fat lip to those want to replace truth with their own politically convenient lies.

That's exactly what the Hemings clan at once charged. "I am personally offended and represent offense for all African Americans," bawled Michele Cooley-Quill, a Hemings descendant. "This is offensive to the nation."

You don't have to be white to be a known Jefferson descendant, and not all descendants of Hemings are black (Hemings herself was at most a quarter black, and some of her known descendants married whites.)  If Miss Cooley-Quill wants to speak for "African-Americans," she's not speaking for all Hemings descendants, since not all such descendants are African-Americans.

Most of what the ideologues want to use the alleged Jefferson-Hemings connection to prove or disprove is already known: Some white slave owners exploited their black slaves; some whites are not as white as they claim to be; Bill Clinton was not the first president to have sex outside marriage nor the first to lie about it; and some Founding Fathers were probably not as pure as patriotic literature for children paints them as being. Grown-ups know all these things and always have, and knowing they're true really doesn't have any effect at all on American traditions and institutions.

But inventing lies about the past to discredit it probably does, and Mr. Jefferson's descendants have done both him and his country—as well as historical truth—a pretty good turn by refusing to let lies push in where they're not wanted and don't belong.