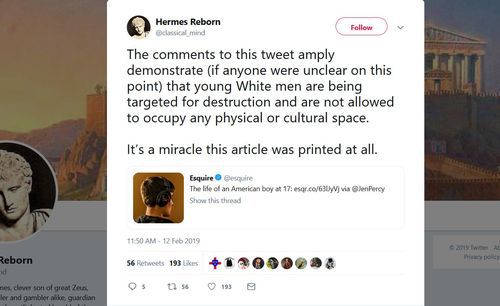 One of the weirder cultural phenomenon of recent years is the rise in publicly-expressed hatred for good looking young white guys. I didn’t notice it strongly until Sabrina Rubin Erdely’s classic “Rape on Campus” Rolling Stone hate fantasy in 2014.

It didn’t start to become visible to many until the Covington freakout when all sorts of blue checkmarks could discern at a glance the sheer patriarchal presumptuous evil of that guy getting a drum pounded in his face, even though if you looked with any objectivity you could see he was just a kid.

And today the Whole Woke World is in a rage over Esquire, a men’s fashion and lifestyle magazine, putting a picture of a handsome white youth on its cover. 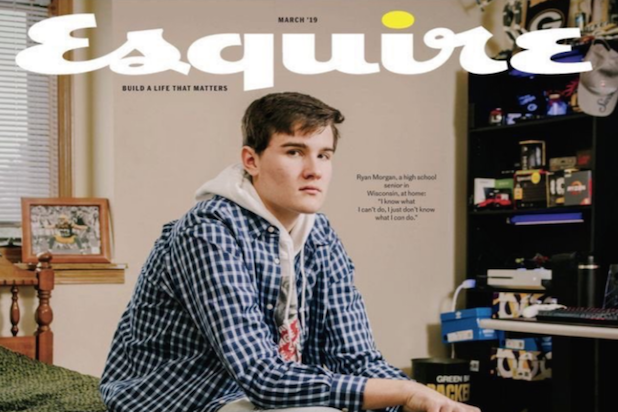 The funny wrinkle in this is that racist hate propaganda traditionally stereotypes The Other as ugly, not attractive. The Current Year prejudice that The Enemy is good looking has me thinking this is more about rape fantasies.